This is one of two monuments that mark where the Chisholm Cattle Trail went through Newton, 1867-1871. The marker erected by The Harvey County Historical Society in 1975. The base-cap-stone & granite were saved from the original Harvey County Courthouse and used for this marker and the K-15 Chisholm Trail Marker. 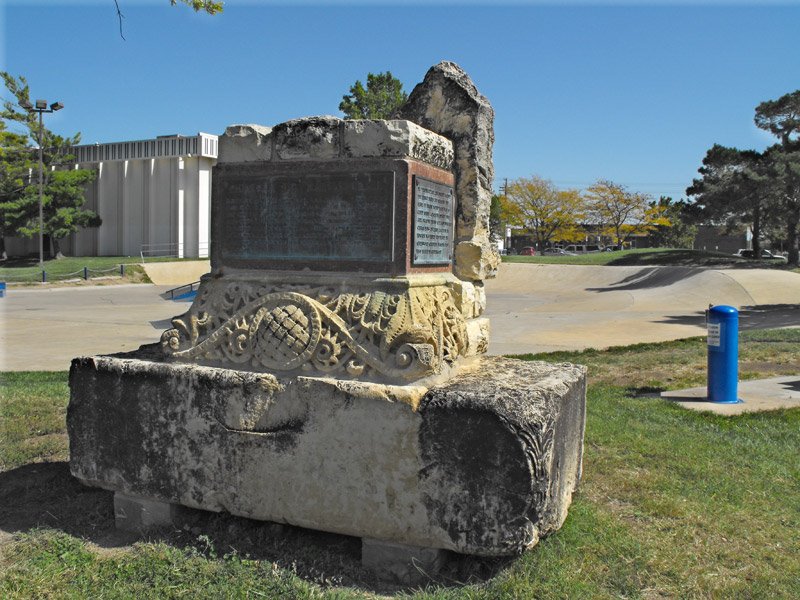 Beaten hard by the hoofs of millions of longhorns coming from southern Texas between the years of 1867 to 1871, the Chisholm Trail was an important route to drive cattle to the nearest shipping point.
The trail  went northward on Plum Street crossing Sand Creek at the 9th and 10th street crossing and on to Abilene, Kans. In one year, over 600,000 cattle were herded north over this trail to the rail head at Abilene. By 1871, the Santa-Fe had laid tracks to Newton, making the new town the shipping point for several years. Cow boy related businesses, including saloons and dance halls were located nearby. The Santa Fe Engine Round House was located south across the street.