David L. Nickens was born in Virginia as a slave. Although it is uncertain how he obtained his freedom, by the early 1800s, Nickens and his family arrived in Chillicothe. Nickens became one of the first African American ordained ministers in the state of Ohio, and he helped found the First Regular African Baptist Church of Christ in 1824. He and other members of the church were committed to ending slavery. According to multiple sources, he and other members of the church regularly helped slaves escape slavery by helping them find places to hide as they traveled north. Like many other African American families in antebellum Ohio, the Nickens family hid runaway slaves in their home and helped them get to another safe location as they made their way towards northern communities. The church was so dedicated to this movement, they changed the church name in the 1830s to the First Anti-Slavery Baptist Church of Chillicothe. It is important to recognize that Ohio barred African Americans from entering the state without documents proving their status as free people and a $500 bond, so each time Nickens and others assisted an African American refugee they were not only breaking the law, they were risking being arrested for being in Ohio as an illegal resident of the state despite being born in the United States. 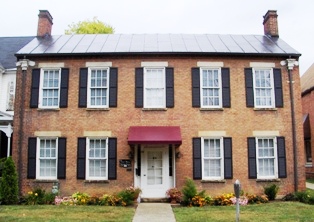 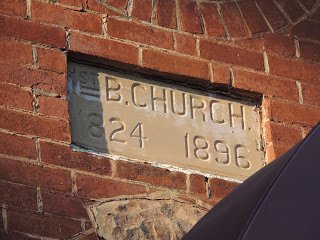 The David Nickens Heritage Center is home to three permanent exhibits: The Underground Railroad, African American Women in the 19th Century, and The Black Church in America. The Heritage Center is also the original site of Nickens’s church, now called First Baptist Church of Chillicothe. In 1836, Nickens moved with his family to Cincinnati, where he remained until his death in 1838. Nickens also helped establish the African Union Baptist Church, which was formed due to discrimination faced in the white-dominated churches of Cincinnati.

Nickens was ordained as a minister at the First Regular African Baptist Church of Christ in 1825, and once ordained, the new congregation established articles of decorum, pledging them to work for the abolition of slavery. In 1867, the church was relocated to 65 West Fourth Street from the New Jerusalem Society. Along with the move came a new name, the First Baptist Church of Chillicothe.

Nickens was one of many Underground Railroad “conductors” in southern Ohio.  He and other members of his church risked everything to assist slaves in running away from slave masters to freedom in the north. Those caught harboring or helping fugitive slaves could lose their jobs, home, or even their lives. The Underground Railroad came under use by Ohio residents by 1810. The state of Ohio played a vital role in getting runaway slaves across the river to the border, into Canada. Some newly-freed slaves would remain in Ohio and move into black neighborhoods, but most sought complete freedom out of the country. Racial prejudice, opposition to anti-slavery, and the threat of violence made those who had escaped slavery want to completely escape the country.

The Heritage Center’s goal is to preserve and display both national and local African American heritage. On this guided tour, documents, photographs, and artifacts from all over the country are on display so one can feel how very real and close to home this chapter of American history took place. This museum serves as a hub for local and state history on the Underground Railroad as well as national history regarding the post-Civil War struggle for black freedom.

This tour starts at the Majestic Theatre with stops at the former site of Ohio’s first statehouse and its replica as well as the birthplace of Lucy Hayes. The tour also features sites important to African American history, such as the David Nickens Historical Center.