The Spencer Museum of Art is the only comprehensive art museum in Kansas. It houses 45,000 works of art and cultural objects ranging from ancient times to the present. These include paintings, sculptures, prints, drawings, furniture, ceramics, and photographs. Strong areas include Medieval art; European and American paintings, sculpture, and prints; photography; Japanese Edo-period painting and prints; and 20th-century Chinese painting. In addition, the museum houses 8,500 ethnographic objects from the former Kansas Museum of Anthropology, which closed in 2007. Native American objects constitute the majority of this collection.

The Spencer Museum of Art opened in Spooner Hall in 1928 and moved to the current building in 1978. 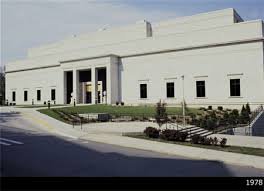 The origins of the museum date back to 1917 when Kansas City art collector Sallie Casey Thayer donated her art collection, which numbered 7,500 works of art from Europe and Asia, to the university. Her goal was for the university to establish a museum in so that this collection could be studied. It took some time but in 1928 the university established the museum in Spooner Hall, using the collection as a foundation on which to grow the museum. This indeed did occur and by the late 1960s it was clear that a new space was needed. Local philanthropist Helen Spencer donated $4.6 million to fund the building of a new museum, which was designed in the Neo-Classical style. The collection grew again in 2007 with the closing of the anthropology museum. Spooner Hall was renovated to house this collection.