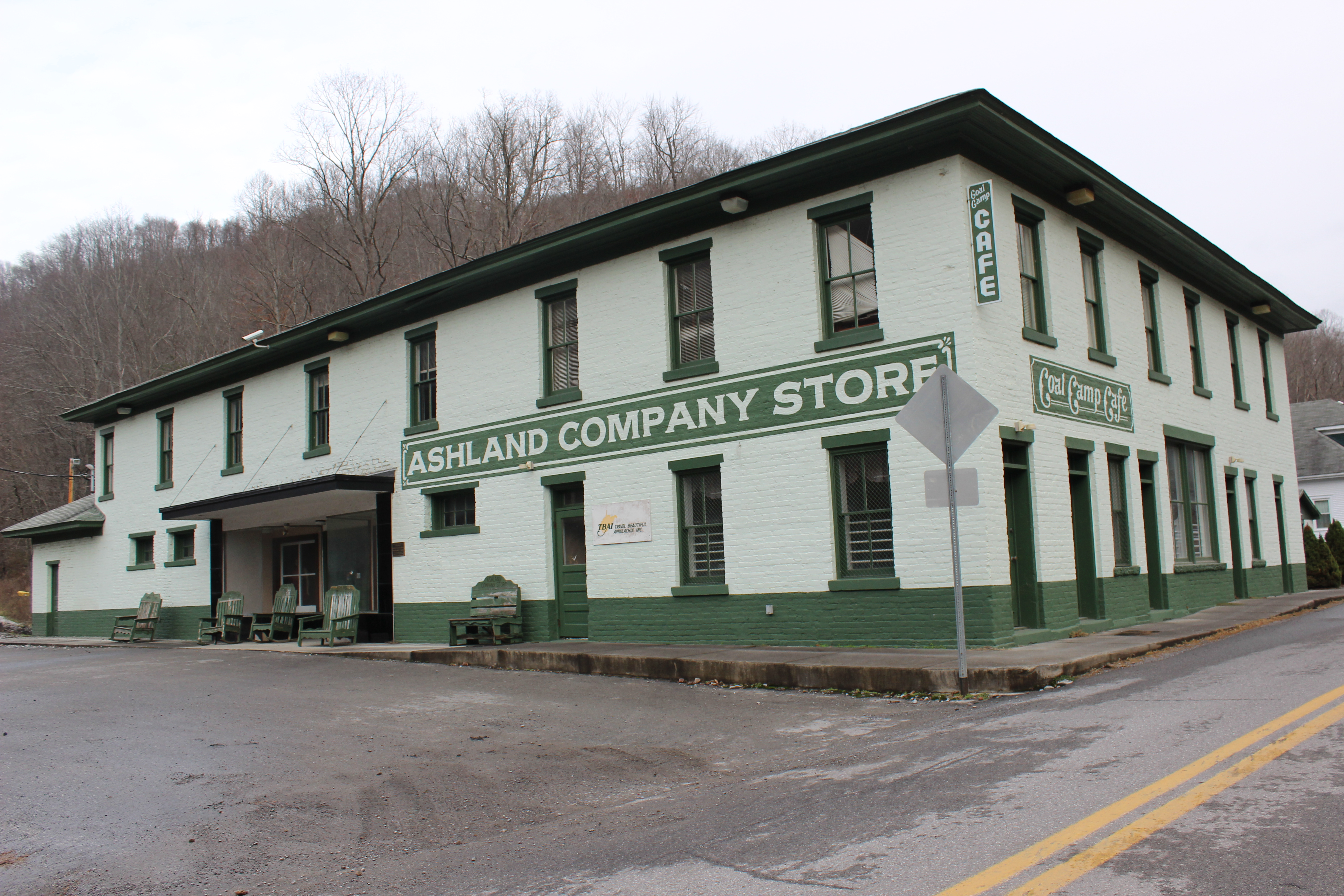 The Ashland Coal and Coke Company owned and operated the Ashland Company Store. This coal company was formed by entrepreneurs from the Pennsylvania anthracite fields.  W. J. Richards, chief engineer of the Lehigh and Wilkes-Barre Coal Company, secured a lease from E. W. Clark and trustees of the Flat Top Land Corporation. In 1907, they began constructing the company town.1

The town of Ashland was named after the Ashland Coal Company in Ashland, Pennsylvania. This town had an inn, two schools, two churches, company store, warehouse, and post office. Miners working for the coal company lived in company-owned housing and were paid in scrip.

The original company store was located across the street and served as a social hall and inn.  In 1943, the company store caught fire and the present building was converted from a warehouse into a company store.2  It housed the paymaster's office, post office, company offices, and store.  Company stores carried everything coal miners and their families could need or want: food, clothing, fabric, toys, weapons, and tools. They would pay for their purchases with scrip.  The Ashland Company Store was also a gathering place for residents of Ashland.