Built in 1905, the Navarro County Courthouse has been home to the county's government for over 100 years. It is the fifth permanent courthouse built at this location and was designed by architect J.E. Flanders of Dallas in the Beaux Arts style. The building is listed on the National Register of Historic Places and is a Recorded Texas Landmark.

The Navarro County Courthouse was built in 1905 and is the fifth county courthouse at this location. 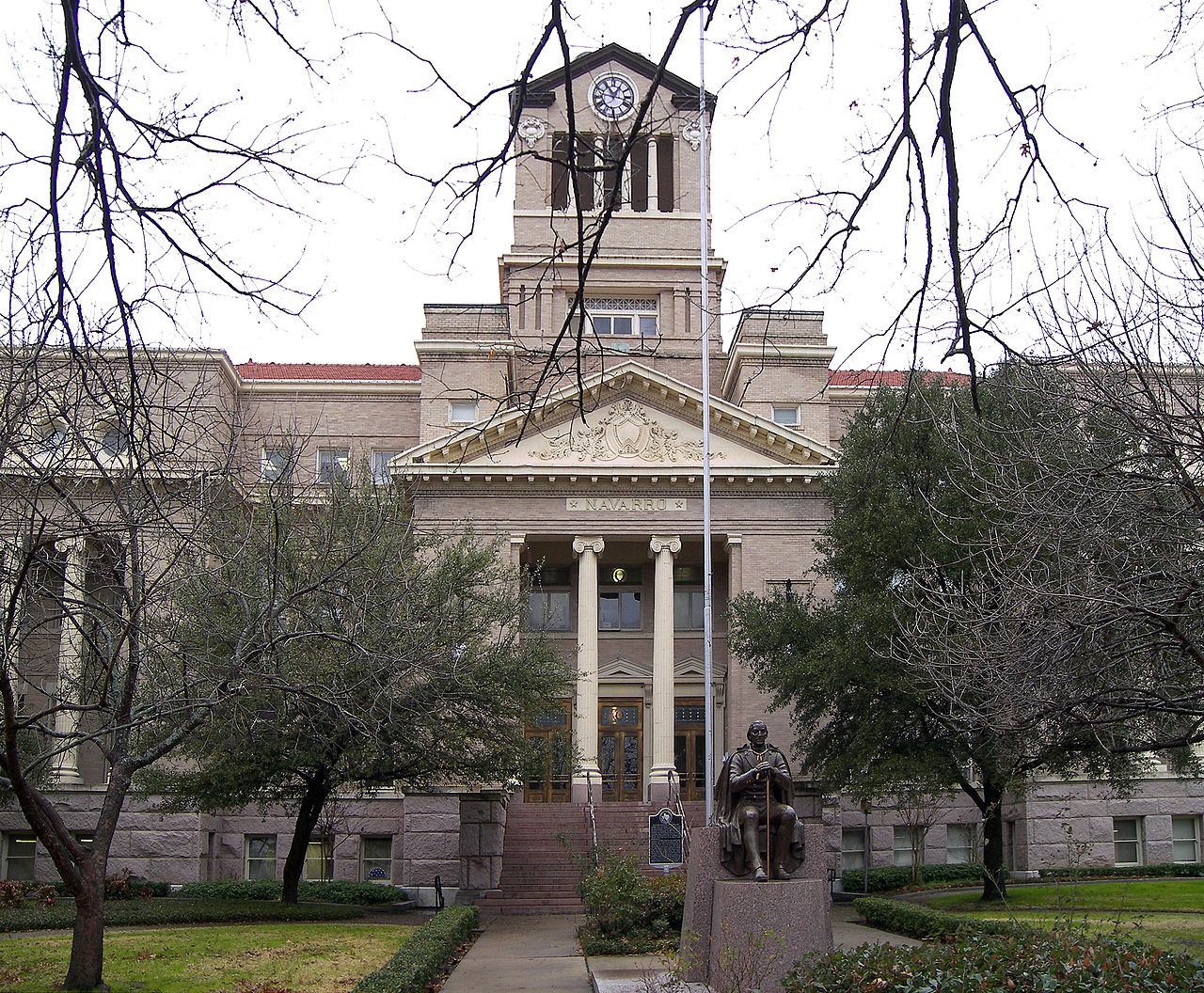 Railroads arrived in Corsicana in 1871, which proved to be a huge economic boom for the city. Trains supported the cotton industry and later the oil industry beginning in the 1890s. The railroads were located a few blocks to the south of the courthouse, and as a result the commercial and industrial district moved as well, leaving the courthouse square intact. The
square is therefore somewhat unique in Texas in that some historic buildings (now used as government offices) and modern commercial and government buildings surround the courthouse.