This National Historical Park preserves the battlefield and offers tours that interpret the Battle of Saratoga, a major turning point in the American Revolution. British General John Burgoyne led an army south from in a campaign that attempted to divide New England from the rest of the rebellious colonies. However, Burgoyne underestimated the strength of American forces led by General Horatio Gates. Gate's army inflicted heavy casualties in the Battle of Freeman's Farm and was overwhelmed after the Battle of Bemis Heights. The surrender of the British forces convinced the French Empire that the American rebels has a chance, leading to French assistance. With supplies and naval support from France, American forces were able to continue the war and eventually force a large British force at Yorktown to surrender. The National Park Service preserves the Saratoga Battlefield and offers a museum and visitor's center. 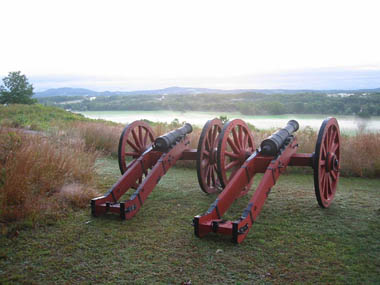 A reenactment of the battle 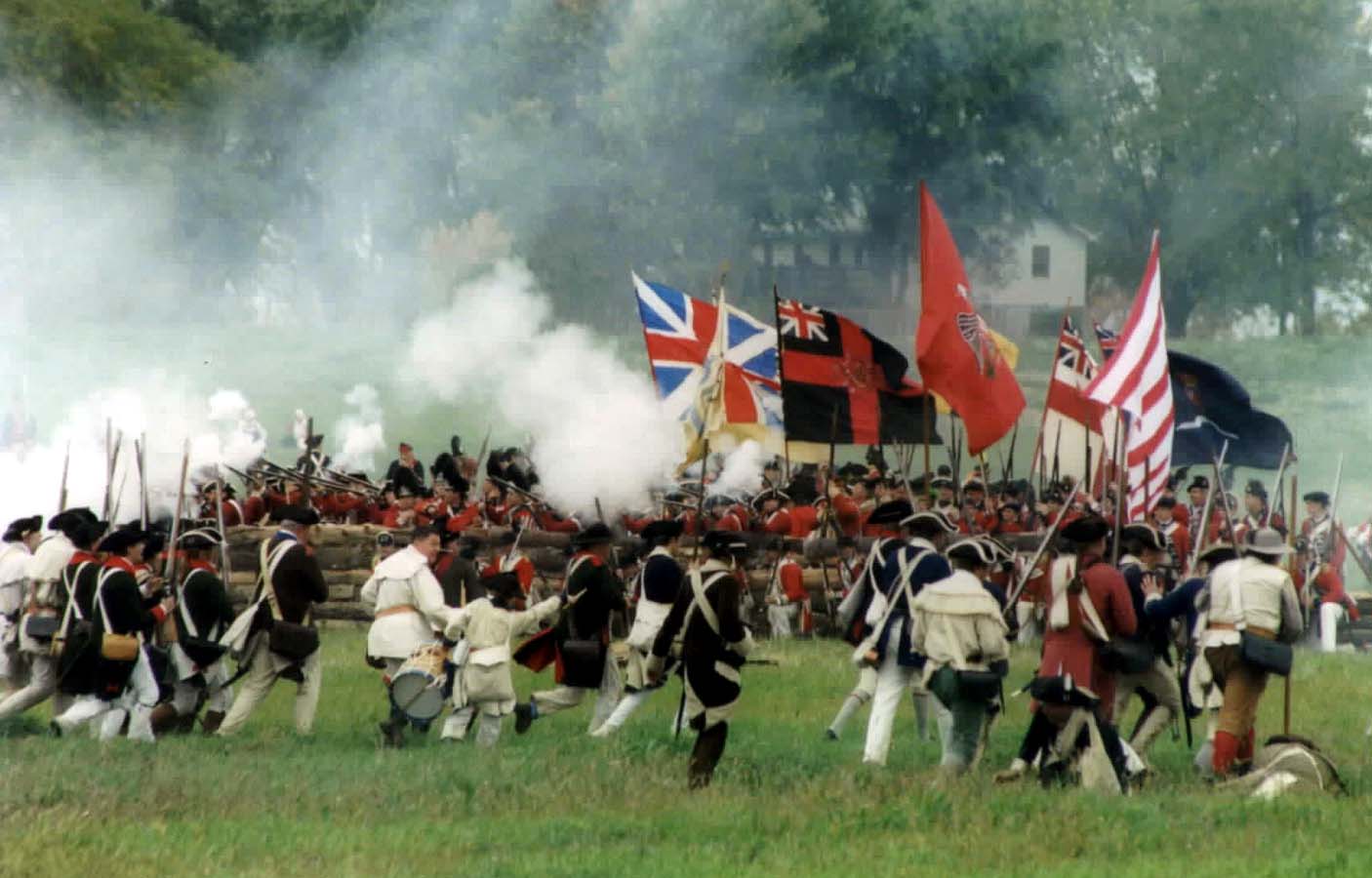 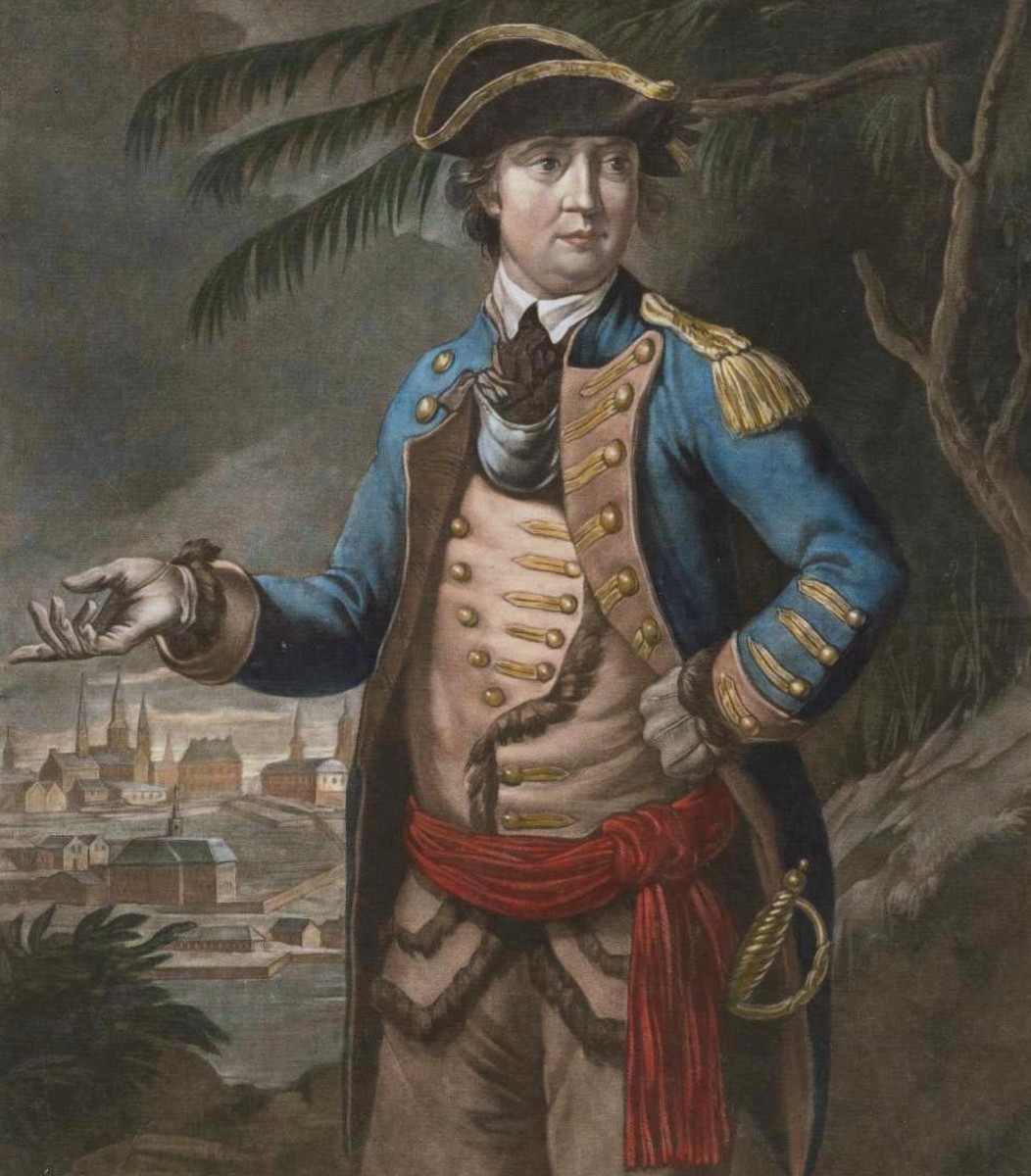 Daniel Morgan, who's Sharpshooters were instrumental to the Battle 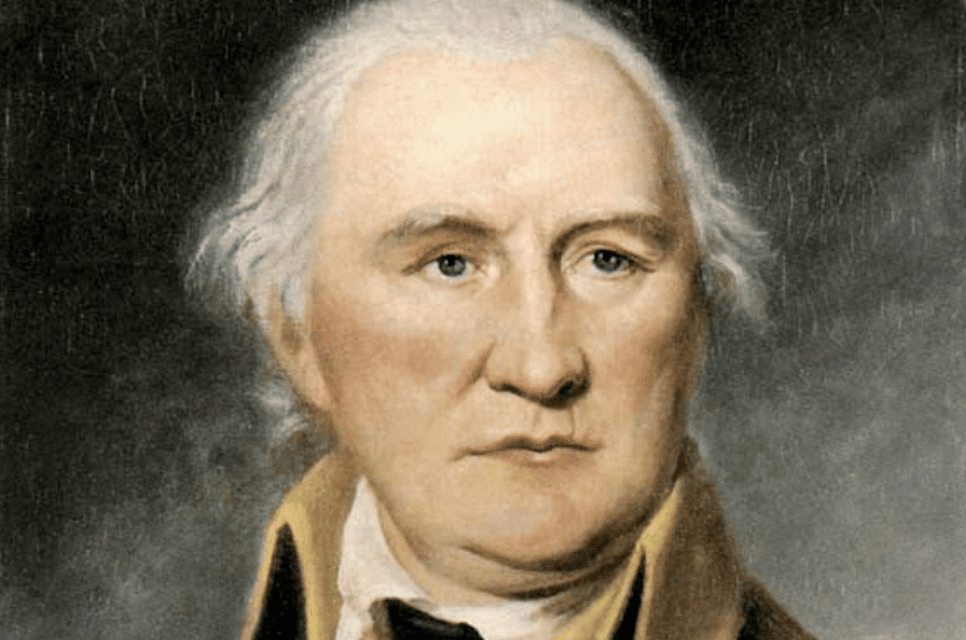 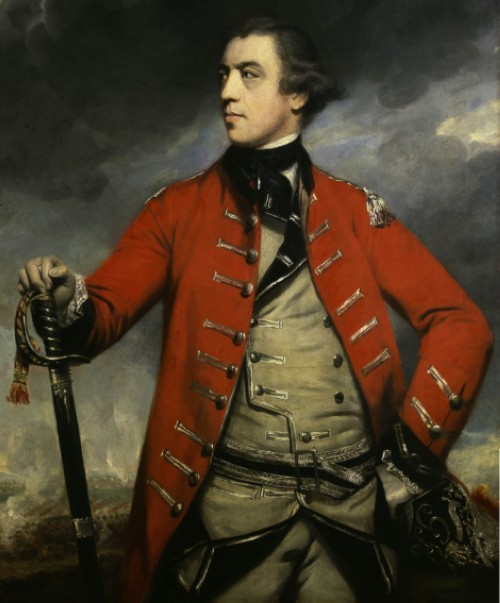 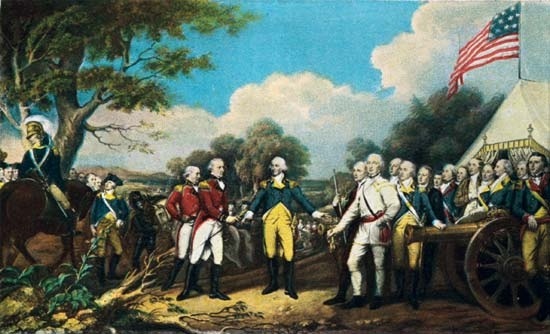 In 1777, the Colonial Army under General George Washington had suffered a series of defeats but continued to evade surrender or capture. As a result, British forces formed a new plan. General John Burgoyne, nicknamed "Gentleman Johnny," led a force of soldiers south out of Quebec in June, 1777 with the goal of controlling the Hudson River and cutting off the New England colonies from the rest of the colonies. Burgoyne's force marched down the Hudson River and recaptured Fort Ticonderoga, but soon after, they suffered losses to the American army at the Battle of Bennington. This defeat led many of the Burgoyne's Native American Allies abandoning the fight.

General Burgoyne's situation became more dire when he learned that the commanders of the other two British forces that were ordered to rendezvous with him at Albany were delayed. The British force moving down the Mohawk River was repulsed, while General William Howe abandoned the plan and marched on Philadelphia instead of marching north to link up with Burgoyne. Furthermore, as winter drew closer, General Burgoyne needed a place for his army to settle. Rather then fall back to Fort Ticonderoga, Burgoyne elected to advance on Albany.

Despite the Colonial army relying on the Fabian tactic of retreating when faced with a superior force, their commanders were aggressive when they held the advantage. The replacement of American General Philip Schuyler with Horatio Gates gave rebel forces an aggressive and competent leader. Washington also sent Major Generals Benjamin Lincoln and Benedict Arnold, along with reinforcements sent from Israel Putnam's army. The rebels also had the services of Daniel Morgan's professional rifle corps, and they would demonstrate the value of expertly trained marksmen.

On September 7th, Gates marched to intercept Burgoyne. His army entrenched themselves just south of Saratoga, creating a deadly barrier between "Gentleman Johnny" and Albany. General Lincoln was detached to harass the British forces' supply lines while rivals Gates and Arnold formulated a plan. At Arnold's suggestion, Morgan's Riflemen scouted the British positions and found an advanced company. The riflemen set up and began sniping the British officers, forcing the advance company to retreat in a panic.

As the main battle began, the British launched a direct assault on the American right flank, forcing the Americans to retreat. While Burgoyne controlled the battlefield initially, the Americans inflicted serious casualties that weakened the British just as more American forces were coming to the area. Burgoyne encamped his forces hoping General Clinton would come to his aid. However, by October it was clear this would not be the case. On October 7th, running low on resources, Burgoyne faced a much larger American Army that swelled in size thanks to the arrival of more volunteers and the desertion of some British troops. Seeing his position deteriorate, Burgoyne dedicated his forces and tried to break through the Colonial lines. This attempt failed and many of the grenadiers under Burgoyne's command were killed and much of his force was surrounded and captured. At the same time, General Arnold rode out to the front lines to take charge and beat back the British. The British army was surrounded and General Burgoyne surrendered.

General Benedict Arnold received a leg wound during the battle, and was bedridden for several months. While his command was restored, and he was made military governor of Philadelphia, he was still bitter over his treatment during Saratoga by General Gates. As a result, he would later enter correspondence with the British to hand over the key American Fort of West Point, going from a famed War hero to the most famous traitor in American History. General Gates would attempt to replace General Washington as Commander-in-chief of the Army, before becoming Commander of the Southern Armies where he suffered a loss at the Battle of Camden, he would never command a force again, nor would General Burgoyne. The Battle of Saratoga convinced the French that even if the Americans were defeated, they represented a serious threat. Supporting the Americans could weaken the British, the French decided, leading to the commitment of material support.

The National Park Service preserves the Saratoga Battlefield and offers a museum and visitor's center. The Park Service helps to coordinate a battlefield reenactment every year on the anniversary of the battle. The park is also home to the Boot Monument, dedicated to Benedict Arnold while not specifically mentioning him, and to the north is the Saratoga National Monument.