The Pamplin Historical Park preserves and interprets the history of the nineteenth century American South, with a focus on the Civil War and Battle of Petersburg. The 424-acre campus comprises a Civil War battlefield, Confederate earthworks, antebellum homes, slave quarters, archaeological sites, hiking trails, and four museums, including the National Museum of the Civil War Soldier. The battlefield is a National Historic Landmark and a National Register of Historic Places district. Pamplin Historical Park was founded by businessman and Civil War enthusiast Robert B. Pamplin, Jr., whose ancestors lived at the Tudor Hall plantation. The family's Pamplin Foundation owns and operates the park.

An exhibit at the National Museum of the Civil War Soldier.

Tudor Hall, built in 1812, interprets the history of agrarian life in Virginia. 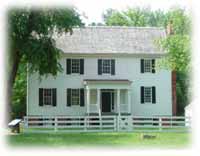 The Banks House, one of the oldest houses in the county. 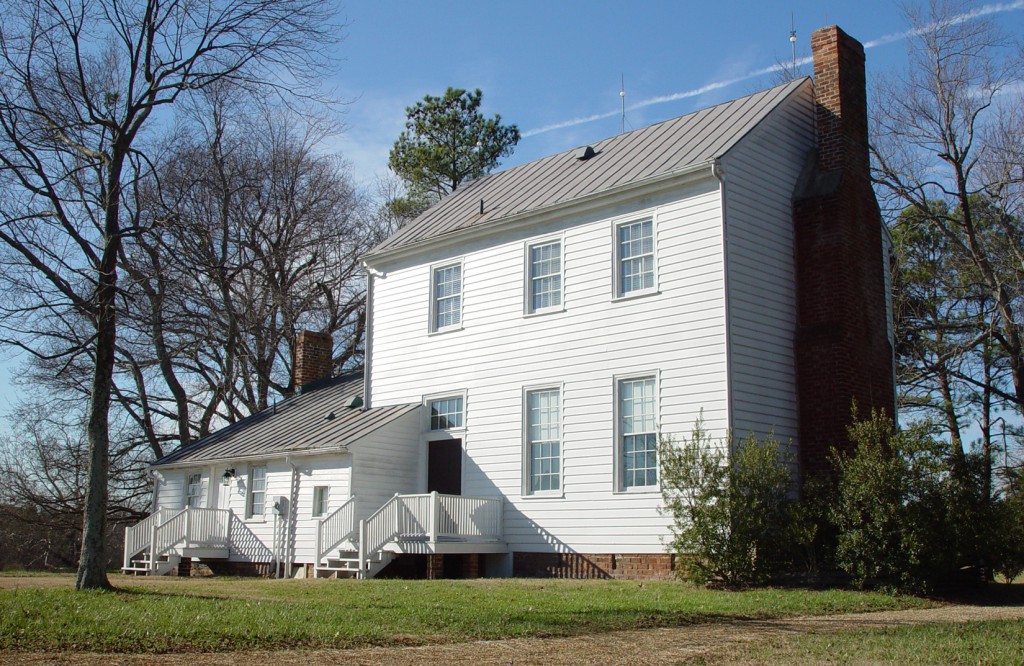 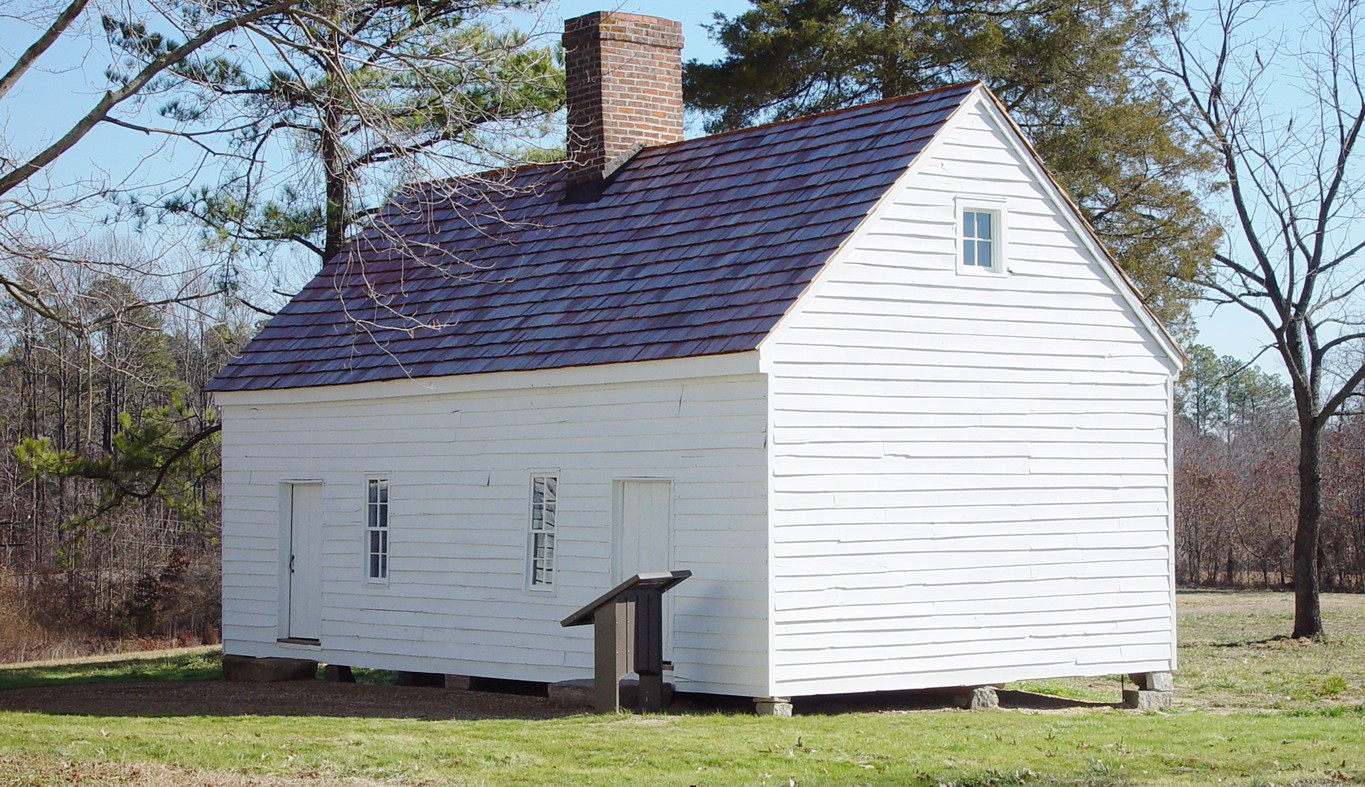 The reconstructed slave quarters on the Tudor Hall property. 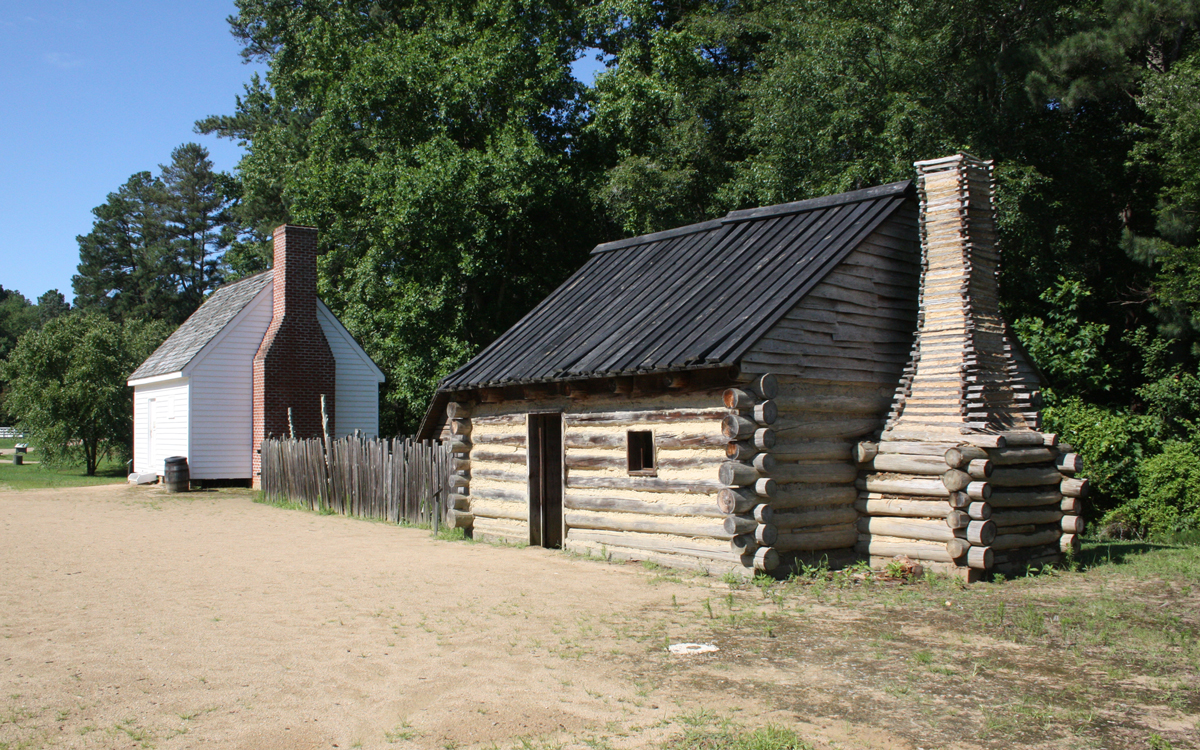 A map of the Breakthrough at Petersburg, which occurred on April 2, 1865, which led the Confederates to abandon Petersburg and Richmond. Courtesy the Civil War Trust. 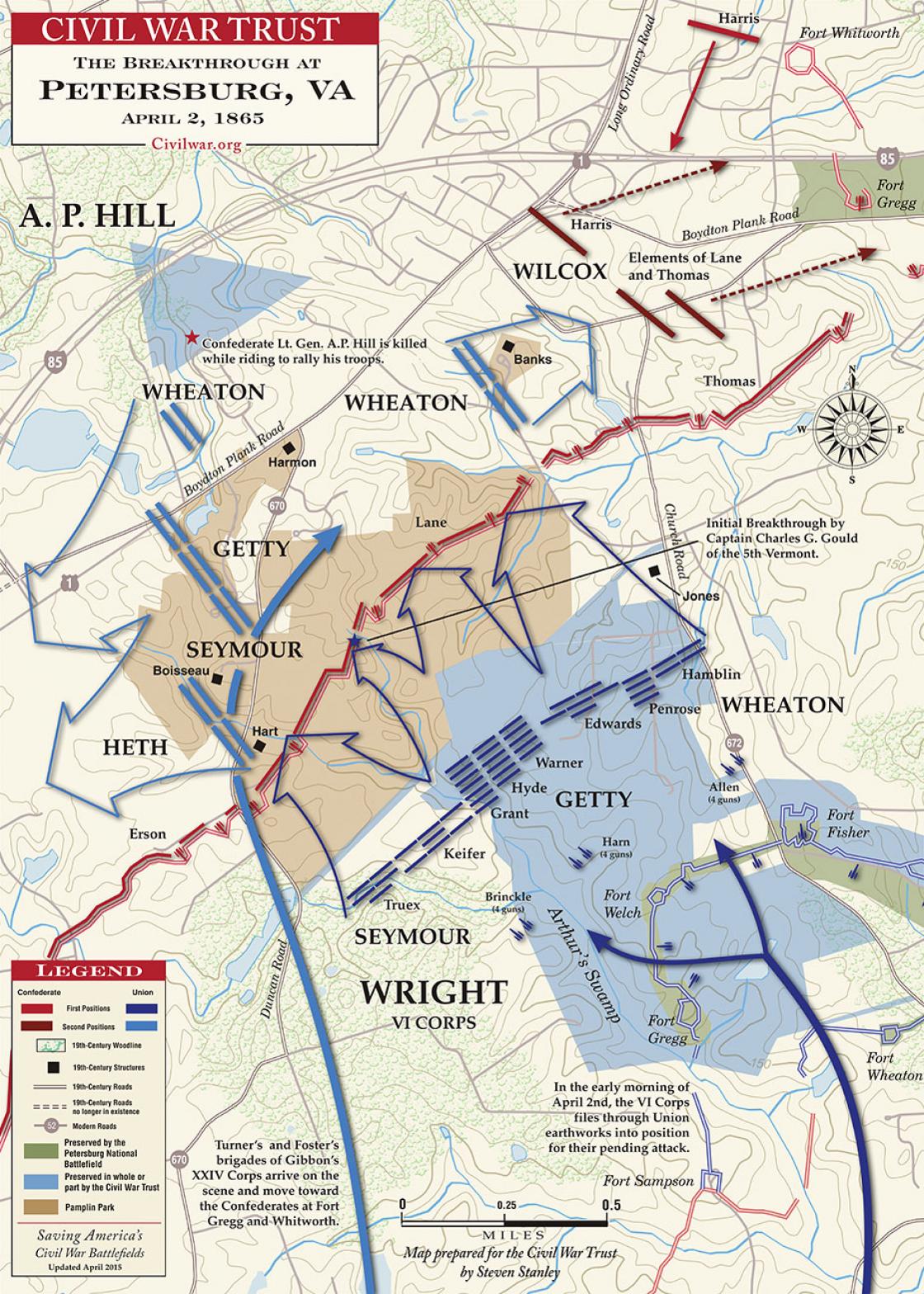 At Pamplin Historical Park, the historical resources on-site tell the stories of soldiers, generals, planters, and slaves in the pre-Civil War and Civil War eras. The Banks House is one of the oldest surviving buildings in Dinwiddie County, Virginia, dating to 1740-1760 when it began as a tobacco plantation. Behind the house is a kitchen and residential quarter for slaves and servants built between 1840 and 1850. Up to twelve slaves owned by the Banks family lived here at one point. They cultivated produce for the Petersburg market. At Tudor Hall, the Boisseau family, direct ancestors of Robert Pamplin, operated a successful plantation. Part of it was sold off in 1859 to become what is known as the Hart Farm. It transferred hands a few times as the families who owned it was broken apart by the Civil War, which began in 1861.

To the Confederacy, Petersburg was a flourishing city with resources, transportation systems, and connections to Richmond, the Confederate capital. To the Union, capturing Petersburg could be a way to weaken the Confederacy. In June 1864, Union forces under Lieutenant General Ulysses S. Grant began a nine-month assault on Petersburg, which arrived at the current Pamplin Historical Park grounds in the fall. The Hart Farm saw the first combat. At the abandoned Tudor Hall grounds, Confederate soldiers established their winter quarters and developed 1,700 linear yards of earthworks to protect themselves from attack. On April 2, 1865, the Third Battle of Petersburg began. Grant used the Banks House as his headquarters and briefly met with Major General George G. Mead at the Harmon House, which no longer stands. Third Battle of Petersburg forced the Confederates to surrender and evacuate Petersburg and Richmond.

Today, Pamplin Historical Park works in cooperation with Petersburg National Battlefield and the Civil War Trust, which preserve properties bordering the park. The National Museum of the Civil War Soldier is also located at Pamplin, which interprets and commemorates the three million soldiers of the Civil War. Its exhibit "Duty Called Me Here" allows each visitor chooses a soldier, based on a real person, to "guide" them through the life of a soldier. The exhibit ends with the fate of your Civil War guide.

Throughout Pamplin Historical Park, the diverse experiences of people from history are interpreted. The Field Fortifications Exhibit and Military Encampment shed light on the lives of Civil War soldiers. Trails lead visitors through the historic Petersburg battlefield where the scope of military fortifications are visible. The Field Quarter illustrates the lives of African American slaves of the time period with reconstructed quarters. Here visitors can watch videos on the history of slavery and learn about the residences, heritage livestock, crops, and gardens.