Fresno's Kearney Mansion once served as the residence of the ranch manager for the estate of M. Theo Kearney. Kearney had plans to build a grand estate which would feature an enormous chateau as his home, but the home was never actually completed. The ranch manager's residence now listed on the National Register of Historic Places. 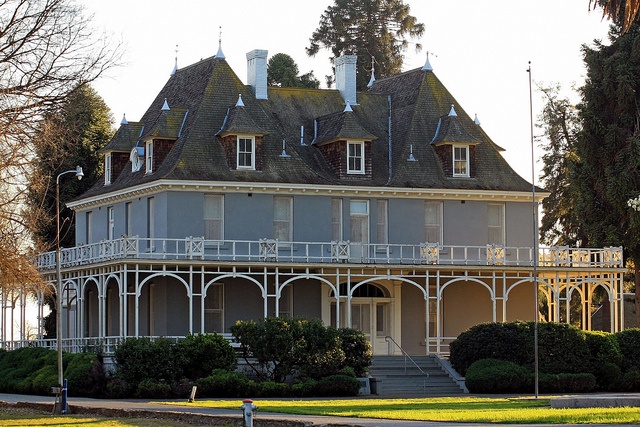 The planned Kearney chateau which was never completed 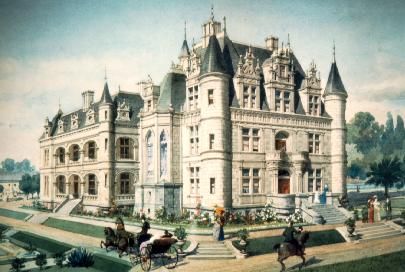 Martin Theodore Kearney arrived in California in 1869 as a twenty-seven-year-old. At that age, Kearney was already a wealthy businessman who had reinvented himself from a poor boy born in a Liverpool slum.

At the time of Kearney's arrival, vast plots of land in the San Joaquin Valley were being purchased by investors. Kearney was hired by Bernard Marks and William Chapman to develop and manage the Central California Colony, the first colony farm in Fresno County. Kearney proved to be quite successful in selling the colony's plots, and the colony grew rapidly.

In the 1880s, Kearney bought over 6,000 acres to establish his Fruit Vale Estate to the east and southeast of Fresno. Kearney used the land for the cultivation of the raisin grape, which would become the primary source of his wealth and earn him the nickname "The Raisin King."

Kearney was one of the founders of the California Raisin Growers Association. The association's primary goal was to stabilize the raisin industry. Though the industry was not without its problems, Kearney was seen as a savior for the state's raisin producers and his ideas were later adopted by Sun-Maid Raisin Company.

In 1892, landscaping began on the Fruit Vale Estate, which Kearney planned for the cultivation of raisins, but also for his home. The park was to include Chateau Fresno Park, a complex which would include a massive chateau built to serve as Kearney's residence. While the chateau was under construction, Kearney lived in the ranch manager's residence. At the time of Kearney's death in 1906, the chateau was not complete, and what is known as the "Kearney Mansion" today is actually the ranch manager's residence. It is located in Kearney Park, which was planned by Kearney himself and was described by the San Francisco Chronicle as "the most beautiful park on the West Coast."