The historic marker for Chrislip Hollow sites at the junction of Rt. 57 & Scales Road in Barbour County, WV. The Revolutionary War patriot Jacob Chrislip, wife Nancy Singer Chrislip and multiple children trekked from Pennsylvania settling the area in 1782. The gravesite for both Jacob and Nancy are one mile north of the marker site. This couple and their 14 children are considered one of WV (then VA) pioneer families. 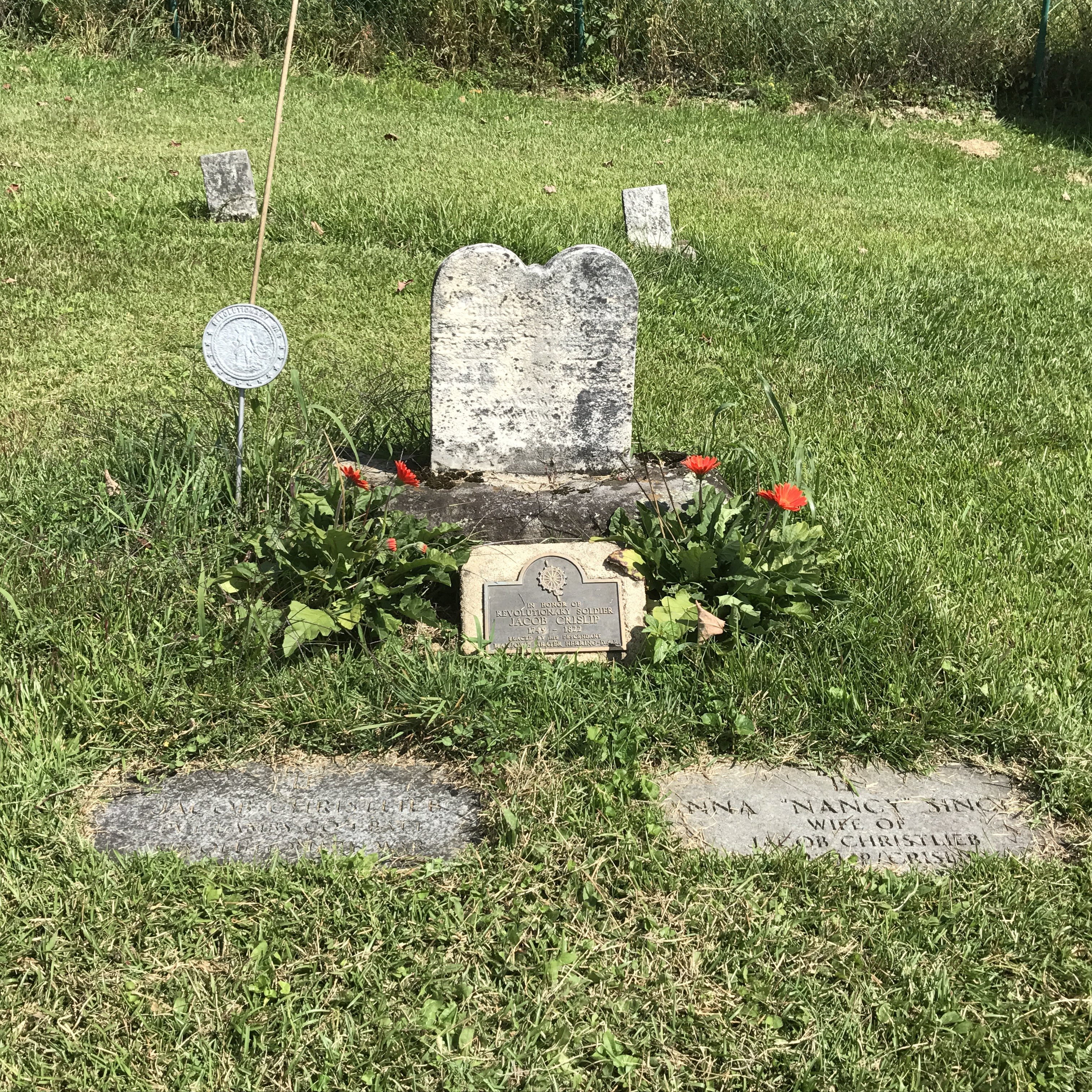 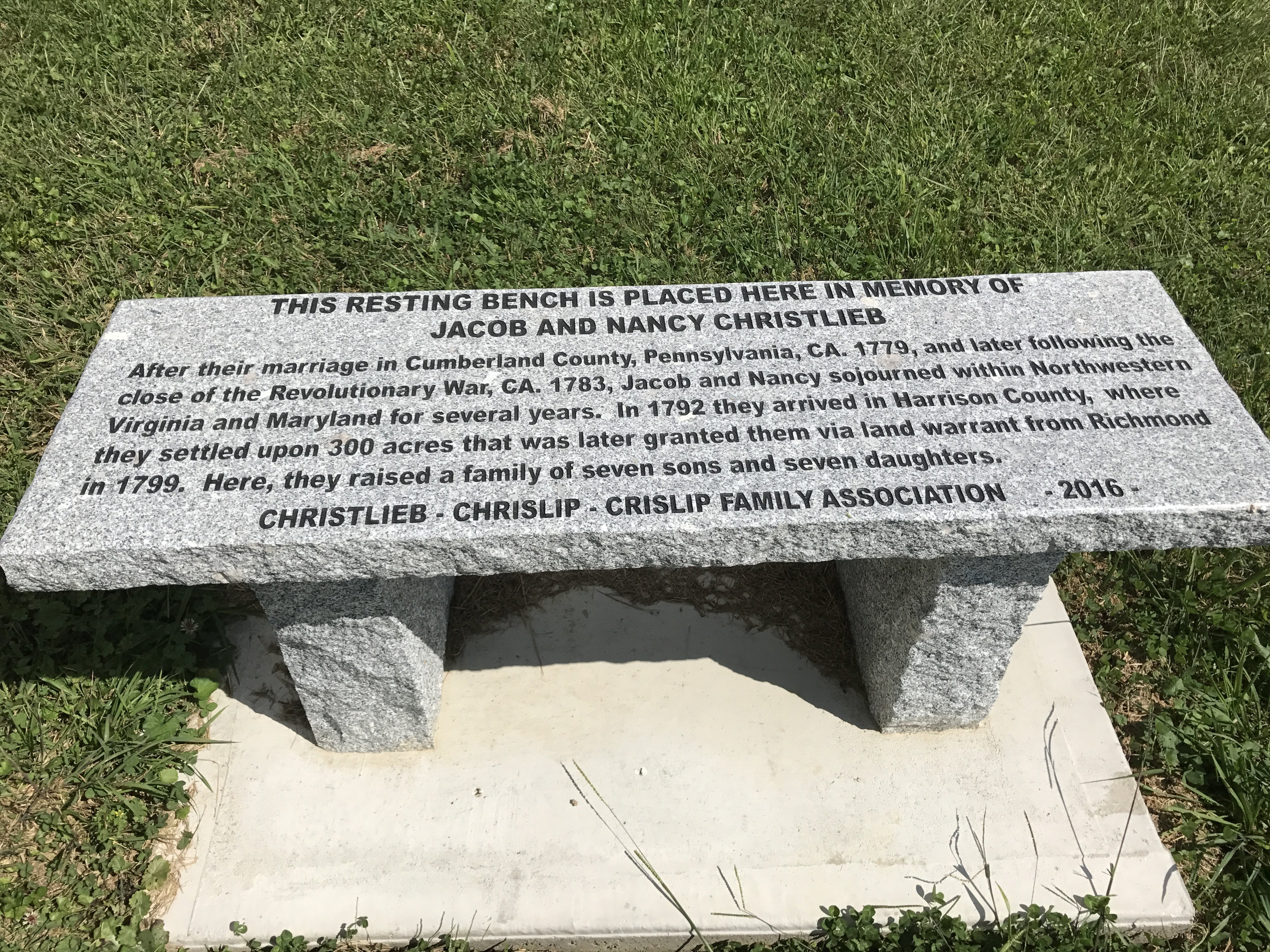 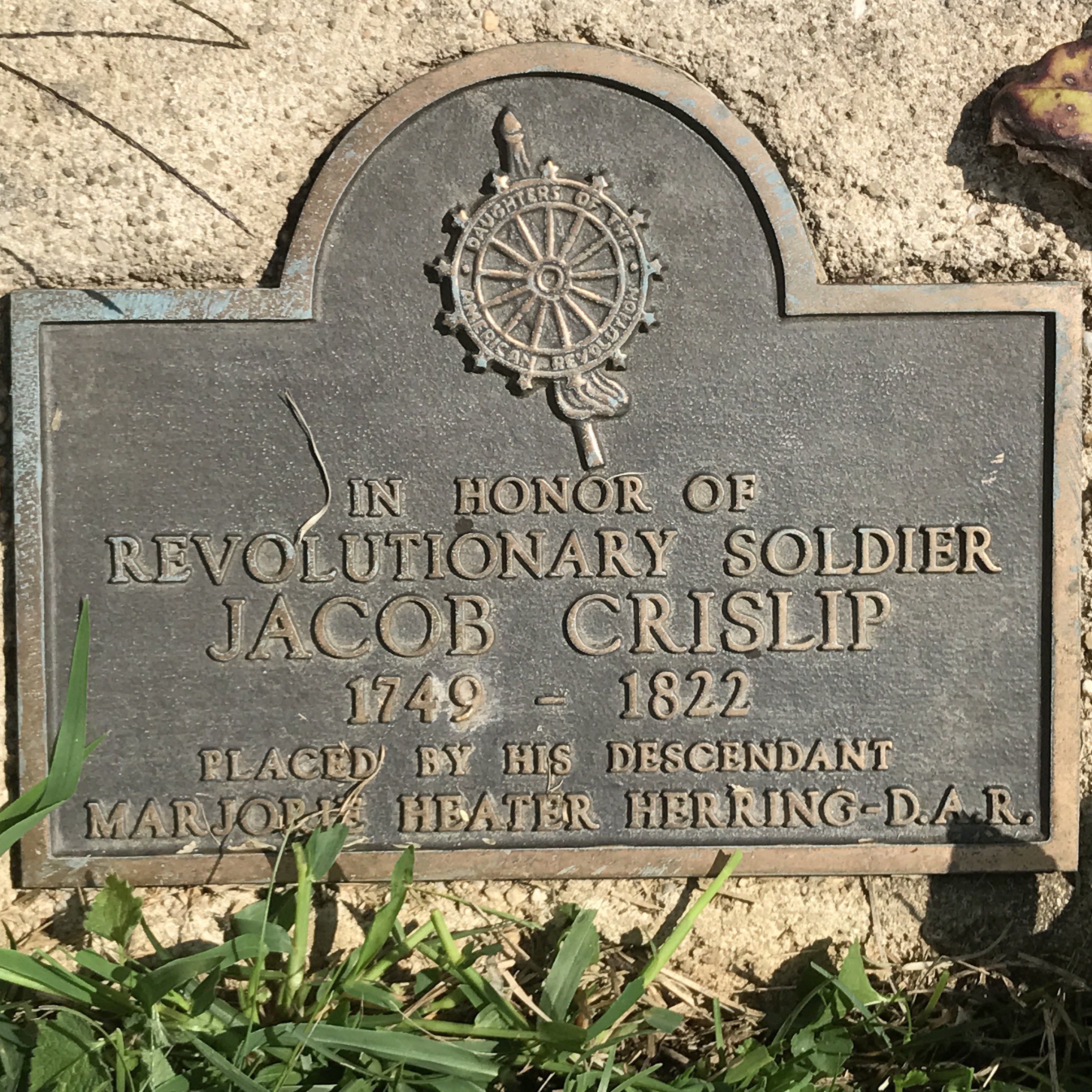 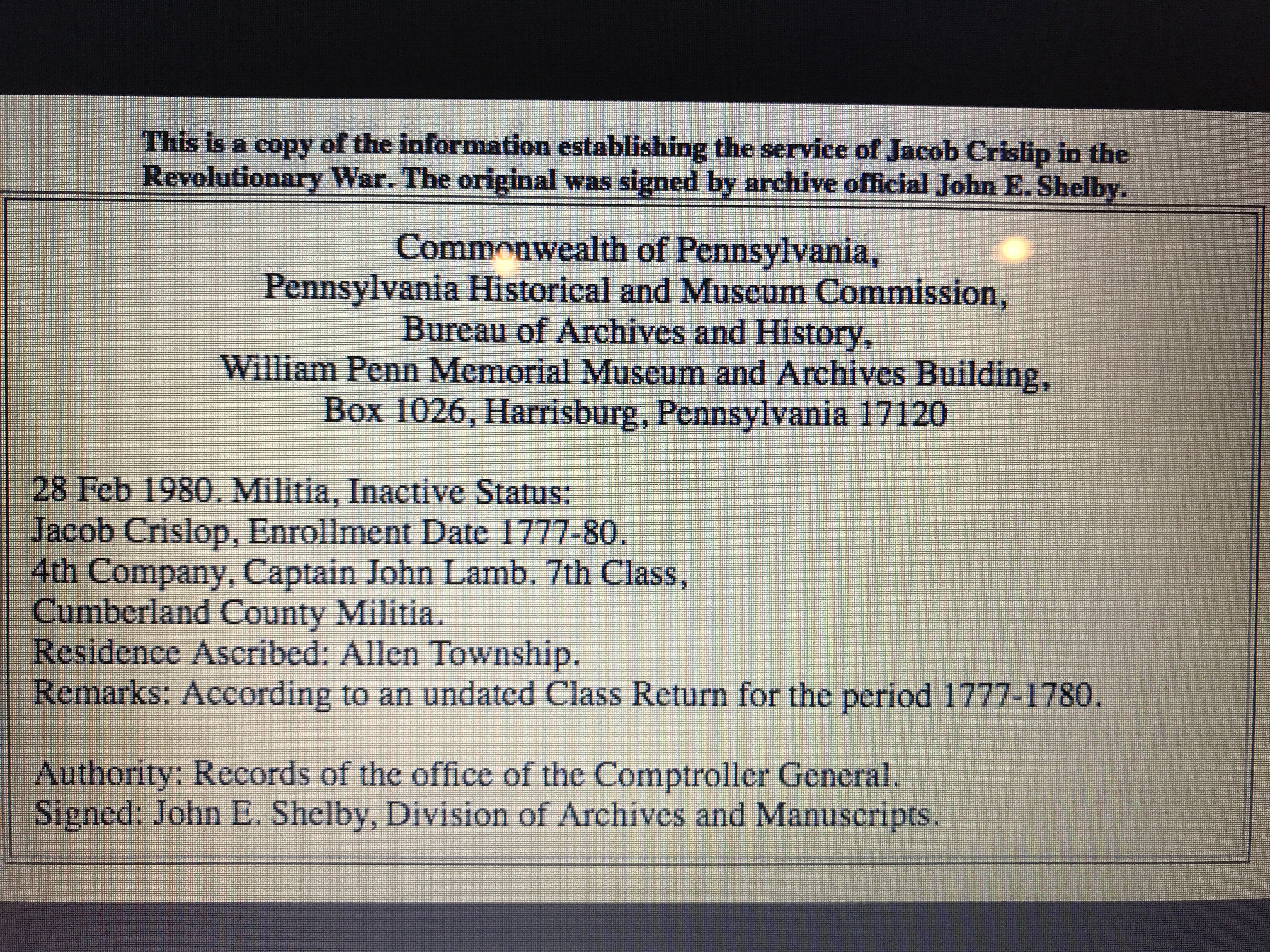 At the age of 14, Jacob Chrislip immigrated from Germany to America with his family.  They settled near the Susquehanna river near the Pennsylvania and Maryland boundaries to begin their new lives in the new world.  In 1777, Jacob was actively enlisted in the Pennsylvania Militia.  Jacob served in the 4th company, 7th class, Cumberland County Militia, under Captain John Lamb, a leading member of the Sons of Liberty, from 1777-1780 during the Revolutionary War.
With the various treaties between the British and Native Americans that moved the Proclamation Line between the colonies and the Indian territories (which was surveyed by George Washington) more westward (now Kentucky and West Virginia), many settlers began moving into the Shenandoah Valley and into North-Western Virginia, as would the Chrislip family.   In 1782, after the Revolutionary War, Jacob, his wife Nancy "Anna", and children made the pilgrimage from the wilderness of Pennsylvania to the mountains of Virginia.  The trek from Pennsylvania to the mountains of Virginia would have been an exhaustive and arduous task with heavy thick wilderness, Indians, and even after they reached their destination, the closest Fort or outpost to help in the case of an Indian attack was over 5 miles away and already a few small children in addition to their life belongings.  They settled in what is now Elk City, WV, near Philippi in Barbour County.  There they raised 14 children, 7 boys and 7 girls and this family is considered one of the pioneer families of West Virginia.
The WV historical highway marker that has been placed to recognize the homestead and later the burial places of Jacob and Nancy Chrislip and many of their children.  It is located at the junction of U.S. Route 57 and Scales Road 5 miles west of U.S. Route 119.  Approximately 1.5 miles north of this marker is the Chrislip family cemetery where Jacob and Anna are interred.  This family cemetery is cared for by the Chrislip - Chrislieb - Crislip family association.  Many of the gravestones here carry the D.A.R. (Daughters of the American Revolution insignia).
It is known from family histories and American war records that Jacob Chrislip served during the Revolutionary War.  As his family is one of the first, early settlers of Harrison County, VA (now Barbour County, WV) their early sacrifices and accomplishments during that time do not go unnoticed and are a testament to the spirit of the American people and the resilience that surged them forward into the new world.