The octagonal design makes the City Market building one of the most unique in the city of Petersburg. Photo by Richmond Times Dispatch. 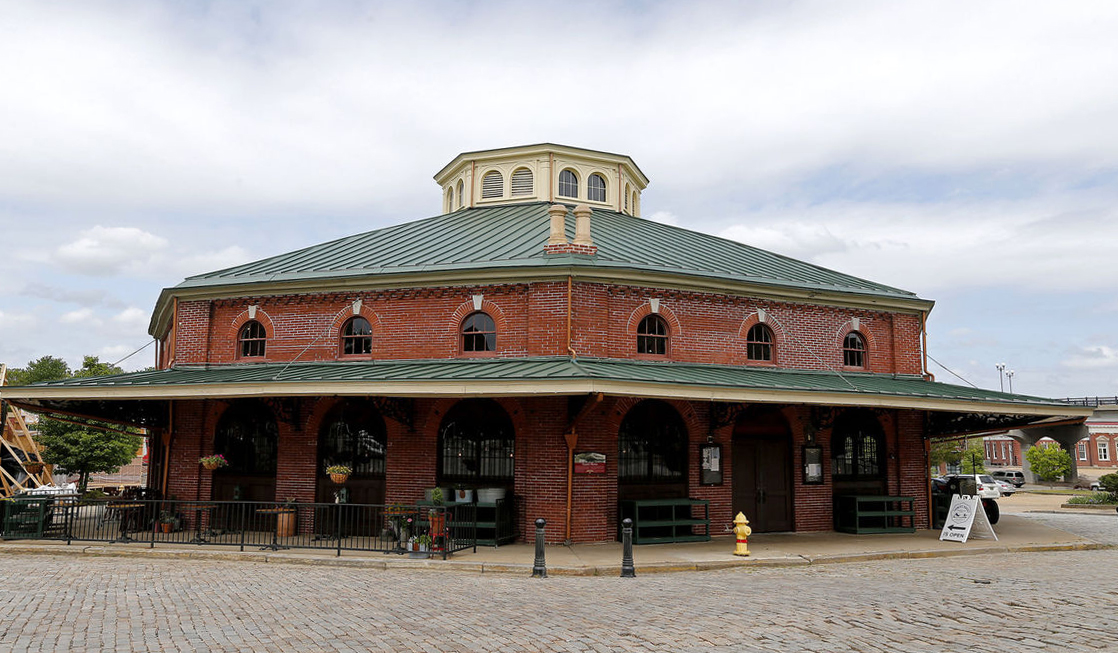 The City Market interior when it was the Farmer's Market Restaurant. Photo by Richmond Times Dispatch. 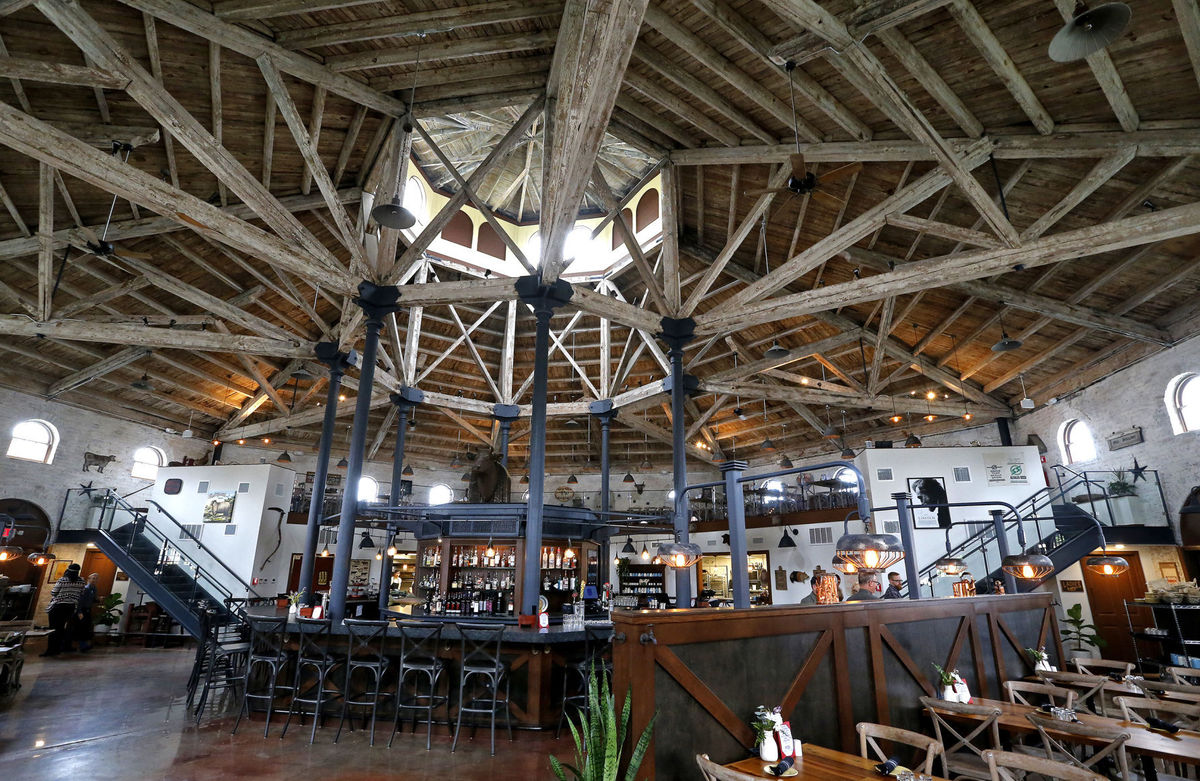 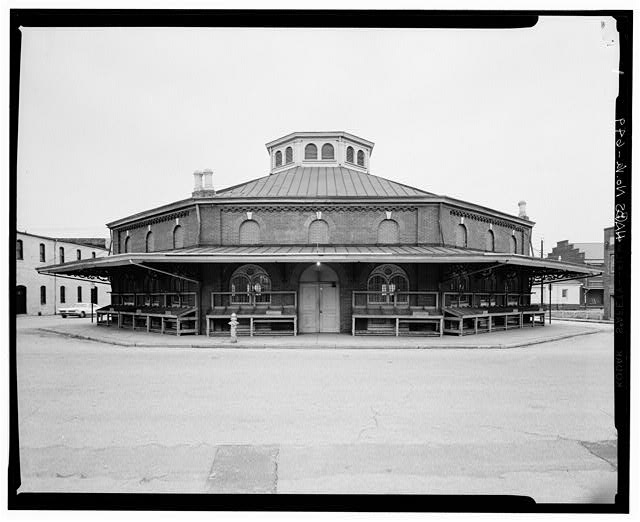 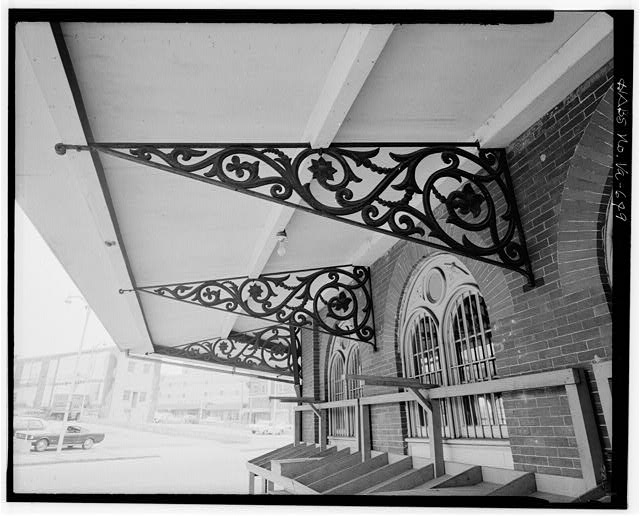 As the fourth market to have stood on this site, City Market is part of a longer history of agriculture and commerce in the area. The first was built in 1787, when Petersburg was an important agricultural city in Virginia. In 1806, Robert Bolling, an affluent merchant, purchased the property and intended it to remain a market well into the future. When the City of Petersburg acquired the property, they sought proposals for a new market building in 1878. City Council reviewed four plans before choosing a "handsome and imposing structure" designed by B.J. Black of Richmond. The octagonal structure, around 80 feet in diameter, served as the meat house, with twenty butcher stalls and a large refrigerator at the center. A 1878 article in the Petersburg Index-Appeal noted that "the meat stalls are so arranged that no one is more desirable than the others, but all possess equal advantages." Each butcher stall contained a marble countertop one inch thick.  Outside the meat house, dozens of vendors and fishermen sold goods in a 70-foot long shed. A restaurant and an office space for clerks was also nearby.1

Octagonal structures like City Market are uncommon, though the design is found across the world in churches, barns, forts, halls, pavilions, lighthouses, libraries, schools, and government buildings. A few examples appeared in early America, such as Thomas Jefferson's Poplar Forest retreat house in Lynchburg and the Octagon House in D.C., where President James Madison escaped from the White House after it was torched by the British in the War of 1812. In the mid-nineteenth century, the octagonal house trend took off with amateur architect Orson Squire Fowler, whose 1848 book argued that the octagon shape could provide residents with more space and better ventilation. With practical promises and curious design, octagonal houses throughout the country and in various architectural styles. Although the octagonal house never gained widespread use, other buildings, such as markets, continued using the design and took advantage of its possibilities.2

To recover from the Civil War, Petersburg industrialized and materials like cast iron were more readily available. City Market also shows these industrial influences.  Iron was used on the tracks of eight sliding doors, grating for ventilation, support beams, latticework, and the ornate brackets supporting the metal canopy outside. The Appomattox Iron Works, also in the current Old Town Historic District, supplied some of the iron materials.3

City Market is still owned by the City of Petersburg. In 2017, it was briefly home to the Farmers Market Restaurant & Bar. Petersburg residents and visitors can still enjoy fresh produce and homemade goods at another market, the River Street Market, located in the lot next door.

Poppeliers, John C. and S. Allen Chambers, Jr. What Style is it? A Guide to American Architecture. John C. Wiley and Sons: 2003.