Located just past Nags Head, North Carolina, Bodie Island Lighthouse is a popular tourist attraction for those visiting the Outer Banks. While the Lighthouse is open for tours and walk-throughs, unfortunately, many are unaware that the current lighthouse is not the original. While the first lighthouse was abandoned due to structural issues beyond repair, the second lighthouse was completely obliterated by the Confederate Soldiers during the Civil War. The current lighthouse, which is the location of this site, is the third lighthouse, and the tallest out of all three. With each reconstruction of the lighthouse, it was built taller and farther inland than the previous.

A comparison of the three lighthouses shows the difference in size between each. 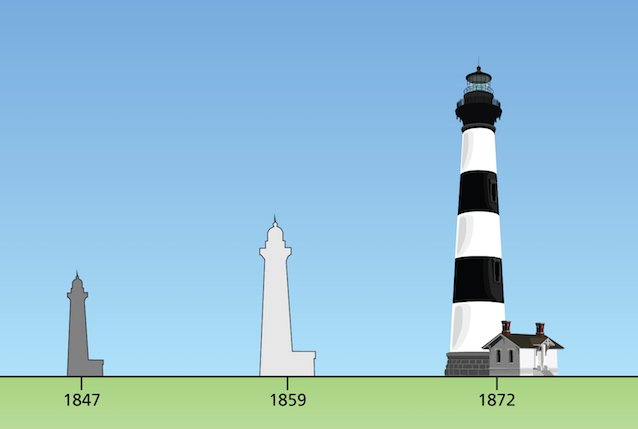 Courtesy of Library of Congress, this picture shows the third and final Bodie Lighthouse in 1893. 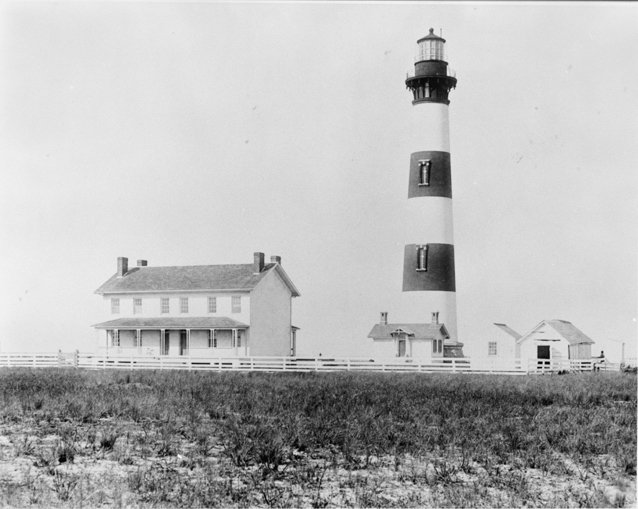 Today, the Bodie Island Lighthouse is open for tours daily. Visitors can climb the 214 steps to the very top, which looks out over the coastal shore of North Carolina. 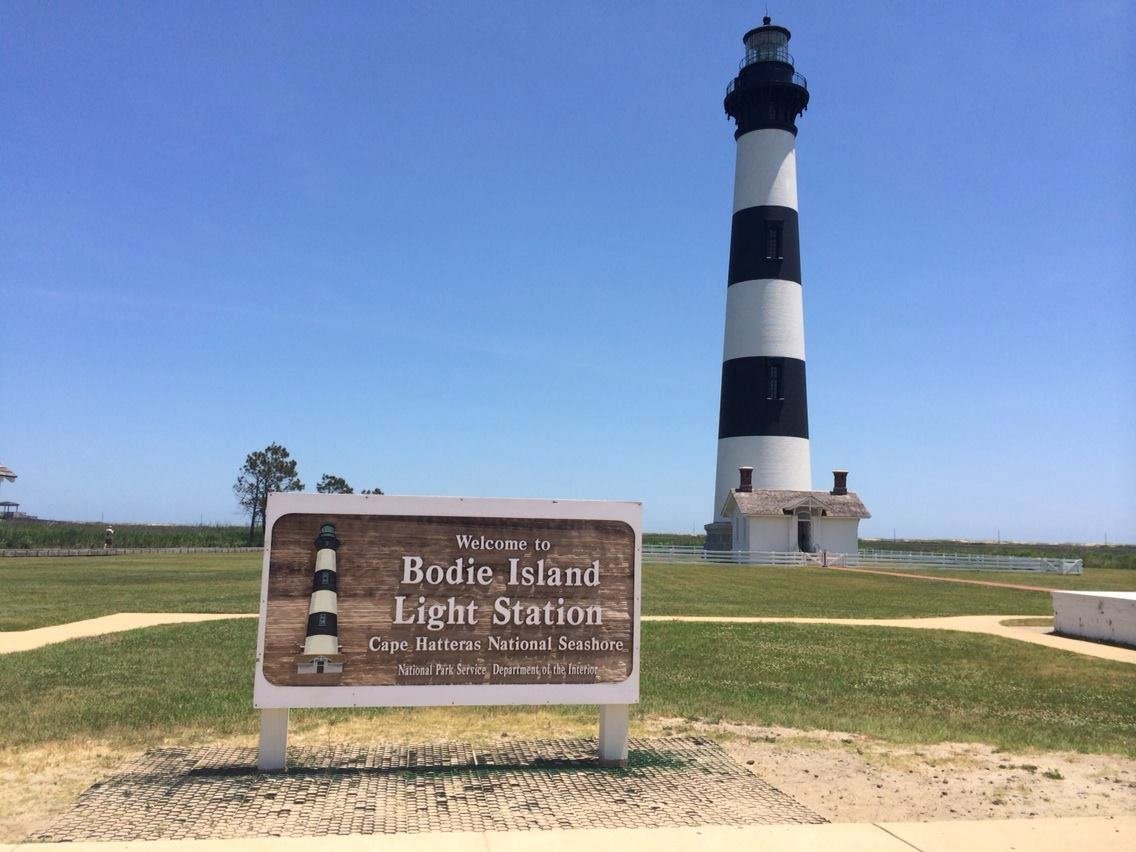 The first Bodie Lighthouse was built in 1847. Ten years earlier, in 1837, Lieutenant Napolean L. Coste had begun a search for the best possible spot to place a lighthouse in North Carolina. While virtually all the shores along the Outer Banks were severely dangerous for ships, he chose the shore along Pea Island as the prime spot because, as he quoted, "more vessels are lost there than on any other part of our coast".1 Therefore, in 1847, a 54 foot lighthouse was constructed. Within two years of being built, the lighthouse began to severely lean. The cause was determined to be an unsupported brick foundation at the bottom of the lighthouse. Due to such a major structure deficiency, repairs were nearly impossible, and the costs of such repairs would cost more than the lighthouse was worth. It was decided that the most efficient method was to completely abandon the lighthouse altogether.