Originally constructed in 1855, St. John's Episcopal Church is one of three post-Civil War Gothic churches in the state based on the designs of Frank Willis and Henry Dudley, who were both prominent architects in the 19th century. The church features many interesting decorative elements including ceiling medallions painted in 1869 and chime bells dating to 1885. The church is notable for its association with Jefferson Davis, President of the Confederate States of America, and his family, who attended services here during between February-May 1861 when Montgomery was the capital of the Confederacy during early months of the Civil War. The church also hosted the Secession Convention of Southern Churches in 1861, which formally separated Episcopalian churches in the South from the United States.

St. John's Episcopal Church was built in 1855 and was where Confederate President Jefferson Davis and his family worshipped during the early months of the Civil War. 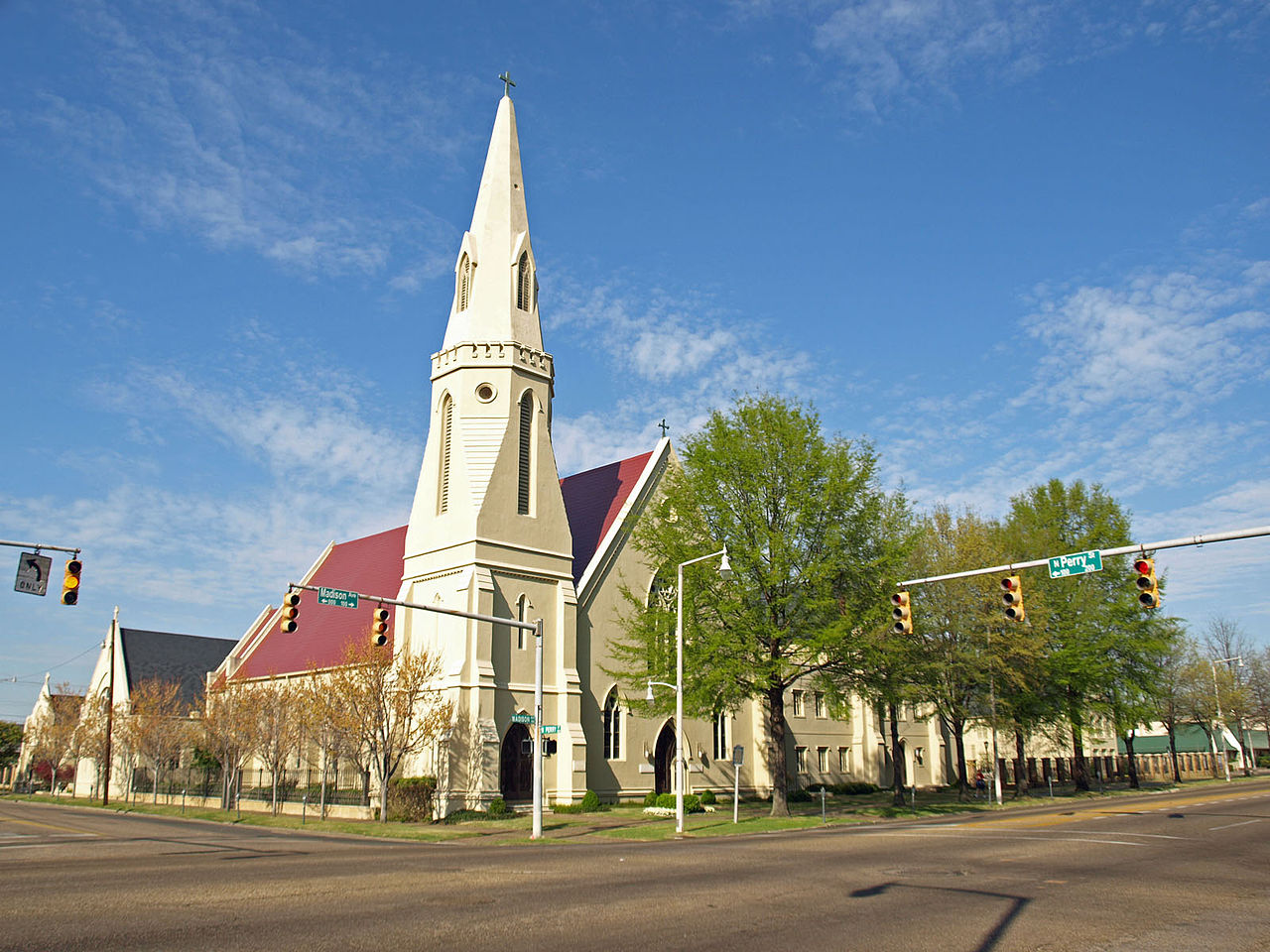 The congregation was founded in 1834 and first worshipped in other churches while their own church was being built. Completed in 1837, this church became the first brick church building in Montgomery. As Montgomery grew as an important shipping center, the congregation grew as well. The current church was built to accommodate this growth. The first church building became a place of worship for Black Episcopalians. For a  year after the war ended, the Union Army closed the church. In 1869, the old church was torn down and used to expand the new building. The education building was constructed in 1955.