Bordagaray’s was once considered one of the oldest bars in the West. It was established by Dominique Bordagaray, a French immigrant, in 1917. The bar was in operation until its destruction in the 1983 earthquake. 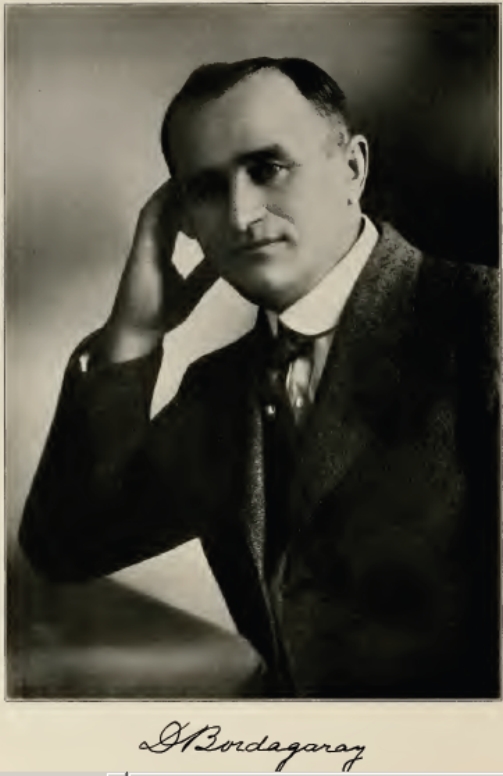 Dominique Bordagaray was born in France in 1876 and immigrated to the United States in 1893, arriving in Los Angeles in December of that year. Shortly after his arrival, Bordagaray began working with sheep farmers. In 1898, Bordagaray retreated into the nearby mountains of Millwood Basin for roughly two years, where he taught himself English. When he returned to civilization, his English was very good.

At the turn of the century, Bordagaray operated a hotel in Fresno, and soon branched out and began buying and selling sheep. He founded a sheep-shearing business in Coalinga and was the first man in the area to use modern sheep-clippers.  Among Bordgaray’s other business ventures were a store and a livery stable.

At the Bordagaray homestead just east of Coalinga, he farmed cotton, had several fruit orchards, and a vineyard. In the Coalinga's early years, he built a row of store buildings, including a French laundry, a theater, and a number of other businesses in the town. In 1917, Bordagaray started a tavern and rooming house on Fifth Street, which remained in operation until it was destroyed in the 1983 earthquake. It was often referred to as the “oldest bar in the West.”