69th Regiment Armory was built between 1904 and 1906 to house the storied US 69th Regiment. It was the first armory built in New York City to not be modeled on a medieval fortress; instead, it was designed in the Beaux-Arts style. The Armory may be best known as the site of the controversial 1913 Armory Show, in which modern art was first publicly presented in the United States. It has a 5,000 seat arena that is used for sporting and entertainment events. The Armory was also the site of some New York Knicks home games from 1946 to 1960.

A view of the 69th Regiment Armory. 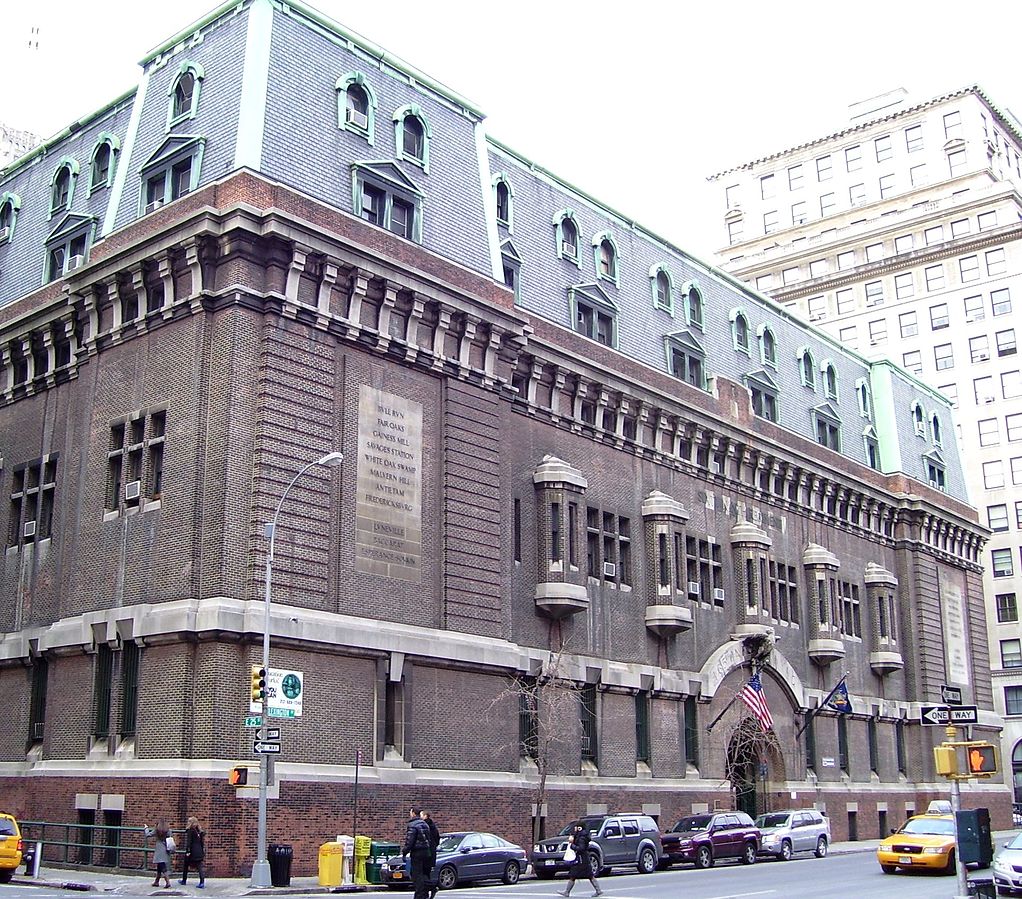 After the American Civil War, the state of New York saw a surge in the enrollment for their militia, which prompted laws to be passed in 1884 requiring each county of New York to have sufficient armories for each regiment; before these laws were passed, only one regiment had an armory for itself. For the 69th Regiment, the Essex Market was their place of residence until the Tompkins Market Armory was vacated in 1880. From then until 1906, the Tompkins Market Armors was home to the 69th Regiment, though funds were allocated and approved for the construction of an armory for the Regiment in 1886.

In 1902, a competition was held to design the 69th Regiment Armory, which was won by the Hunt & Hunt Firm in 1903. Construction began soon after the completion of the contest, and the Armory was completed in 1906. From then on, the Armory served as the training center and the base of operations for the 69th Regiment. The Armory remained largely unchanged, aside from a one-story addition to the building in 1929. Today, the Armory still serves its original purpose as the Armory of the Fighting 69th Regiment, and is also opened for exhibitions from time to time.