Hotel Bottom, Site of the Webster Springs Hotel Fire of 1925

Where a once thriving hotel burned to the ground, Hotel Bottom, in Webster Springs, is a popular tourist destination where several events are held annually. The Webster Springs Hotel was first opened in 1899 by proprietor Charles D. Johnson. This four-story, 100 guest-roomed hotel was located in the town of Addison, now Webster Springs, and featured several unique and modern additions to its structure. Under the transferred ownership to Colonel John T. McGraw in 1903, the hotel only continued to progress and gain popularity. The “big hotel” as locals referred to it, was a pride of the territory until an electrical fire destroyed it entirely on July 20, 1925.

Guests of the Webster Springs Hotel visit the Elk River behind where the hotel stood. 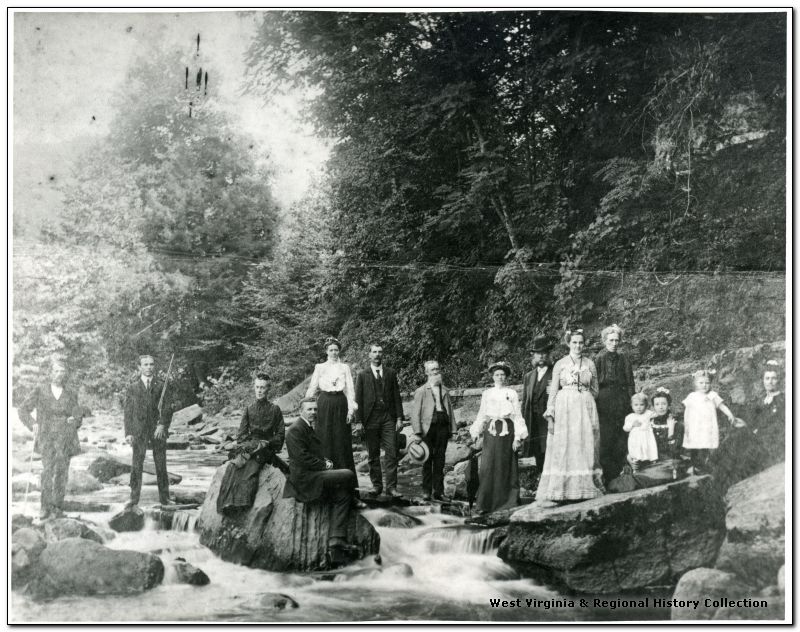 Staff from the Webster Springs Hotel stand in front of the building. 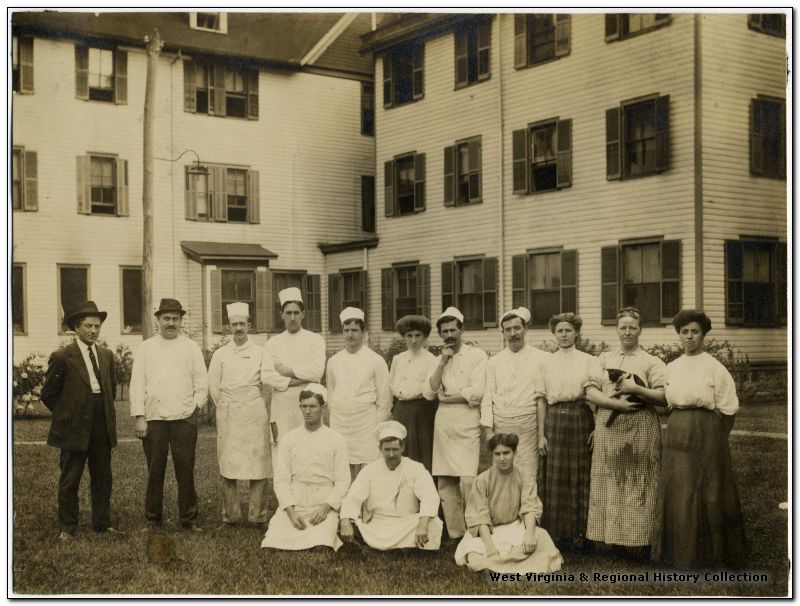 A landscape view of the Webster Springs Hotel 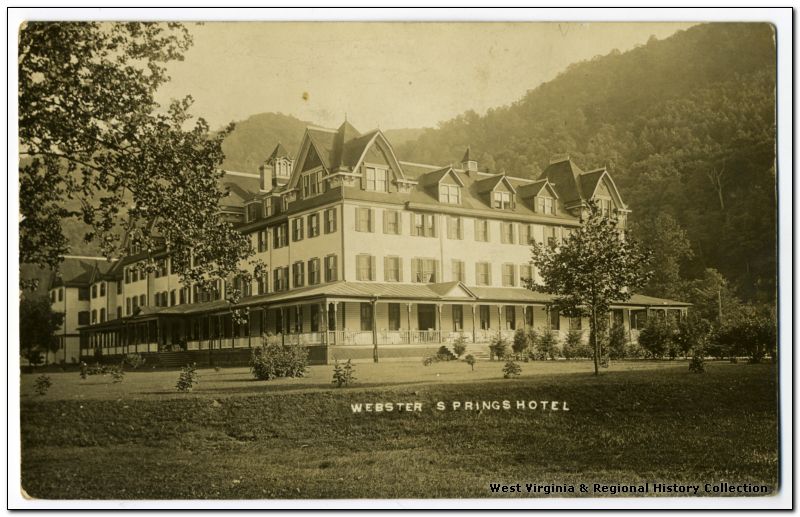 The Webster Springs Hotel as it burns down, engulfed in flames. 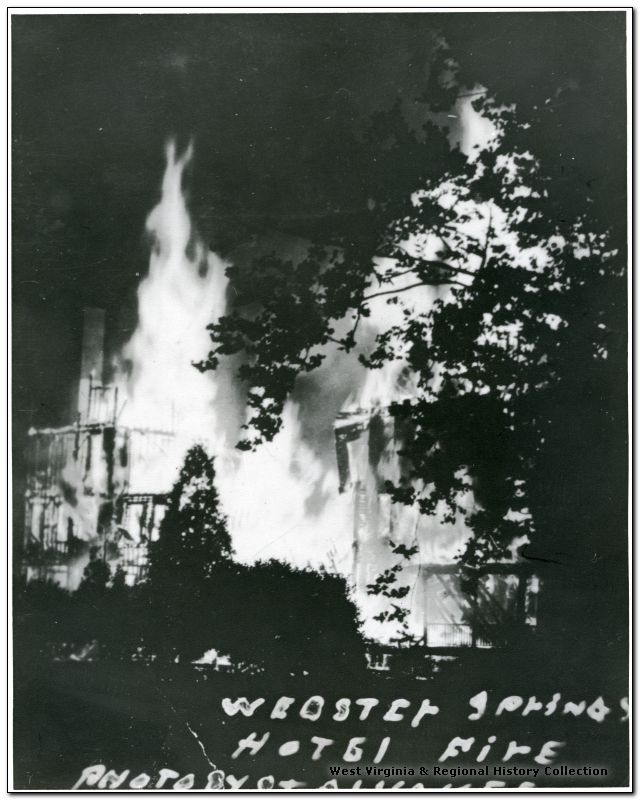 The town of Addison, now known as Webster Springs, experienced the peak of its tourism during the late 1800s and early 1900s. Visitors from all over the United States would travel to central West Virginia in hopes of benefiting from the medicinal properties of the town’s natural springs. In light of the drastic need for accommodations for the visitors, Webster Springs became known for their extravagant hotels over a very short period of time.

Among all the popular hotels of the area, one stood out above the rest: The Webster Springs Hotel. This hotel was constructed with four stories, 176 guest rooms, ornate dining and ballrooms, and several activities available to their customers by the beginning of its 1904 tourist season. The Webster Springs Hotel was known for its more modern characteristics in comparison to the other hotels of the area: electric lights, telephone lines, telegraph connections, and the first elevator installed in the state of West Virginia. The hotel was known as the largest wooden structure in the state as well.

The hotel served as an imperative aspect of the town’s infrastructure. Not only is there a record of 150 jobs during its peak season, the hotel would buy produce from local farmers, conduct promenades throughout the town, and provide several excursion opportunities highlighting the unique aspects of the town in addition to its natural wonders. Along with their horseback riding and nightly dances with full orchestras, the hotel was most known for its baths. Guests had the choice of fresh or salt-Sulphur baths in the Turkish, Russian, Needle, Plunge Shower and Steam styles, all available in either hot or cold water, as the hotel had its own power plant to heat and push the water through. Baths cost one dollar each, and 40 could be conducted at the same time.

For over two decades, the “big hotel”, as locals referred to it, remained a nationally renowned location for vacationing. However, on July 20, 1925, its fame and fortune came to an end. A fire inexhaustible fire started from the fourth floor, rumored to have started from a short circuit or defective flue. Twenty-five guests were registered at the time. Little was extracted from the first and second floors of the hotel, but the third and fourth floors were irredeemable. According to local accounts, the fire burned for two whole days, and the flames were seen up to a mile away. Other hotels in the area draped wet sheets and quilts on their porches to keep the fire from spreading to other properties.

After the Webster Springs Hotel was burned, the railroad leading to the town was also discontinued in 1929, four years later. These events, along with others, inhibited most of the tourism in the area, leaving the salt-sulphur springs for local use alone. Today, however, the area where Webster Springs Hotel stood is still known as “Hotel Bottom.” Several local events continue to be held there, including the Annual Woodchopper’s Festival each Memorial Day Weekend.