St. Nicholas Orthodox Church is located in Beckley and dates back to 1948 when the coal mining boom that occurred during and after World War II brought growth to the area through immigration. The parish is part of the Antiochian Orthodox Christian Archdiocese of North America and the only Eastern Orthodox Church in Raleigh County. From its founding to the present, the church serves Orthodox Christians of various backgrounds including Greek, Syrian and Polish immigrants and their descendants. 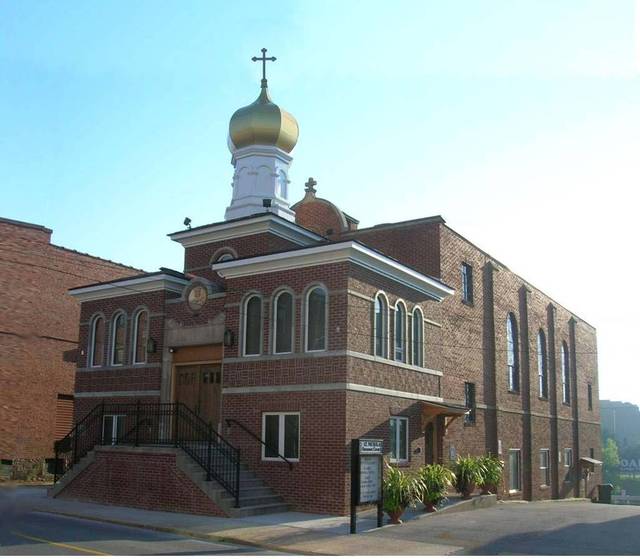 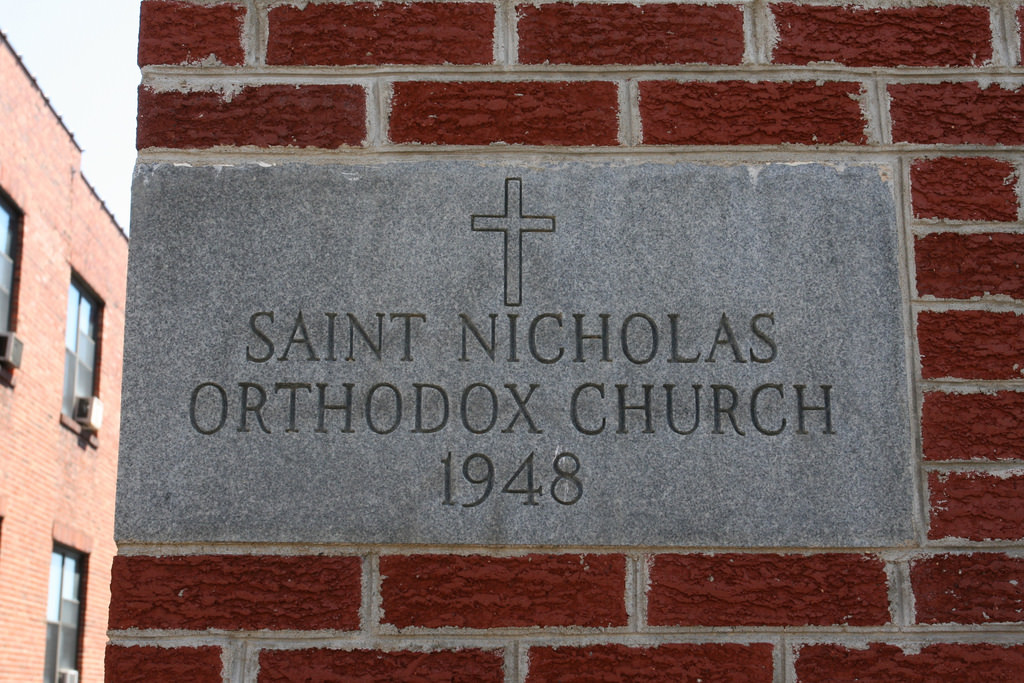 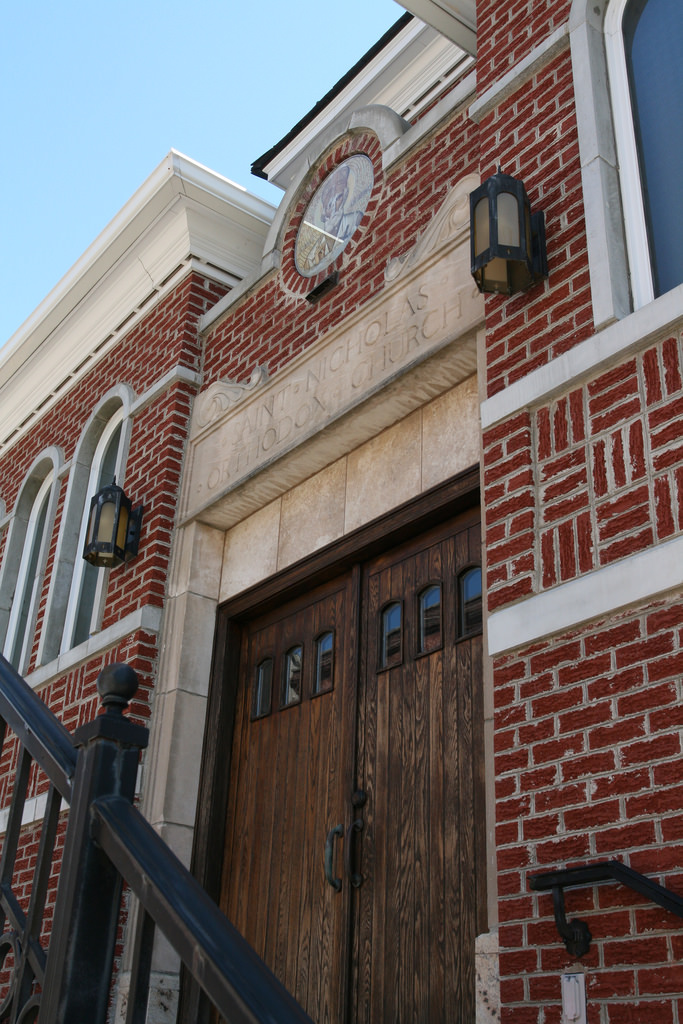 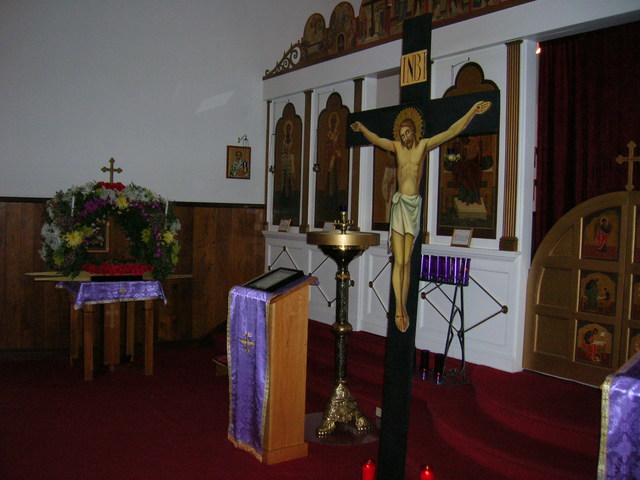 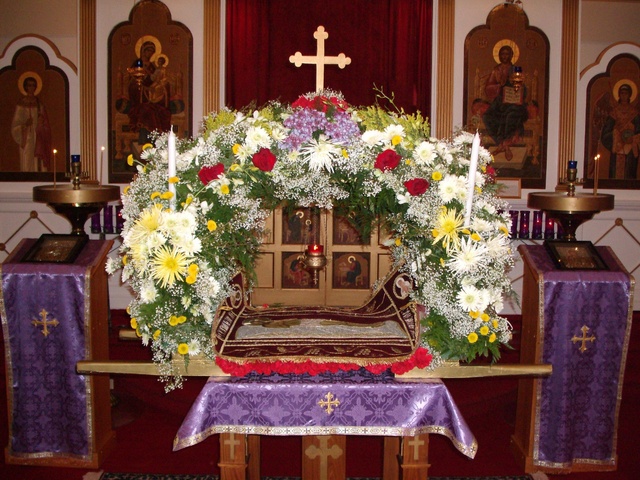 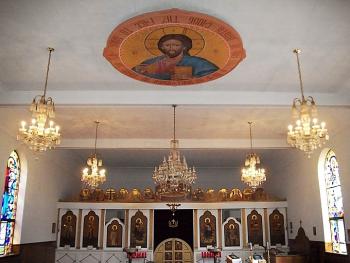 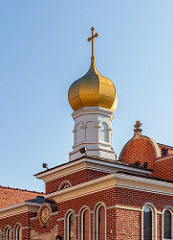 In 1944, a piece of land was purchased on South Hebert St. The lot cost $8,500 and would be the future home of St. Nicholas. Due to World War II, the economy had an effect on the construction of the church. In 1948, the church hall was constructed for and finished for $35,000. In that same year, an abiding priest was assigned to preside over the church. In 1956, with fundraisers from cities as far as Huntington, WV, the second story construction began. The second floor was completed in March of 1957 and cost approximately $50,000. During this time, the Women’s Auxiliary of the church also raised money to purchase a new organ for the sanctuary. On June 23, 1957, the church was consecrated by His Eminence Metropolitan Anthony Bashir. In early 1965, an office and a meeting room were constructed with funds donated by a church member. In September of 1965 a parish house located at 105 Lilly St. in Beckley was purchased.

A special blessing in the church took place on October 8, 1967. Stain glass windows and other items in the church were dedicated. Along with these items, the altar table that contained the Holy Relics of Saint Sebastian were consecrated by His Eminence Metropolitan Philip Saliba. The church celebrated a mortgage burning on August 31, 1969. This was the first time the church was debt free since 1956. The inside of the church saw a complete remodel in the spring of 1970. In the summer of 2006, a new addition for the church was completed.

The parishioners of the church do many things to help give back and support the community. For more than thirty years the congregation has come together to make baklava. Proceeds have gone towards the Carpenters Corner (a local food bank) and to Birthrite of Beckley. The Orthodox community of Beckley is a small, but tight nit congregation.  The people of the church welcome anyone in the community or just passing through to stop and join them. On Sundays at 9:20 A.M. Orthros takes place followed by the Divine Liturgy at 10:30 A.M. On Wednesdays at 9:00 A.M. Daily Orthros takes place. On Saturdays at 6:00 P.M Great Vespers begins.

This short walking tour begins at Beckley's the Soldiers and Sailors Memorial Building and includes several of the city's historic churches and public buildings such as the Raleigh County Courthouse. The tour also includes the statue of city founder Alfred Beckley which was dedicated in 1938. First-time visitors to the city should be sure to visit the Exhibition Coal Mine and Coal Camp located just north of this walking tour. This walking tour is a work in progress and we hope to add new stops on the tour as local historians add new entries.