Built in 1880, it is on the National Register of Historic Places and was the residence of Robert E. Hollister Jack, pioneer rancher, banker and developer in SLO County. He was instrumental in getting the railroad line gap completed between Santa Margarita and Santa Barbara in the 1890s. The home is the only architecturally unaltered Italianate remaining in the city. 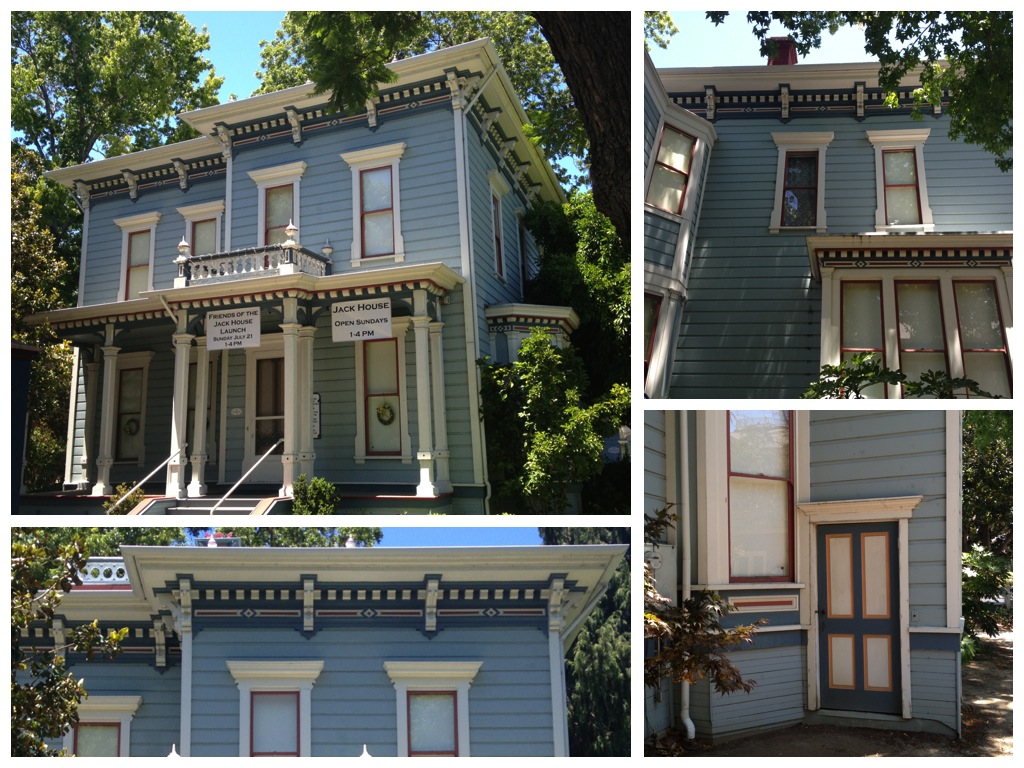 This home was built by Robert and Nellie Jack in the 1870s, and still stands today. Architectural features include the exterior plumbing, requiring servants to draw water from a hand pump in the back yard. The fireplaces are small and burned coal instead of wood. A sense of grandeur is felt upon entering the house, as 12-foot ceilings and 8-foot doors mirror homes of greater size. Robert Jack was prominent in a variety of fields, including ranching, politics, banking, and land development. His wife Nellie was known for her excellent education and respectable book collection. (Franks 27).

In 1875 and 1876 Mr. Jack bought two contiguous pieces of property and built his house sometimes between 1876 and 1880. The house was occupied by the family until the death of Jack’s last child. Howard Jack, the youngest son, died in 1974; his heirs deeded the family home and everything inside of it to the city. The City carefully renovated, and recreated the home exactly as it was when Mr. Jack was one of the City’s leading bankers. The house is a two story building. The first floor has the dining room, the living room, the entry, the library, the kitchen, the butler’s pantry, the porch, and the bath. The second floor has the master bedroom with the walking closet and the master’s bath, three bedrooms that were owned by Gertrude, Ethel, and Howard. There is also the storage, and the Nanny’s room. The house had a highly decorative boxed cornice with dentils and brackets and a distinctive frieze. Water pipes ran along the home’s exterior walls.

Mr. Jack became a driving force in land development, ranching, banking and politics in San Luis Obispo County. He was the treasurer of the West Coast Land Company during the 80’s when construction of the Southern Pacific Railroad line through San Luis Obispo was anticipated. In his house he entertained numerous well known guests including, railroad magnates Charles Crocker and C.P. Huntington, pianist Ignace Paderewski and humorist Will Rogers. He was also the President of the City Trustees, the governing body of San Luis Obispo before the turn-of-the-century. Driving along highway 46 one can still see signs of the Jack Ranch in Cholame where Robert Edgar began his legacy in California. Now part of the Hearst Ranch the Circle C, registered brand number 0002, is the oldest brand still in use in California.

The Jack House and Gardens a Keepsake Memento prepared by The City of San Luis Obispo’s Jack House Committee July 1984.