Though dwarfed by adjacent modern high-rise buildings, the Capital City Club building still holds its own, thanks to its beautiful Georgian Revival architecture. It was built in 1911 to be the permanent for home for the club, whose members were the city's professional and business elite. It was and continues to be a place where members could gather to social and hold various events. The club also operates two other branches, one of which is a country club complete with a golf course. The downtown building was listed on the National Register of Historic Places in 1977. It is available to rent for weddings and other events. 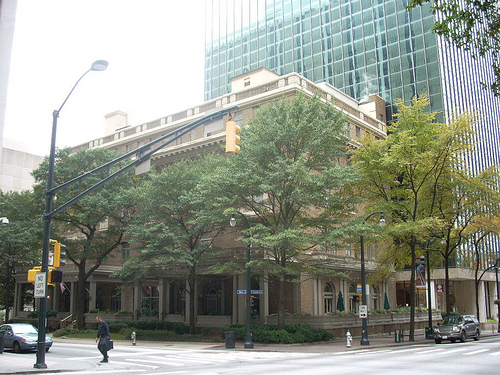 The club was founded and chartered in 1883 by 62 of its original members. As such, it is one of the oldest gentleman's clubs in the South. Its members first met in a mansion that has since been demolished. A few presidents, including Howard Taft, have visited the club.