This historical marker commemorates the discovery of gold along the Cosumnes River in 1849 by two miners from Michigan. The two men named the mining settlement they founded Michigan Bar. 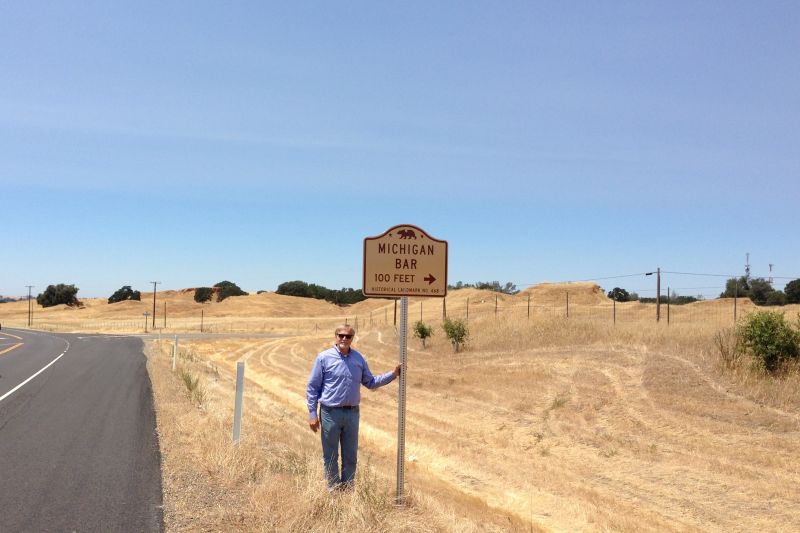 Michigan Bar when it was still a busy mining settlement 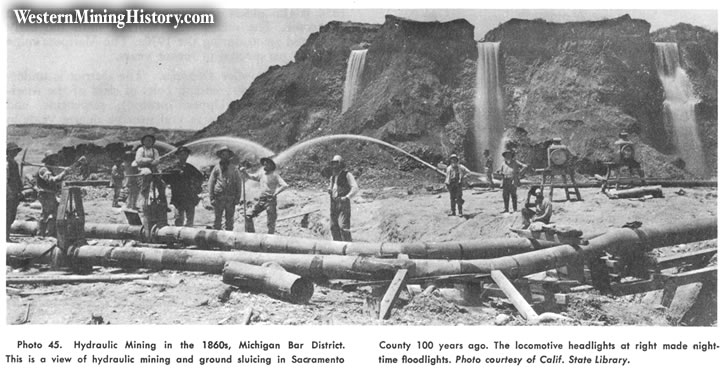 This marker was dedicated in 2001 and includes a photo of hydraulic mining in the 1860s near the site of the marker. 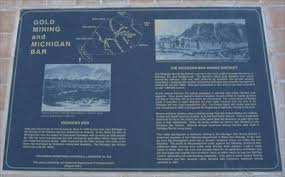 Hydraulic mining at this location in the 1860s. 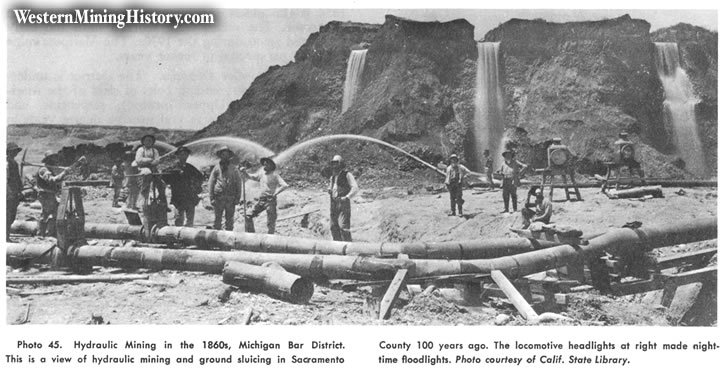 Like many mining towns, Michigan Bar grew quickly and declined precipitously when mining was no longer profitable. It was founded after the discovery of gold in 1849 along the Cosumnes River and was named for the home state of its two founders.

Within a few years, the town was the largest in Cosumnes Township, with a population of roughly 1,500. The thriving mining town had a post office and a Wells Fargo office, as well as a successful pottery works which was the largest of its kind in the state. It was a diverse settlement, with families from California and other states, as well as from Canada, Europe, Asia, and Latin America.

Though mining in the town continued into the 1950s through dredging, the town began to decline relatively quickly in the 1900s. The town’s school was in operation as late as the 1940s, but by that point, there was very little life left in Michigan Bar. There is little left of Michigan Bar today; there is just a historic marker to indicate that existed.