This historical marker located next to the Haleyville Public Library commemorates the history of Byler Road, the oldest public road in Alabama that is still used today. The road began in 1822 and was built to connect northwest Alabama and the Tennessee River to the Black Warrior River at the town of Northport. It served as a link to the Tennessee Valley and helped spur the growth of several towns along its route. This section of the road is listed on the National Register of Historic Places. It used to continue southward toward Tuscaloosa, but the lake has since covered the land. 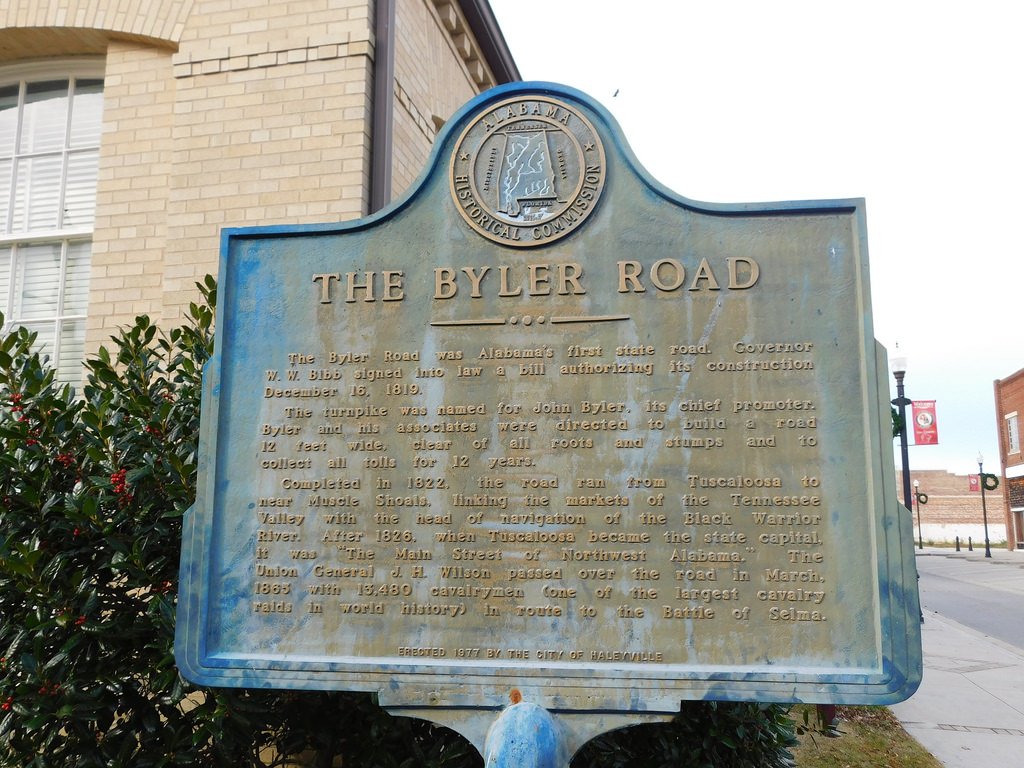 Initially, the road was built in 1822 to connect Alabama and the Tennessee River to the Black Warrior River in Northport, to link the Tennessee Valley. This was done to help promote growth in several towns throughout the area. During the Civil War, both Union and Confederate troops marched on the road.

For the first twelve years after completion, the road was a privately-owned toll road and the builders could keep the income, if they maintained it. At the southern end of the road there is an old slave cemetery called the Prewitt Slave Cemetery, which is located on private land (see the Clio entry for this site for the Prewitt Slave Cemetery for more details on that subject).