Paces Ferry United Methodist Church was built in 1897 and is the second church located here. It is a small one-story building known for its two red doors. The land on which it stands was donated by a man named William Brown for the purpose of constructing a church. The first church building was called Pleasant Hill Methodist Church, which operated an school during the week. A cemetery was created next to the church where William Brown, who served in the Confederate army during the Civil War, and many others are buried. A skirmish between Union and Confederate forces occurred not far from the church on July 16-17 1864. In 1955, Pleasant Hill merged with West Wesley Methodist Church to form Paces Ferry Methodist Church. It adopted its current name in 1968. 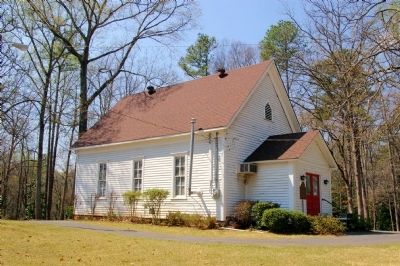