The Lowndes County Interpretive Center is a National Park Service visitor center along the Selma to Montgomery National Historic Trail. The trail in Alabama traces the 54 mile route along Highway 80 taken by marchers as they travelled from Selma to Montgomery to fight for the right to vote. led by Martin Luther King Jr., the marchers were both black and white and practiced non-violent forms of protest. In March of 1965 these civil rights activists started 3 marches across the state and experienced violence, hatred, but also sympathy from others in different parts of the nation. Dedicated in 1996, the trail is home to the locations that were significant in helping the marchers achieve voting rights with the passing of the 1965 Voting Rights Act in August later that year. 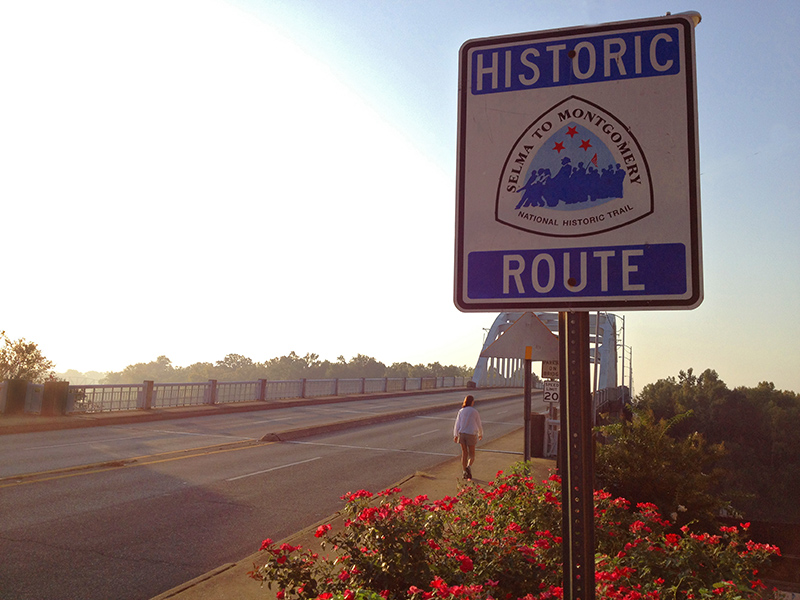 The third and final march extended over a period of 5 days, concluding on the steps of the Alabama State Capitol.

After the distribution of news footage from the first two marches, thousands of people came from all over the country to participate in the third march. 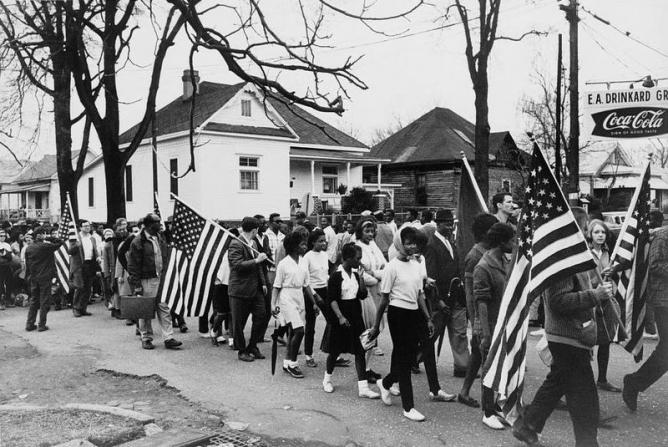 During the first two marches the marchers were met with opposition from the Alabama State Police and white supremacists. 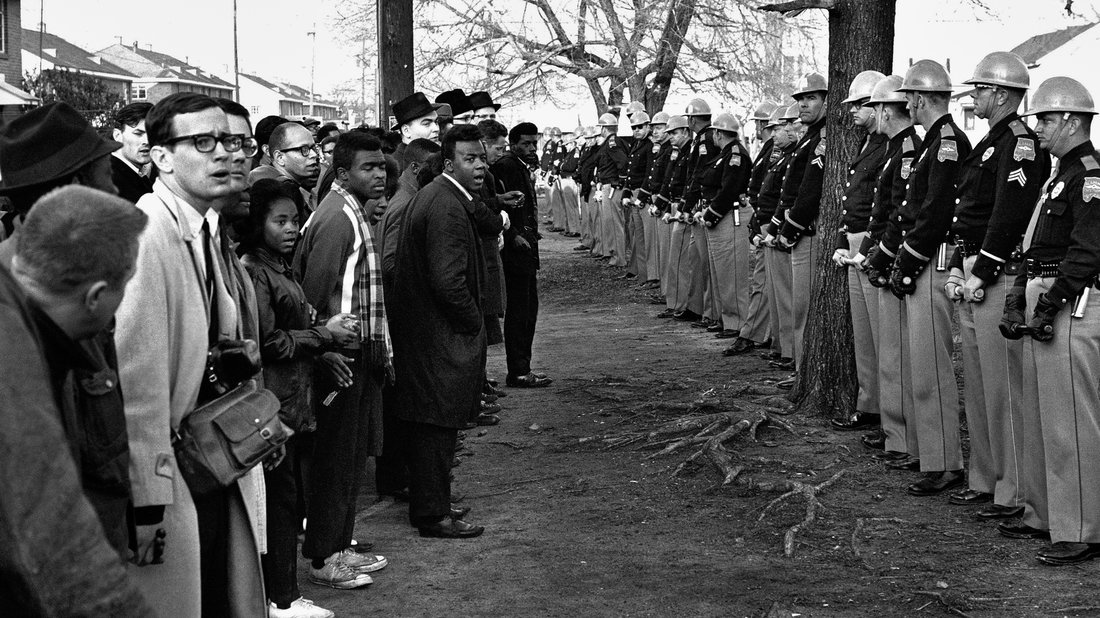 On March 7 marchers were met with violence at the Edmund Pettus Bridge when they attempted their first march; because of the violence of this day, March 7, 1965 became known as "Bloody Sunday." 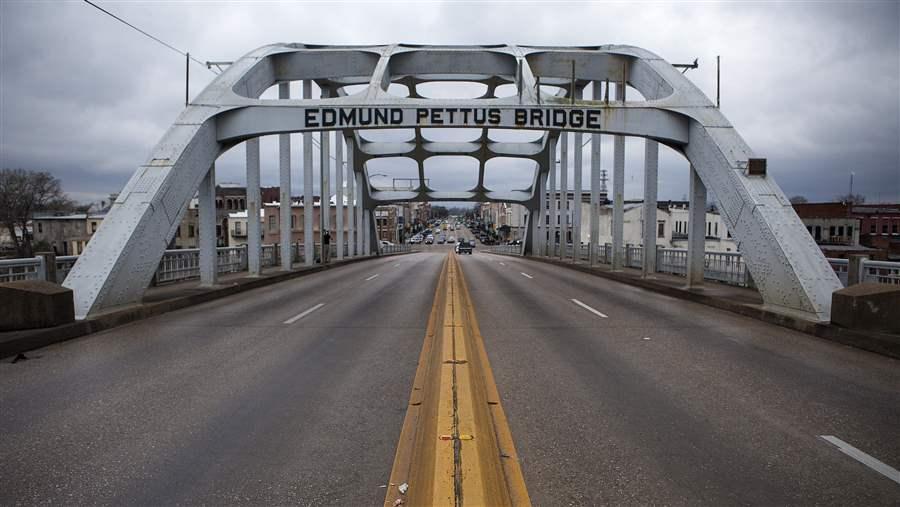 In January and February of 1965, Selma was uneasy as protests, small marches, arrests, and murders consumed the city in response to the fight for voting rights. Instead of allowing these setbacks to deter them, civil rights activists dove into the restlessness and organized a series of mass marches in favor of voting rights. These activists organized 3 marches at the Brown Chapel African Methodist Episcopal Church that had been established by freedmen in 1908.
On March 7, the first march led by Hosea Williams and John Lewis consisted of 500 black and white marchers and started from the Brown Chapel AME Church with the goal to reach Montgomery. However, when the marchers tried to cross the Edmund Pettus Bridge in Selma, the Alabama State Police stood in their path and refused to let them pass. The marchers would not leave and in response the police beat them until they retreated to Brown Chapel. The media and cameras were present to catch the violence as it happened and aired it across the country. After the distribution of the new footage, viewers came to the realization that no one was immune to violence if they supported the Civil Rights Movement and especially voting rights. Due to the events of the day, March 7 soon became known as "Bloody Sunday."
Despite the danger supporters of the movement faced, more people arrived in Selma to participate in the marches. The SCLC planned a second march for March 9, and sent a request to federal judge Frank M. Johnson Jr. to make the state and surrounding counties allow a march to Montgomery. As they were preparing to receive an answer, activists marched to the Pettus Bridge a second time but were once again blocked by state police. While the second round of marchers were not met with violence, later that evening a pastor was hit in the head and killed by white supremacists. Selma received more and more national attention after these marches. On March 15, 1965 President Lyndon B. Johnson spoke in front of Congress and the country to denounce the hatred and discrimination that had plagued the country for several years. At the same time of President Johnson's speech, the SCLC was still anticipating a response from Judge Johnson.
The judge decided that the marchers had the right to peacefully protest, and demanded that the state allow them to conduct the march. In exchange for this protection, only a certain number of marchers would be allowed to enter Montgomery. This decision allowed King and others to prepare the third march. The march began on March 21 and lasted for 5 days; on the last day the marchers arrived in Montgomery and tried to plead their case to Governor George Wallace but were unsuccessful.  Despite this, the marchers still achieved a victory when President Johnson signed the Voting Rights Act of 1965 on August 6.  The act outlawed the methods such as, literacy tests and poll taxes, states had used to prevent African Americans from voting, violating the 15th Amendment that outlawed disfranchisement based on race in 1870.  While the Voting Rights Act was not taken seriously at first, it allowed for African Americans to legally defend their right to vote and it brought more people to the polls.