Located just three blocks from Harrisburg’s capitol complex, the Broad Street Market traces its origins back to 1860. Founded by William Verbeke and known back then as the West Harrisburg Market House, it is one of the oldest, continually operated markets in the United States. Today, it still occupies three city blocks between third and sixth streets and is home to over 40 vendors that offer a variety of meats, seafood, produce, baked goods and prepared foods on “market days” which are Thursday-Saturday each week. While once located on Broad Street, it is actually now bounded by two, one-way streets both known as Verbeke Street. It has been listed on the National Register of Historic Places since 1974.

The 1864 Stone Market House at the Broad Street Market. 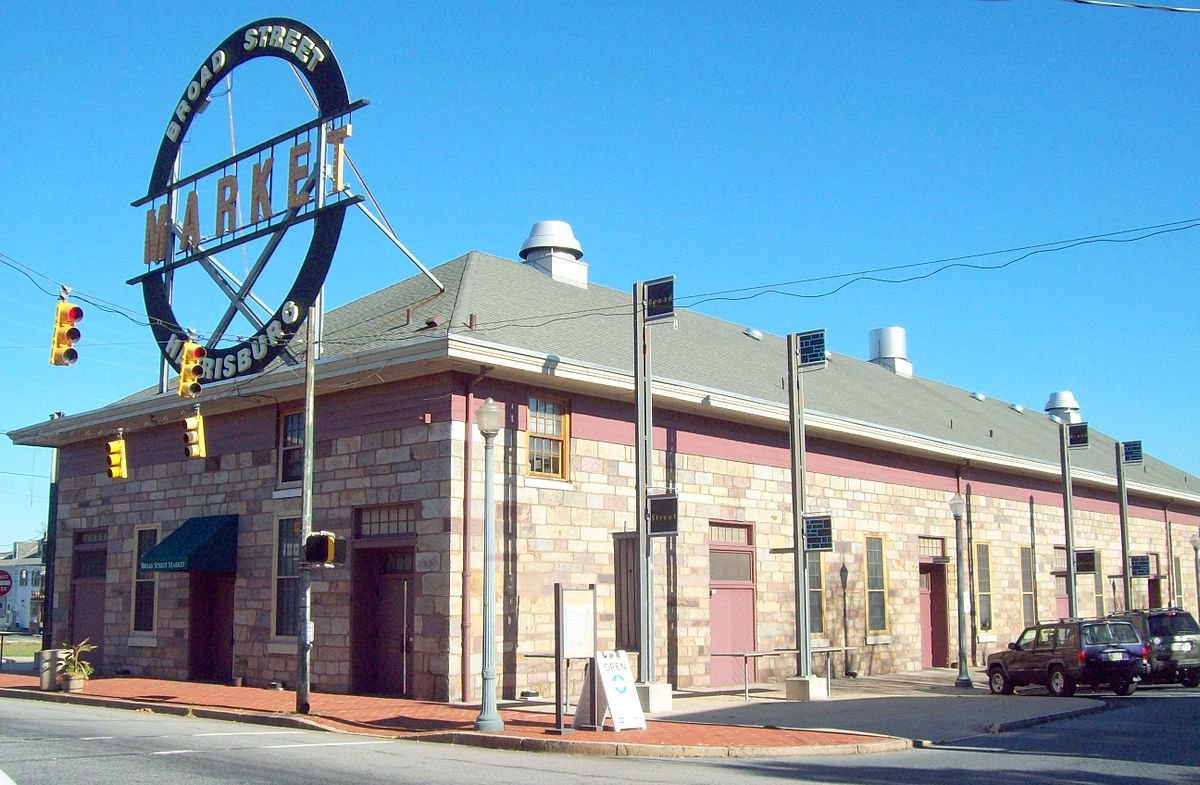 And the market's 1878 Brick Market House were connected by a wooden market building for decades. 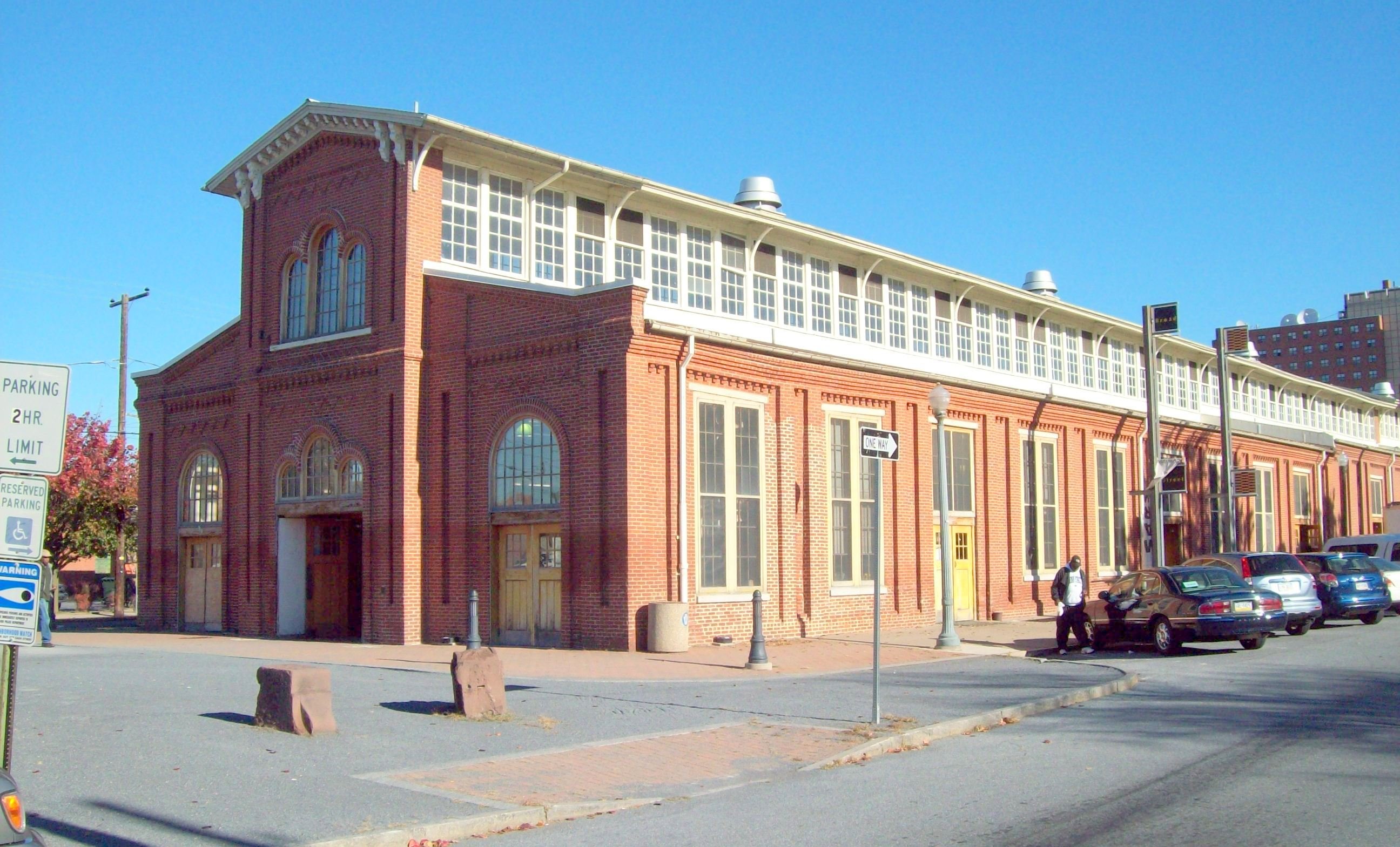 Where the wooden market building once stood is now a pedestrian plaza. 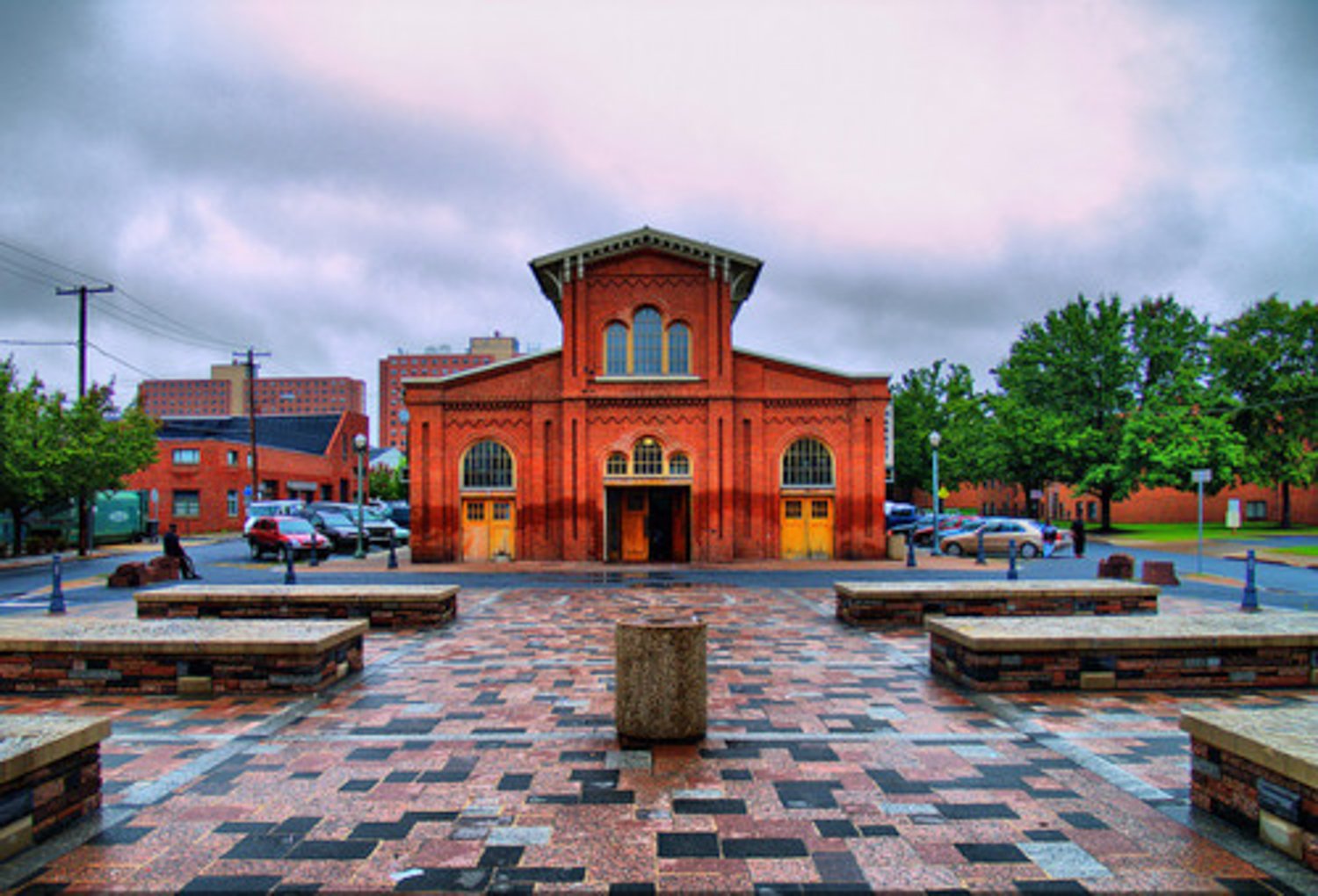 Patrons enjoy some lunch within the Brick Market House. 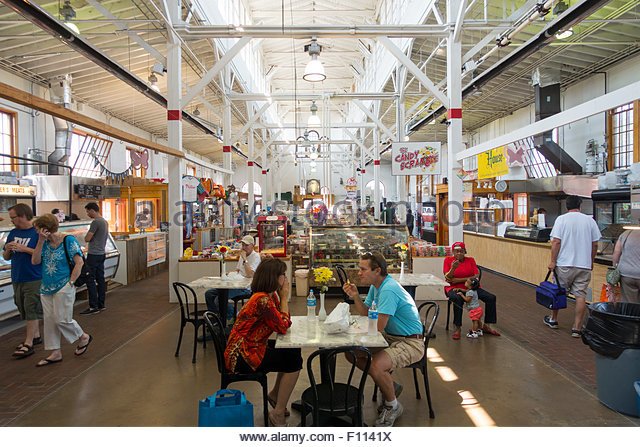 The Brick Market House in the early 20th century after the advent of electricity, but prior to the arrival of the automobile. 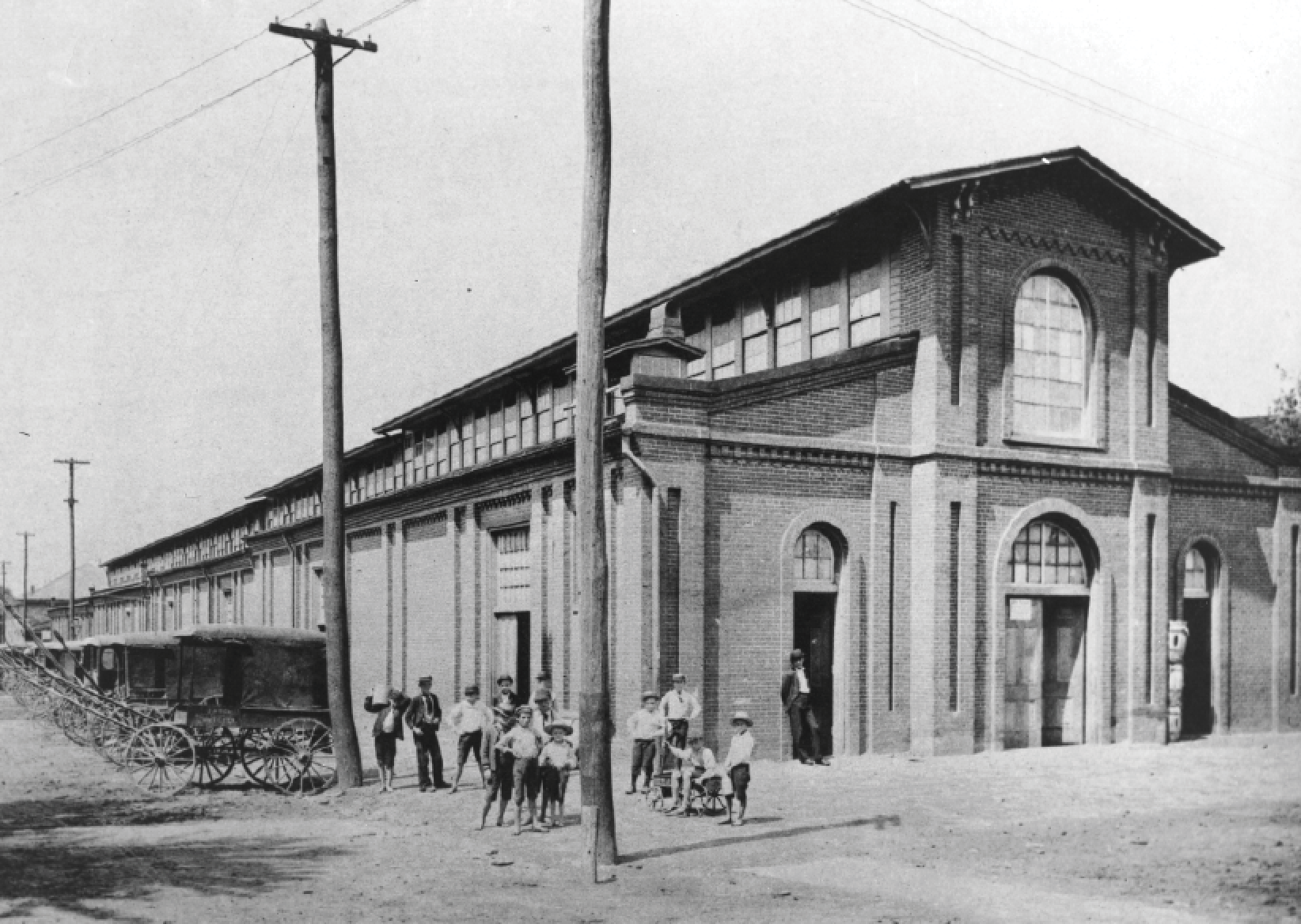 During the 1850s, William Verbeke purchased a plot of land just west of the Susquhanna River that he turned into West Harrisburg.  As people populated his small town, he then sought to build a market there so that the residents were not forced to trudge to Market Square for their groceries.  Plans for his market began in 1860, but were delayed by the onset of the Civil War in 1861.  In 1863, the foundation for his market building was finally laid and the walls followed the same year.  Verbeke’s incomplete building then became a temporary home for wounded soldiers.  The roof was added in September of 1864 and the West Harrisburg Market House officially opened on November 1, 1864.  It was then used to help feed the 300,000 Union troops stationed at the nearby Camp Curtain.

It's Stone Market House was completed in 1864 and the adjacent Brick Market House was completed piecemeal between 1874 and 1878.  A wooden building then connected the two for years.  This wooden building was replaced in 1880 and finally razed in 1977 to make way for a pedestrian plaza.  Today, granite paving reveals where the walls, stairs and other features of the wooden market building once stood.

At its peak in the 1920s, the Broad Street Market, one of six in the city, was home to over 700 vendors and was known as the “Dutch Fair” due to the large numbers of Amish and Mennonite vendors.  However, it was, in fact, an ethnically diverse gathering of vendors and patrons.  By the 1960s, the number of vendors was down to just 300 due to the banning of outdoor vending by the city and the rise of supermarkets which began to dominate the grocery industry.  By this time, Broad Street had been re-christened Verbeke Street and West Harrisburg ceased to exist, absorbed by the expanding city.

The last private owner was the Harrisburg Market House Corporation which sold the market to the Harrisburg Redevelopment Authority in 1975.  It was then transferred to the city in 1979.  The city then initiated a $2.5 million renovation which included major improvements to the Stone Market House.  These renovations were completed in 1996.  Today, 40 or so vendors offer visitors an eclectic mix of international cuisine, organic and locally sourced produce and a variety of prepared meals.