On February 3, 1964 the New York City School boycott became one of the biggest civil rights protests in history when protesters marched for school integration in the city. On this single day event around 464,000 children skipped school, and several parents, teachers, students, and advocates walked to 300 of 860 schools in the area. The marchers ended the boycott at the Board of Education in Brooklyn but to no avail. While the boycott rallied several protesters, the Board of Education did nothing to change the ongoing segregation in the school system.

After negotiations failed, New York City's civil rights organizations planned a one day march and boycott of the city's school sytems, in protest of the ongoing segregation of schools. 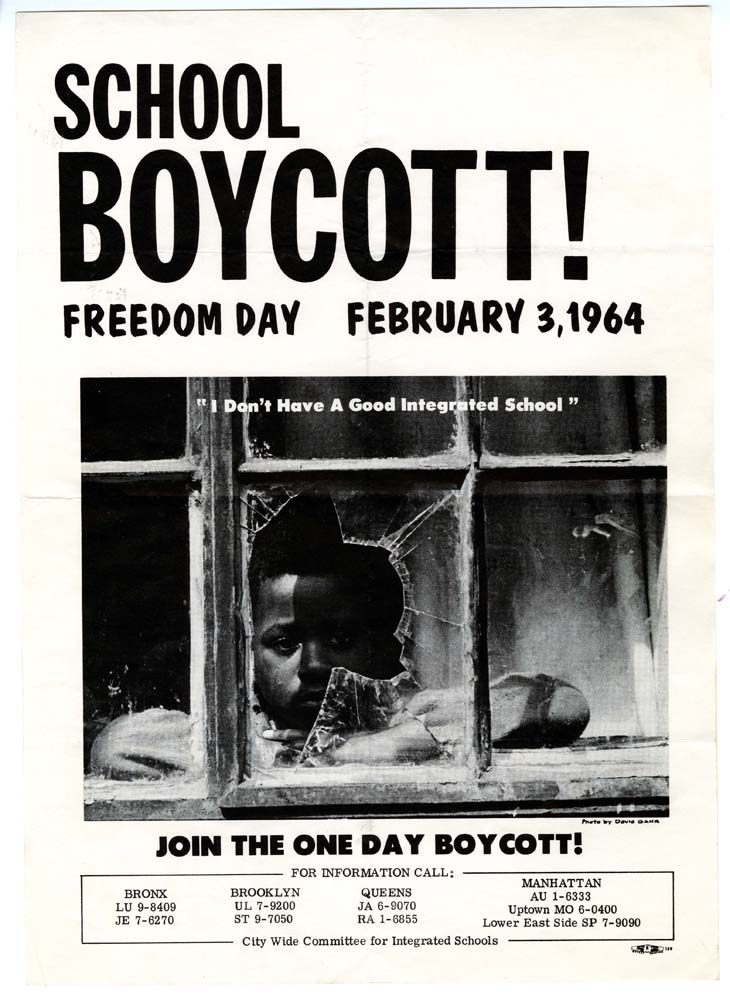 As part of the boycott, several students skipped school on February 3 and the protesters spent the day marching to several of the city's schools and to the Board of Education in Brooklyn. 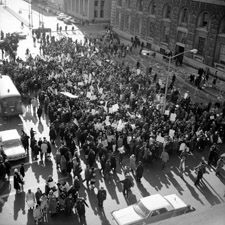 The turn out for the boycott exceeded the expectations of many. Despite this the boycott was not successful in integrating the public school system. 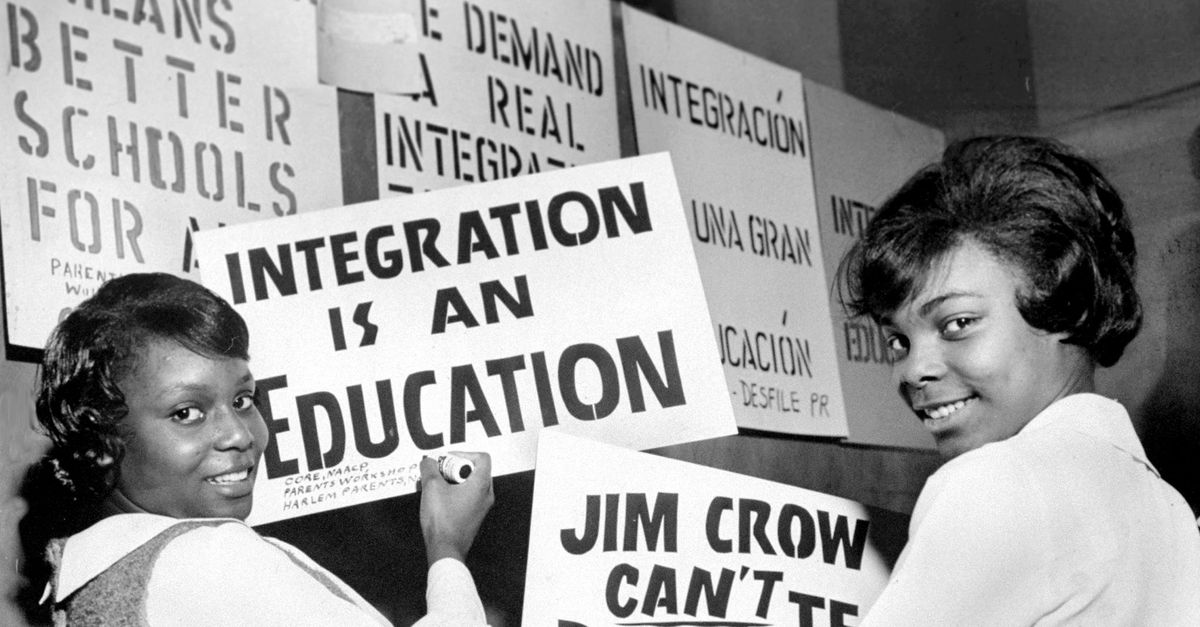 Segregation in schools had been outlawed in New York City in 1920 and the Brown v. Board of Education decision made school segregation illegal on a national level. Despite this, New York City schools were still segregated in 1964 and provided unequal learning environments. Several states delayed the desegregation of their schools and many were able to keep segregated schools due to surrounding segregated communities. This was the case in New York City; segregation was not practiced by law, but it was still a reality in communities that had been traditionally Black and white. The kids that lived in these neighborhoods would then attend the schools closest to where they lived, leading to segregated schools across the city. The city had promised the schools an integration plan for several years and the Board of Education released a plan to draw out new districts just a few days before the boycott, but activists said it was not enough.
In the early 1960s the boycott was proposed by Presbyterian minister Milton Galamison who had previously served as the president of Brooklyn's NAACP branch. He created a civil rights organization called the Parents' Workshop for Equality in New York City Schools that consisted of parents, teachers, and the city's civil rights advocates. The group attempted to convince the Board of Education to create a plan for the integration of the city’s African American and Puerto Rican schools. The organization was unable to do so and by 1964 they requested that Bayard Rustin plan the boycott; Rustin helped plan the 1963 March on Washington and the Freedom Ride of 1947. Along with the city's civil rights organizations and pastors, Rustin planned the boycott for February 3 and provided freedom schools for students to attend if they planned to partake in the boycott.  These civil rights organizations included the City-Wide Committee for Integrated Schools, CORE, NAACP, Parents' Workshop for Equality, and the Harlem Parents Committee.
On February 3 the boycott began when 464,000 students refused to attend school and several protesters marched to the city's schools and to the Board of Education. At the Freedom Schools, students were taught about slavery, what it meant to be free, and sang songs like the popular "We Shall Overcome." While there was a fear of violence, the boycott remained peaceful, and received more support than people thought it would.  However, it did not succeed in integrating the city’s African American and Puerto Rican schools and communities. Even today several schools in the city are still segregated due to the Board of Education's failure to fully address the issue.