The Vander Ende-Onderdonk House was constructed in the 18th century under the orders of Paulus Vander Ende who was a resident of Flatbush. Vander Ende purchased the land where the house sits in 1709, and the house was constructed sometime after that. The house was added to in the 1820s by Adrian Onderdonk. The house fell into disrepair over decades of ownership exchange and neglect. In 1975, the Greater Ridgewood Historical Society was created to preserve and renovate the house. Today, the house is home to the GRHS. It was listed on the National Register of Historic Places in 1977. 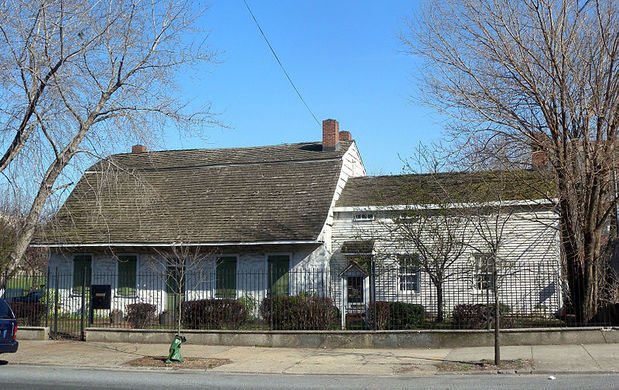 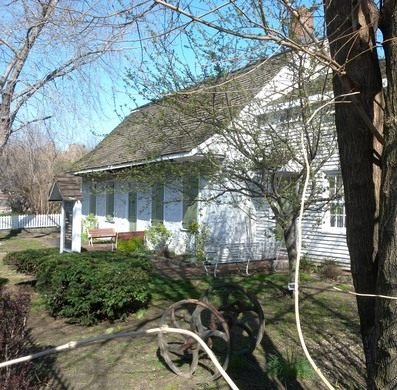 The land where the Vander Ende-Onderdonk House sits was first given to Hendrick Barentze Smidt in 1662 by Pieter Stuyvesant, who was the last Dutch Governor of New Amsterdam. The property already contained a house which had been constructed by 1660. This original house was eventually destroyed after Paulus Vander Ende, a resident of Flatbush, bought the property in 1709. After purchasing the property, Vander Ende built the current house that sits there, which was probably constructed with slave labor considering the family owned slaves. The style of house was a hybrid with both Dutch and English design elements. It was built with stone and contained a Dutch gambrel roof, Dutch doors, a central hallway, and windows with shutters.

The house became the center of a boundary dispute by the middle of the 18th century. At the time, both Bushwick and Newtown claimed rights to tax the property, believing the home was located within their respective boundaries. Finally, in 1769, the boundary dispute was cleared up when a rock, known as Arbitration Rock, was placed on the property to mark the boundary between the towns.

The house remained in the Vander Ende family for the remainder of the 18th century, but by 1805, the house was passed out of the family. In 1821, Adrian Onderdonk purchased the property for his wife Ann Wyckoff and himself. Both of them were Dutch descendants themselves. While Onderdonk owned the house, he added a frame addition to the stone structure over the foundation of the original house built before 1660. He also added a fireplace and other decorative additions, which helped transform the home into a suburban house, fitting other homes popping up in New York at the time.

The home and surrounding property were passed onto the children of Adrian and Ann Onderdonk. Over time, the land was sold off in sections, and in 1912, the house was sold by Gertrude Onderdonk Schoonmaker, the daughter of Adrian and Ann.

Over the course of the 20th century, the area surrounding the house transformed from suburban to industrial, and by 1924, the house and surrounding property was put into industrial use, serving as an office, caretakers house, and spacecraft parts manufacturing building. However, all of the industrial buildings on the property were torn down in 1973, but luckily, residents in the area were able to prevent the house from being torn down as well. These residents established the Greater Ridgewood Historical Society in 1975, and they quickly raised funds to restore the house, which had been damaged by a fire. The public was given access to the house beginning in 1982. The home was listed on the National Register of Historic Places in 1977 and received New York City landmark status in 1995.