Located in Yorktown, Virginia, Yorktown National Cemetery is one of fourteen national cemeteries managed by the National Park Services. The cemetery’s location was decided in the year of 1866 due to its close proximity to several Civil War battles. The cemetery is home to the remains of over 2,000 soldiers. Although most of the men who rest in the cemetery were Union Army Soldiers who lost their lives in the 1862 Peninsula Campaign, there are known to be ten Confederate soldiers resting in the cemetery as well. According to the cemetery’s website, “of the total 2,204, 747 are of known persons and 1,436 unknown.” 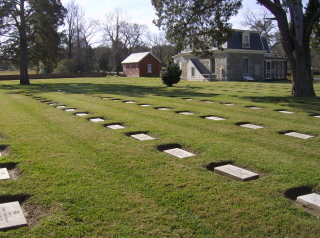 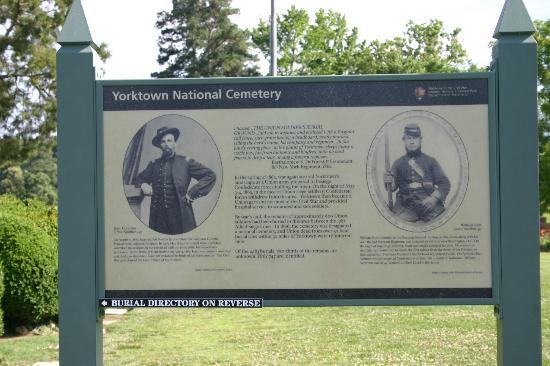 The cemetery’s website also sites an 1868 inspection made by the U.S. Army reporting that:

The cemetery covers 2.7 acres that are enclosed by a four-foot wall that surrounds the grounds. The cemetery is split into four different burial sections that come to an intersection where artillery cannons are placed. The cemetery is a part of the Colonial National Historical Park.