In the early 20th century, the coal industry was booming in Southern West Virginia. Immigrants were brought in from other countries such as England and Scotland to boost the production and mining of coal. Among this extra influx of immigrants were African Americans. The mountains of West Virginia became a melting pot of various races and backgrounds. Although this was true, racism toward African Americans ran rampant. On December 15th, 1919, two Black miners named Ed Whitfield and Earl Whitney were attacked and killed by a white mob, and tossed into the Guyandotte River. 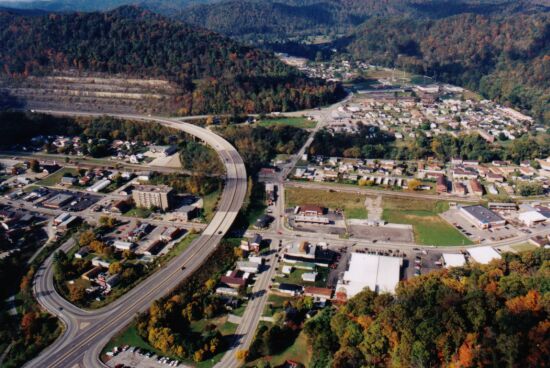 Although the overall conditions for early West Virginia miners were poor, the coal industry was booming.  Workers from all over the world were brought in to keep up with the production of coal. Among these newly-implanted workers were African Americans. Southern West Virginia was not the most hospitable toward Blacks during this time. From full-on mob lynching to wrongful accusations of murder and rape, Blacks were met with much opposition in the southern part of the state.

Southern West Virginia has been no stranger to extreme cases of racism in its bloody history. Groups such as the Ku Klux Klan still had a stronghold on the mindset of the people of Chapmanville during this time. Two African American miners were accused of allegedly murdering E.D. Meek, a white construction foreman. They were both employed by Island Creek Colliery Company, which had several operational mines throughout the state. After being detained by local deputies, both men were taken from sheriffs while being transported from Chapmanville to Huntington and seized by a white mob. The men were backed up against a rail car, shot, and tossed into the Guyandotte River.

The West Virginia governor implored Logan County Sheriff Don Chafin to launch a full investigation of the incident. The Charleston branch of the NAACP, just an hour away, also pushed for an investigation. But due to existing prejudices held by local judges and prosecutors, the charges were dropped and swept under the rug. Newspapers were released stating there was no evidence warranting indictments of the white lynch mob members.

In the years following the incident, lynching was much-less prominent, but false accusations against African Americans persisted.

Following the lynching, the anti-lynching campaign gained greater momentum, despite attempts by white citizens and lawmakers to assure Blacks that "it is very seldom that a lynching occurs in West Virginia ." In 1921, however, following a brutal white-on-white lynching, West Virginia passed an anti-lynching statute.