Also known as the “People’s Bridge,” the Walnut Street Bridge connects Harrisburg’s Riverfront Park with City Island which sits in the middle of the Susquehanna River. For most of its existence, the bridge spanned the entire river. This wrought iron thru truss bridge dates back to 1890 and has been a pedestrian-only span since it was damaged during flooding in 1972. In addition, three of the bridge's spans collapsed into the river during severe flooding in early 1996. Despite the flood-related damage, the Walnut Street Bridge is thought to be the oldest existing bridge on the Susquehanna. The bridge was added to the National Register of Historic Places in 1971 and was also recognized as a Historic Civil Engineering Landmark in 1998.

The Walnut Street Bridge was completed in 1890 and connects Harrisburg to City Island. 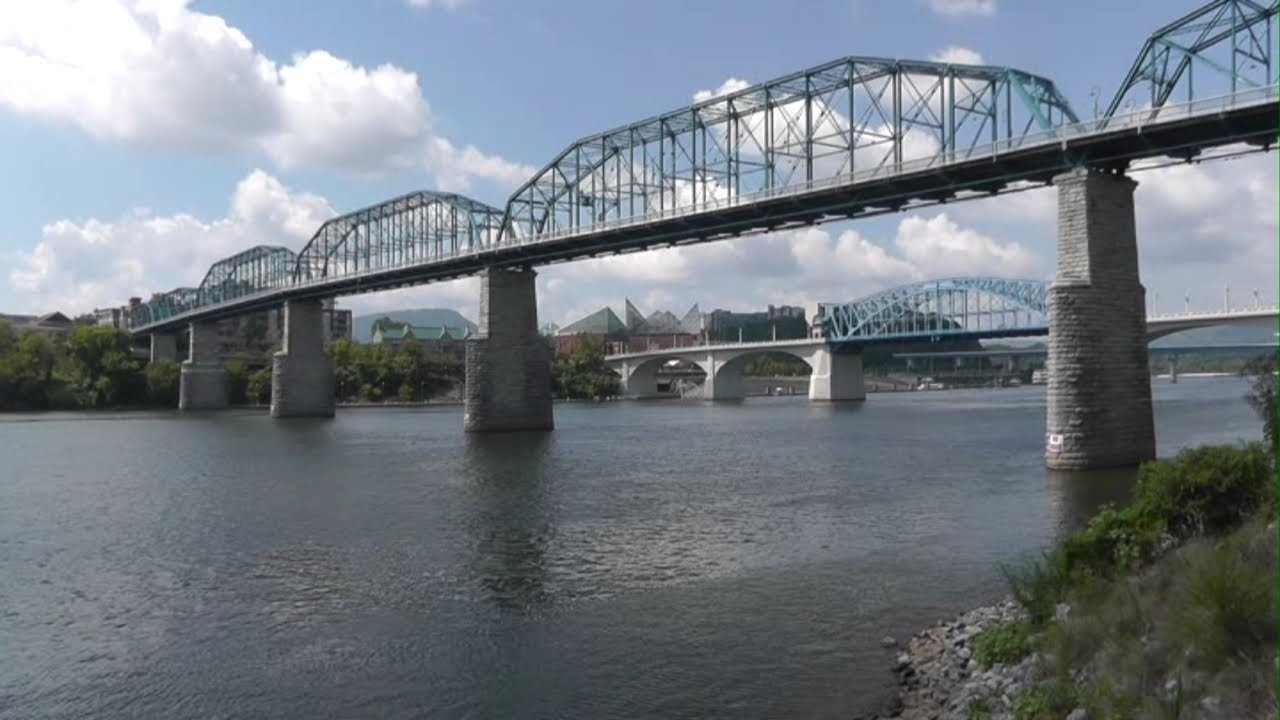 The entrance to the Walnut Street Bridge from Riverfront Park. 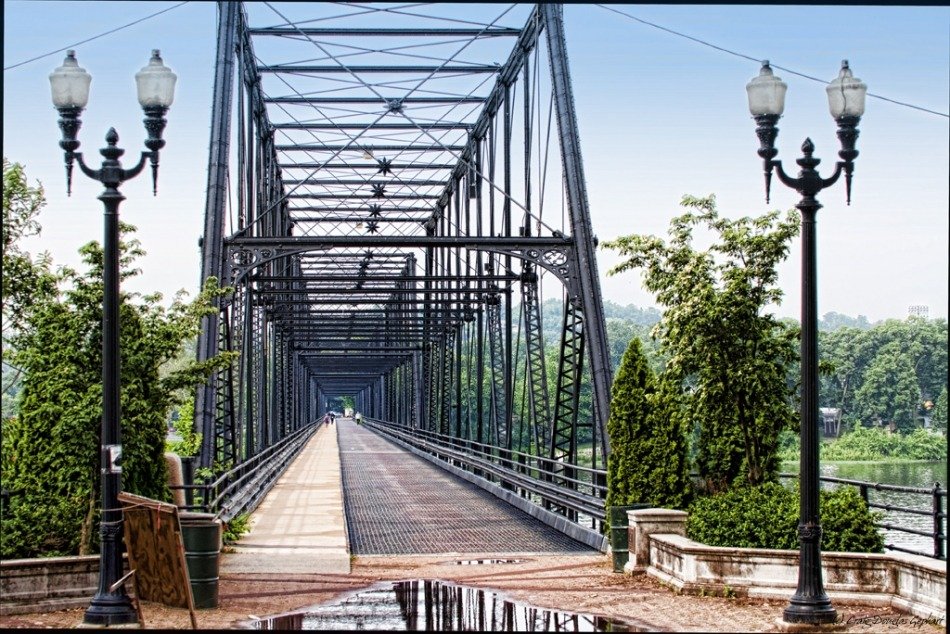 The western half of the bridge with its missing spans. 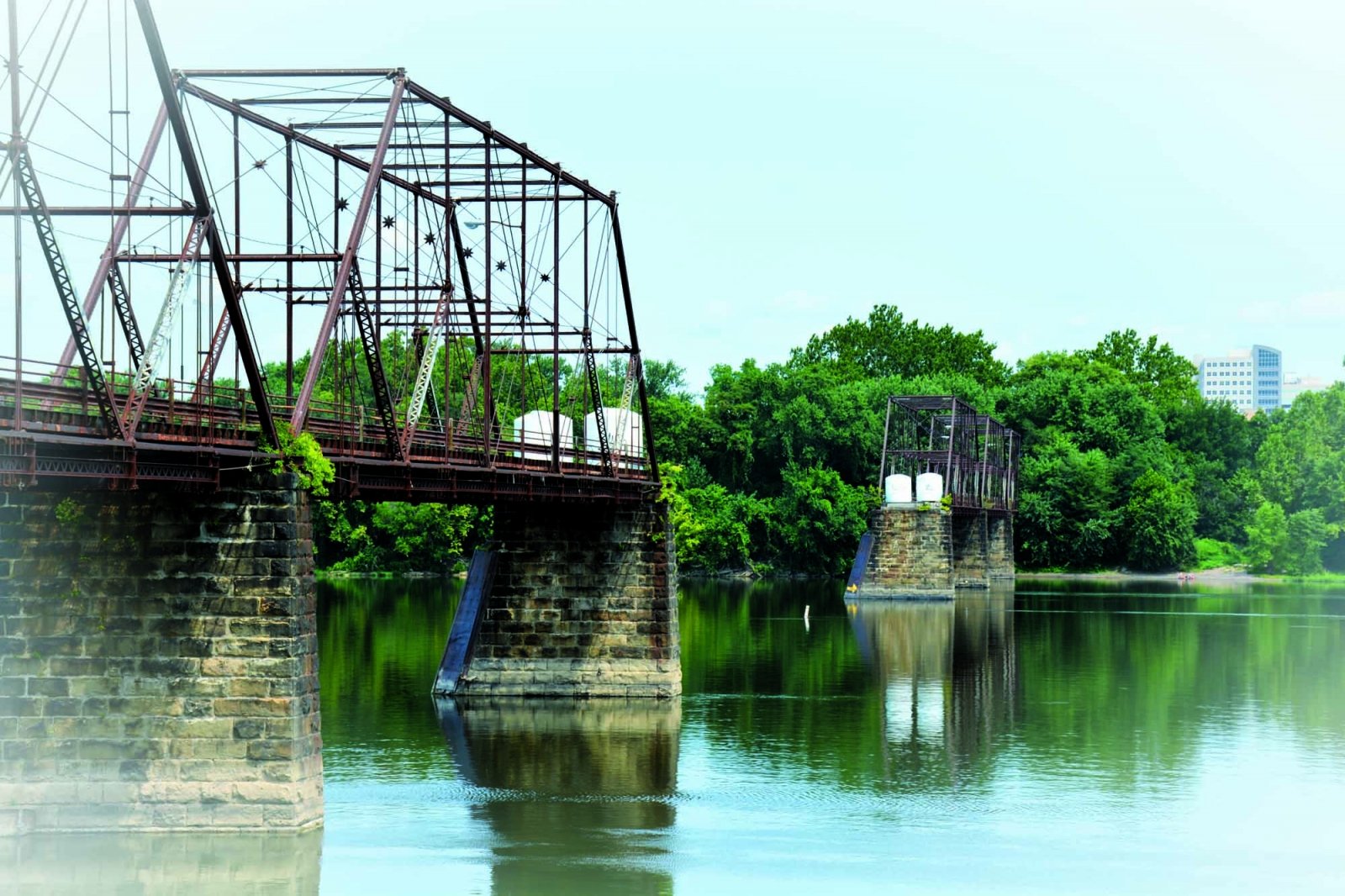 The bridge lit at night. New LED lights are to be installed in late 2017. 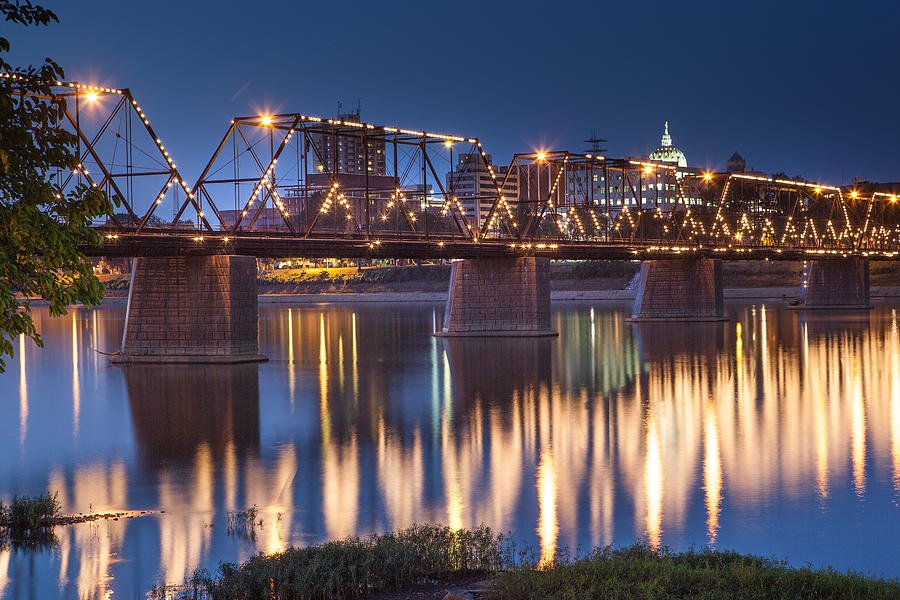 The historical marker that stands near the Walnut Street Bridge. 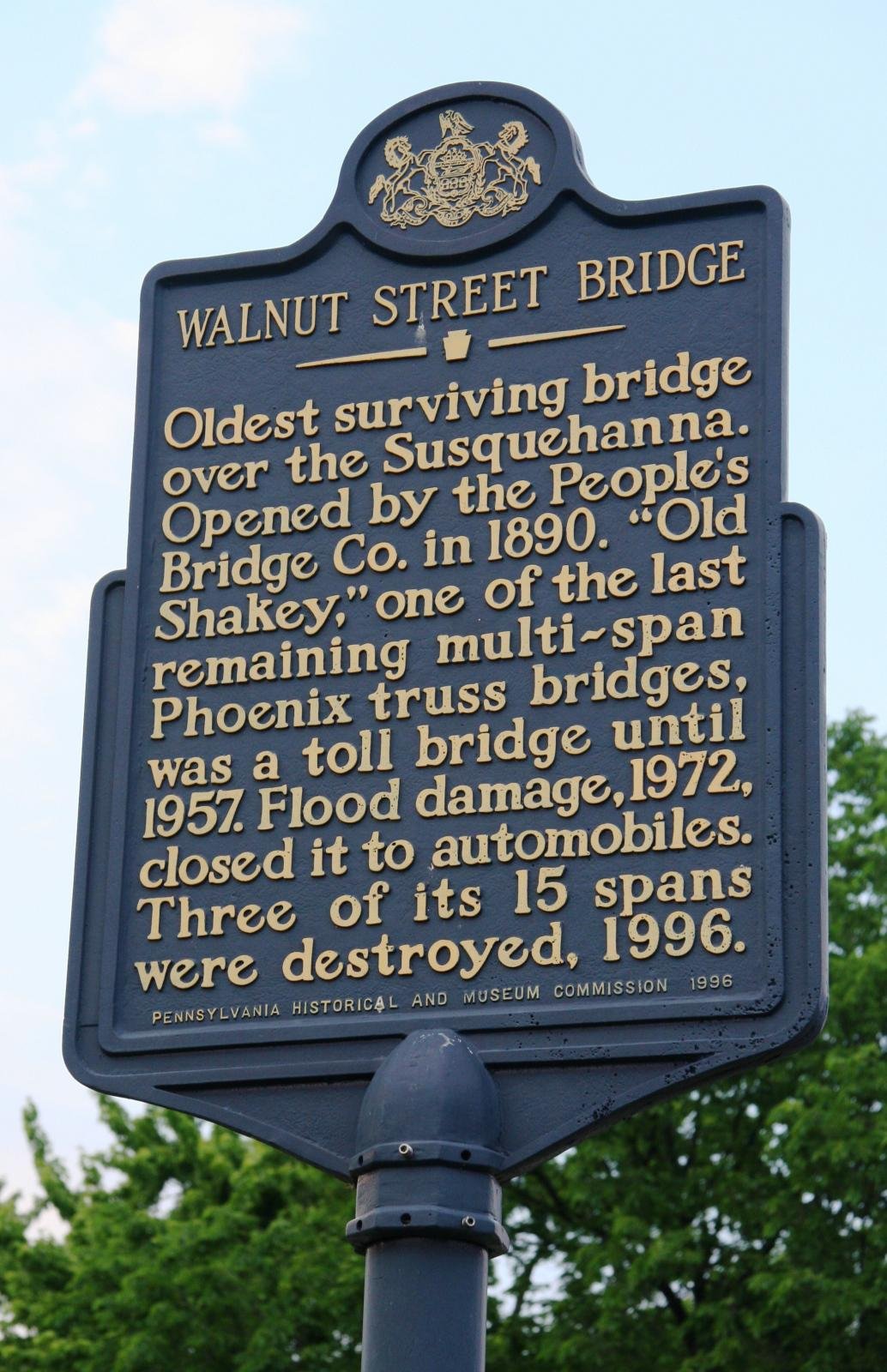 The Walnut Street Bridge was first considered to break the toll monopoly held by the Camelback Bridge (now known as the Market Street Bridge) in 1889.  Local residents were outraged as the toll to cross the Camelback continued to rise.  As a result, the city contracted with the Phoenix Bridge Company to build a competitor and the Walnut Street Bridge was the result.  Completed in 1890, the bridge connected Harrisburg, on the east side of the river, with Wormleysburg on the west, via City Island.  The bridge features spans that vary in length from 175 feet & 240 feet, with the wider spans permitting passage of river traffic below.

Originally only accessible to horse-drawn traffic and pedestrians, the bridge opened to street car traffic in 1894 and the last one crossed the span in 1936.  By that time, the automobile had surpassed the street car as the primary mode of transportation across the bridge and the toll was finally removed in 1957.  By 1971, the bridge handled over 8,000 vehicles per day.  However, that came to an end in 1972 when the bridge was so severely damaged by flooding associated with Hurricane Agnes that the bridge was closed for two years while repairs were conducted.  It has been a pedestrian-only bridge ever since.

In January of 1996 the Harrisburg area suffered through blizzard-like conditions, complete with excessive snowfall.  Mild temperatures and rain followed soon after and the ice and snow on the rapidly rising river began to push upward against the spans of the bridge.  Two spans were eventually lifted off their stone piers and proceeded to float down river  A third span on the western side later collapsed and that is how you will find the Walnut Street Bridge today; incomplete.

The eastern span, soon after the 1996 flood, went through a $5 million rehabilitation project during which concrete was added to the stone piers, supports were added to the trusses and some were replaced with steel versions.  As a result, the eastern half of the bridge still permits pedestrians access to City Island from Harrisburg.  Lights were added to “Old Shakey” in 1990, but were removed in late 2016 as they were deemed too expensive and time consuming to maintain, although there are plans to add new LED lights in late 2017. Today, the People’s Bridge Coalition, which formed following the collapse of the western spans, continues to work and lobby to gain the necessary funds to make the Walnut Street Bridge a complete span once again.