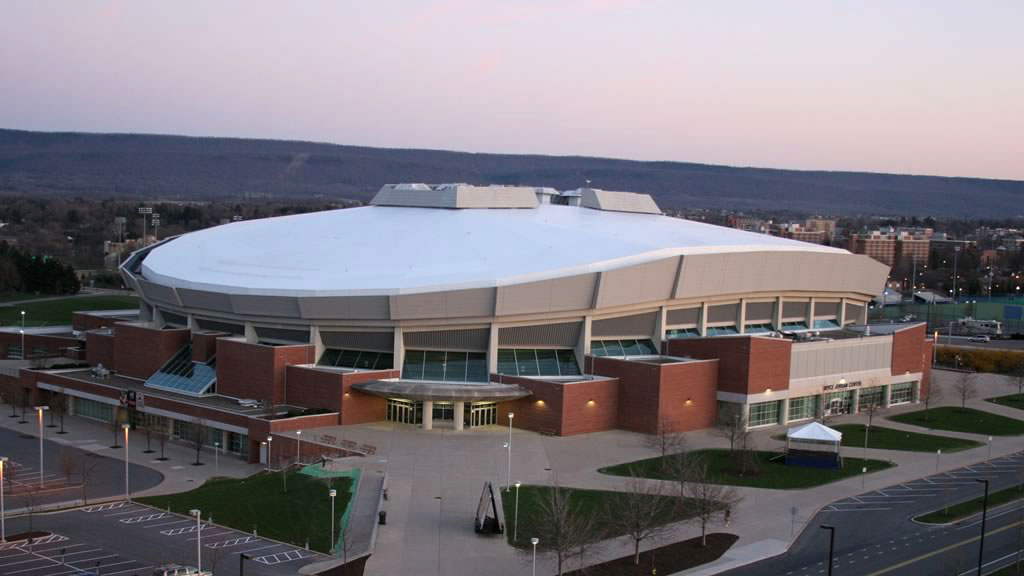 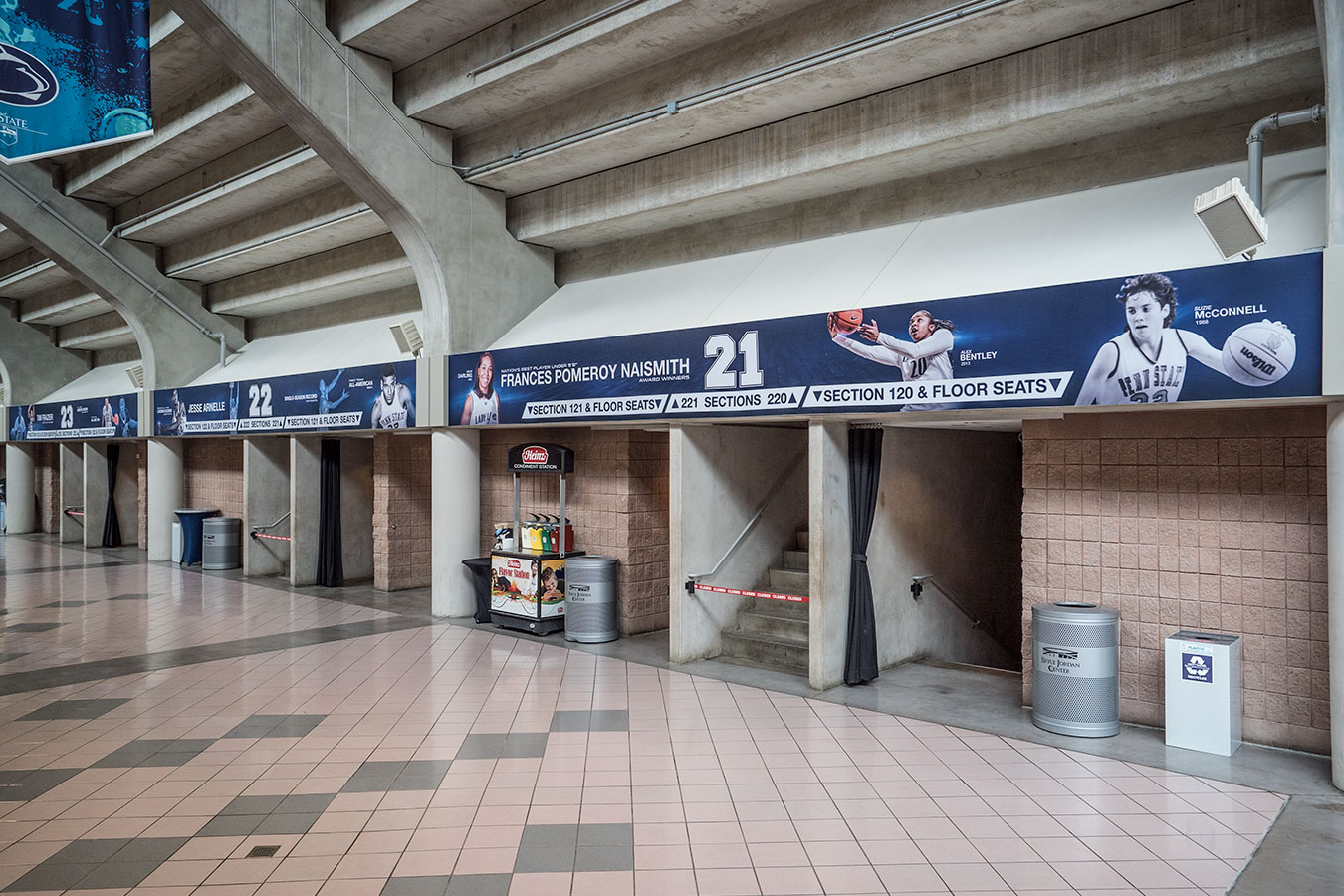 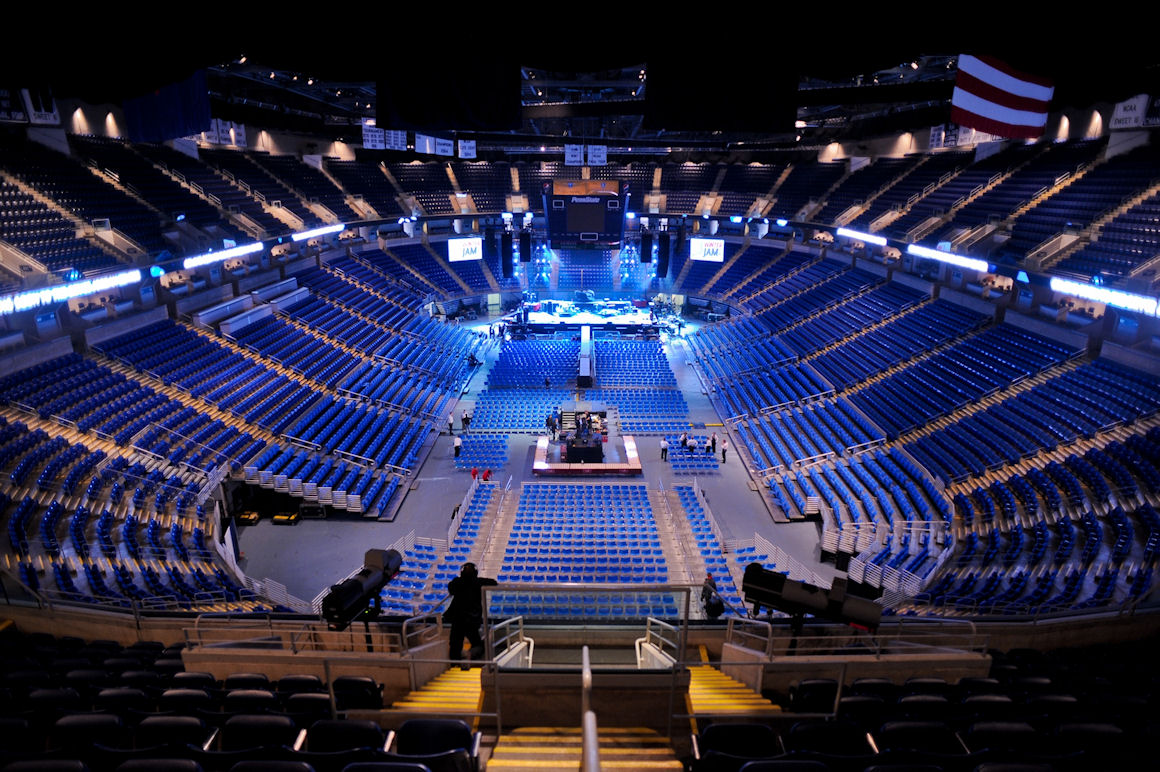 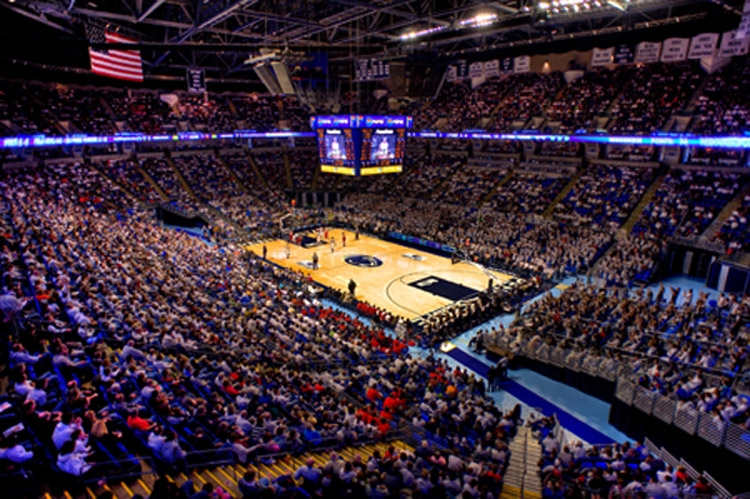 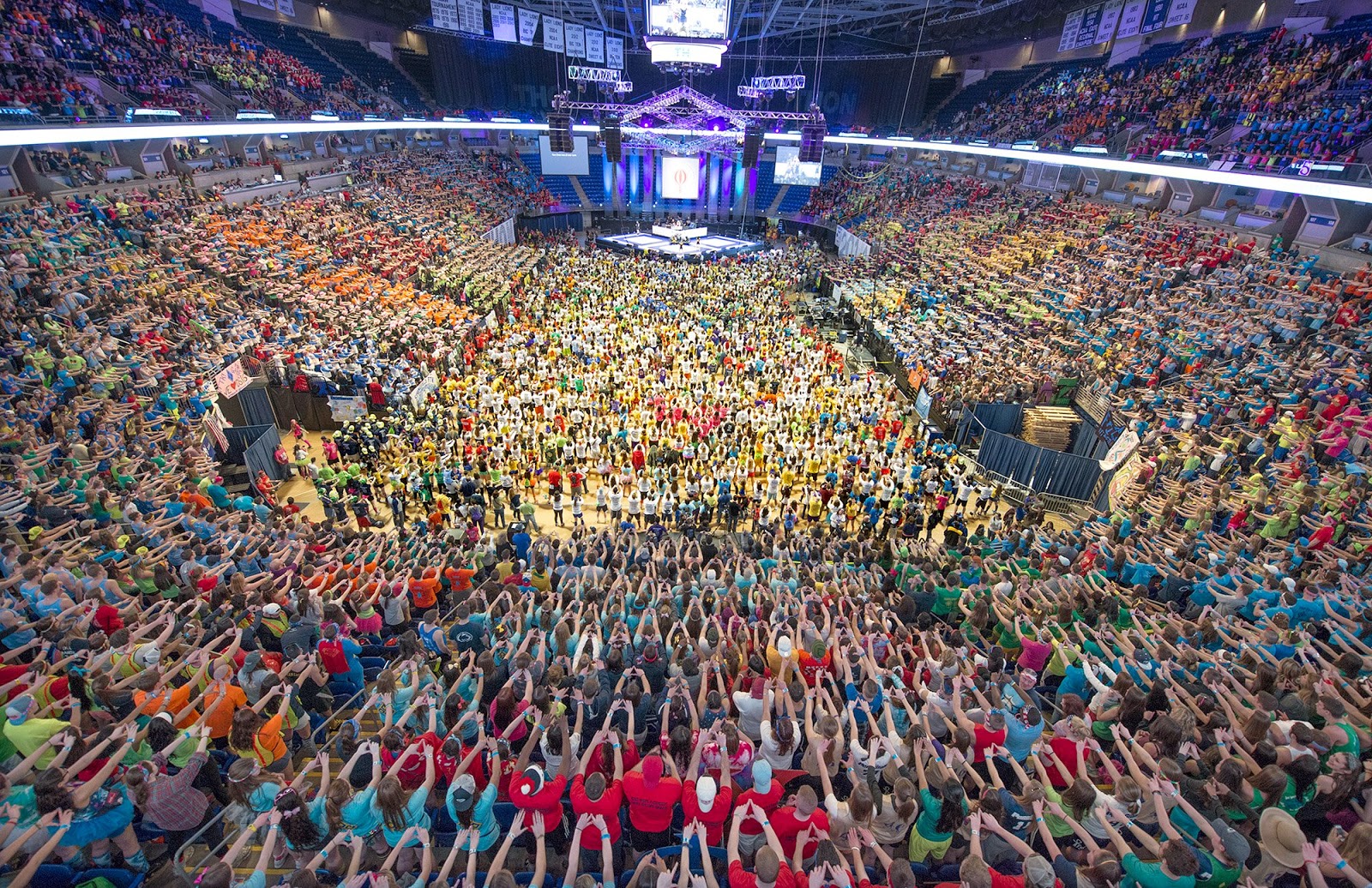 The building of the Bryce Jordan Center began in December of 1993. The construction timeline took an early hit with harsh weather conditions in the winter of 1994 which delayed the projected build time. As spring came along, construction picked up and the operations ran according to plan. The winter of 1995 was a mild one, and because of this, the construction ran much smoother than the previous winter. Because of this mild winter, the construction of the Bryce Jordan Center was ready and open for business by the actual commencement ceremony on January 6, 1996. The result was a massive fifty million dollars, three hundred and sixty thousand square foot facility that was ready to open its’ doors to the public. Just to put this into perspective, 3,100 tons of steel, 26,000 cubic yards of concrete and 5,600 tons of precast concrete were used to construct this massive venue.

The stadium itself has a maximum capacity of 15,261 occupants. Those attending concerts and events can buy seats on the floor. There are also more traditional stadium seating options available as well. These traditional seats include a full back and armrests. For those looking to watch in style, VIP seating is also available. The Bryce Jordan Center offers fans and event goers some state of the art audio and video equipment. The arena provides fans a high-tech sound system to go along with a television quality scoreboard display screen. Fans are also offered the usual concessions such as food and souvenirs.

Penn State has seen its fair share of great basketball players and coaches throughout its’ time. Jesse Arnelle was one of the greatest men’s basketball players in Penn State history. Arnelle was an All-American that led Penn State to its only Final Four appearance. He would go on to play for the Harlem Globetrotters. Talor Battle was a scoring machine for the Nittany Lions. He is the all-time leading scorer in Penn State history with 2, 213 points. Battle currently plays for Petrol Olimpija in Slovenia. Rene Portland coached the Lady Lions for twenty-seven seasons. During the 2006-2007 season, Portland became just the ninth Division I women’s basketball coach to win six hundred games at one university. Portland finished her coaching career ranked sixth all-time on the total wins list for women’s basketball.

Penn State basketball players and coaches get the chance to use some state of the art facilities at the Bryce Jordan Center. Both teams have access to the locker room and player lounges. Also available to the players are the film room, training and weight room, coaches’ offices and full-size basketball court complete with six basketball hoops. The Bryce Jordan Center is also media friendly. Members of the media are treated to the use of multiple meeting rooms, as well as, a spacious press room.

The Bryce Jordan Center is the home of the largest student-run philanthropy event in the entire world known as THON. The formal name of the event is the Penn State IFC/Panhellenic Dance Marathon. Every year, Penn State students hold a forty-six-hour dance marathon to raise money for children’s cancer research. This event has been held at the Bryce Jordan Center since 2007. THON has raised tens of millions of dollars for children’s cancer research. All proceeds of the event and yearly fundraising efforts go to the Four Diamonds at Penn State Children's Hospital. Some highlights of the event include yearly children’s talent shows, guest speakers, and athlete hour. Athlete hour consists of Penn State student athletes taking the stage and performing dance routines or bringing kids up on stage to play an assortment of games. The event is all about the kids.

Glossner, J. (2014, December 04). Behind the Scenes of the Versatile Bryce Jordan Center.