Site of the Mapes Hotel (demolished)

The Mapes Hotel once stood as one of the most recognizable landmarks in Reno. The twelve-story building was the tallest building in Nevada when it opened in 1947. In its heyday, many of the biggest entertainers of the day performed at the Mapes. It was a forerunner of the large hotel/entertainment venues for which Nevada would become known. Despite its inclusion on the National Register of Historic Places, the Mapes was demolished in 2000. 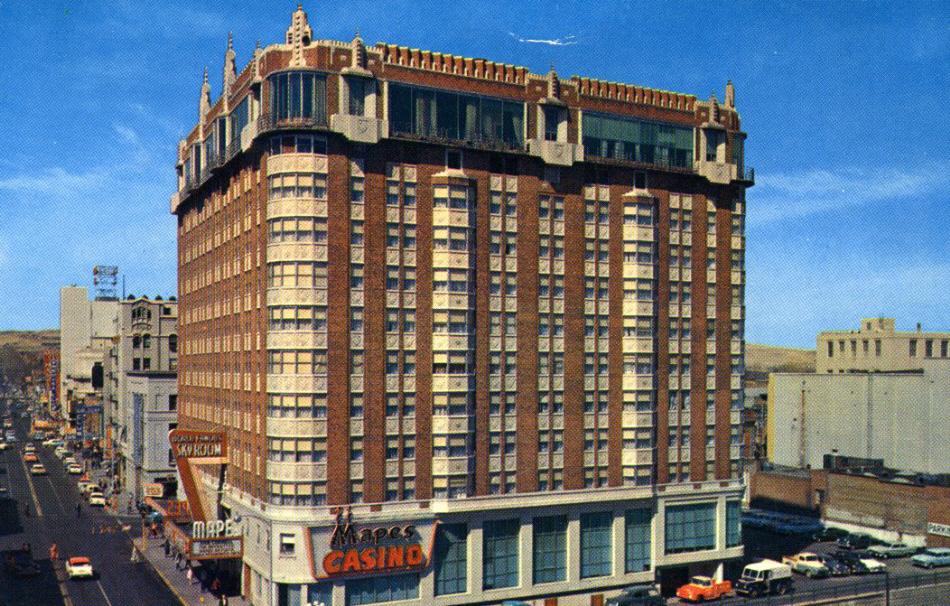 Demolition of the Mapes Motel 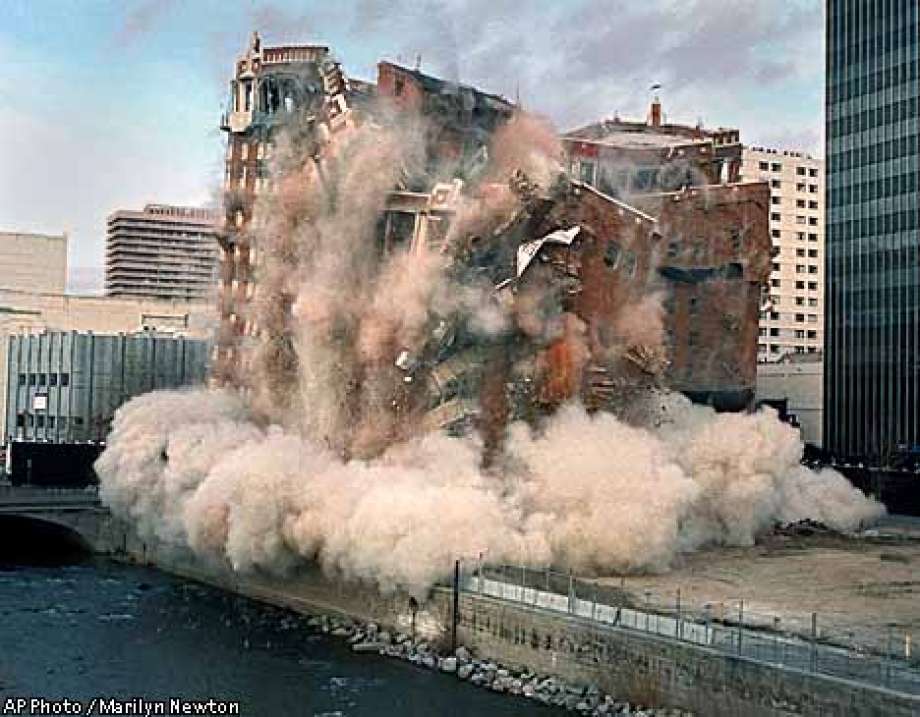 Marilyn Monroe stayed in a suite at the Mapes Hotel during the filming of The Misfits. 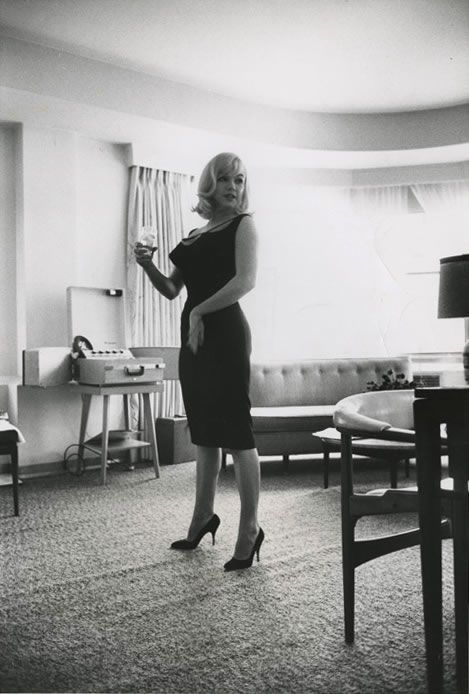 The Mapes Hotel opened in 1947, and at the time it was not only the tallest building in Nevada but the first major high-rise hotel built in the US in the postwar years. It was one of the first of the hotel-casinos in Nevada, a venue that provided not only accommodation but gambling and entertainment as well. The twelve-story building was prominently located on the corner of the Truckee River and Virginia Street.

The hotel was named for an old and prominent Reno family. Charles Mapes, Sr., hoped to build a grand hotel to honor his late father, George Mapes, who was one of the early settlers to the area. Charles and his wife, Gladys, bought the property in 1937, but the project was delayed by the death of Charles shortly after the plot's purchase, as well as by shortages of materials during World War II. As a result, the hotel was not completed until 1947, when Charles Mapes, Jr., finished his father's project.

The Mapes Hotel was built in the Art Deco style and was inspired by both the Chrysler Building and the Empire State Building. It was 147,500 square feet, featuring eight residential floors and three elevators, more than any other building in the state. The property's rooms were small and comparatively simple, but the hotel's suites were quite spacious, and featured a living room, bedroom, kitchen, and dining room. The property's highlight was the 12th floor Sky Room, an upscale nightclub and restaurant with floor-to-ceiling windows that offered views of the city and the Sierra Nevada mountains.

During its heyday, the hotel welcomed the leading entertainers both as performers and as guests. Marilyn Monroe booked one of the hotel's spacious corner suites for much of the time that she was filming The Misfits. Among the many celebrities who performed at the Mapes were Judy Garland, Liberace, Tony Bennett, the Marx Brothers, and Sammy Davis, Jr.

Another interesting piece of pop culture is associated with the Mapes. In 1971, plane which was hijacked by D. B. Cooper landed in Reno following Cooper's parachuting from the plane. The flight staff was booked into the Mapes Hotel to be questioned by the FBI.

In the 1970s, the Mapes expanded their Money Tree Casino, and when the family could no longer afford the payments on the casino, banks foreclosed on both the Money Tree and the Mapes Hotel. The hotel closed for good in 1982. The Reno Redevelopment Agency bought the property in 1996, and in 1999, the Reno City Council voted to demolish the building. Though the hotel was listed on the National Register of Historic Places and in spite of the opposition of preservationists, the hotel was demolished in January of 2000.