A beautiful group of seven houses a mile off the Florida Coast. Stiltsville was built way back in the 1930s. "Crawfish Eddie Walker" was the first one to build a house in Stiltsville. As years went on, many other houses started to be built there also. According to history, it was the place to be seen. Stiltsville attracted many people, and still does to this day. It is a beautiful boat ride away to go and explore these historic houses.

Jumping of Sliltsville into the Floridan waters. 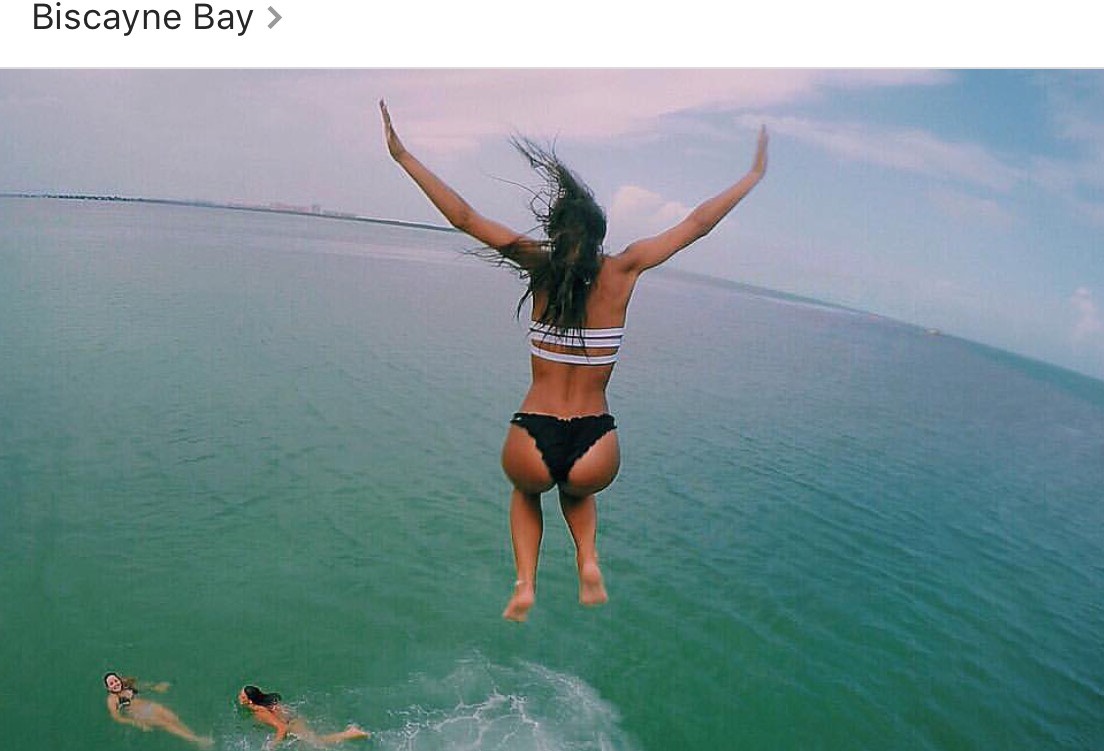 A fisherman fishing off Stiltsville back in the day. 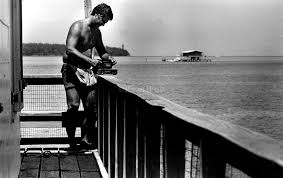 A view of one of the remaining structures with Miami in the background. 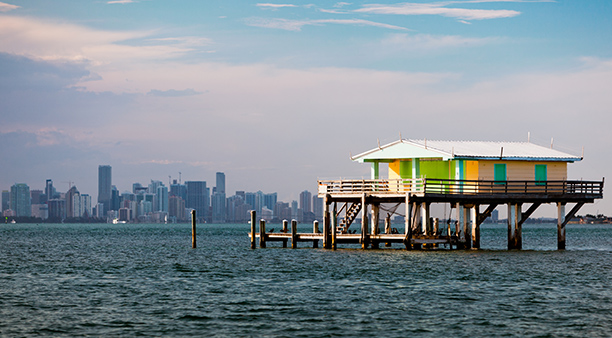 A view of two the structures. 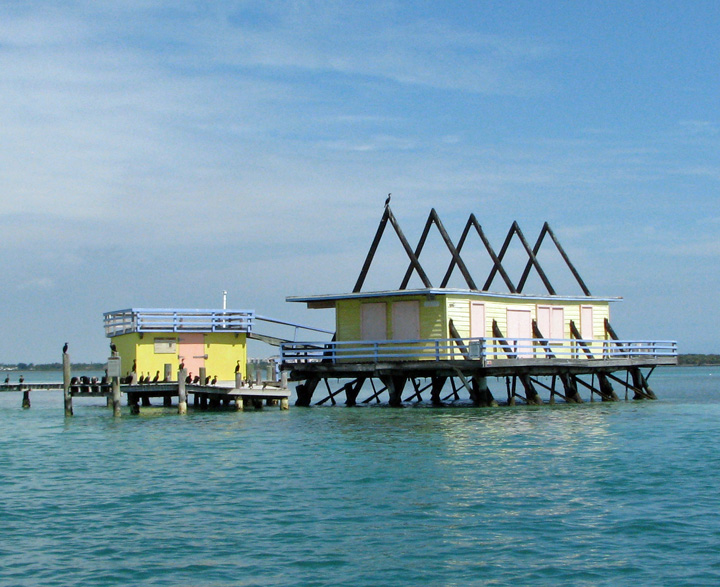 One of the remaining buildings. 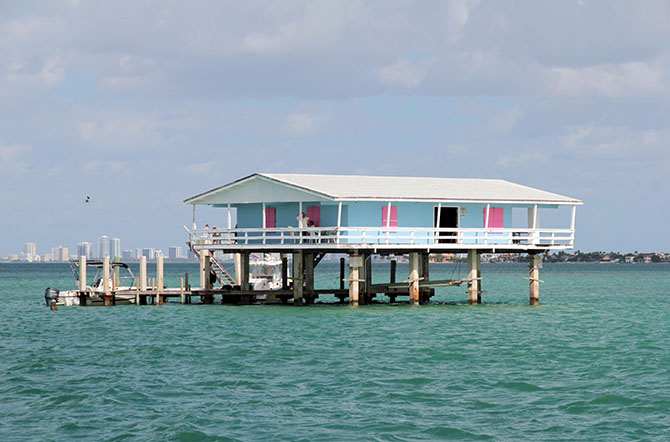 "Crawfish" Eddie was well known for his chowder back in the 1930s. Eddie first constructed these wooden shacks on stilts just a mile off the Florida shores.Around this time, the people of Flordia and everywhere else in America, were in lasts of the prohibition. Because of this, the shack soon attracted drinkers and gamblers. According to research, these people would chase their alcohol and poker hands with a bowl of "Crawfish" Eddies homemade chowder.

"Crawfish" Eddie was the first shack to be built in Stiltville. Many people were attracted to this type of scene back in the day. Soon, other people like Eddie built shacks around the Bay. Stiltsville was now known as a hotspot for Miami's coolest sinners. It all started with Quarterdeck Club and the invite-only gentlemen's club made in the 1940s.Since, you had to have a boat to get to these houses, you had to be pretty wealthy. It was the place to be seen back in the day.

Fisherman would hangout also at Stiltsville. They would come and boat between buildings while also drinking a beer. By the late 1950s, twenty seven houses were now built along these beautiful waters. The Quarterdeck Club was now so popular, it was shot in Life Magazine. Sadly, by 1962 the Quarterdeck Club was destroyed by a devastating fire. A year later however, a yacht that was over 150 foot was grounded and turned into a Bikini Club. Harry Churchville was the owner of this new Bikini Club. Churchville also made a nude sunbathing deck, and gave girls in Bikinis free drinks at that time. Three years later, this was shut down by the State Beverage Department.

As it felt as if Stiltsville was falling apart by the end of 1960s, Hurricane Betsy swept in. Sadly, Hurricane Betsy took it's tole of over half the 27 houses. After Hurricane Betsy, many of these houses were rebuilt. The states patience  for Stiltsville however, was very slim. The state issued leases to the shack owners which would expire in 1999. When the year finally had arrived, Hurricane Andrew had torn down all but seven house. The Community came together to protect these last seven houses. They negotiated a deal with the government, and the houses were saved.

The seven houses are now owned by the National Parks Service and the Stiltsville Trust. Still to do this day,Stiltsville attracts the young people of this generation.Young adults go off and adventure these seven houses. They go and jump off the houses into the ocean, while taking epic GoPro videos. Stiltsville is truly a blast!