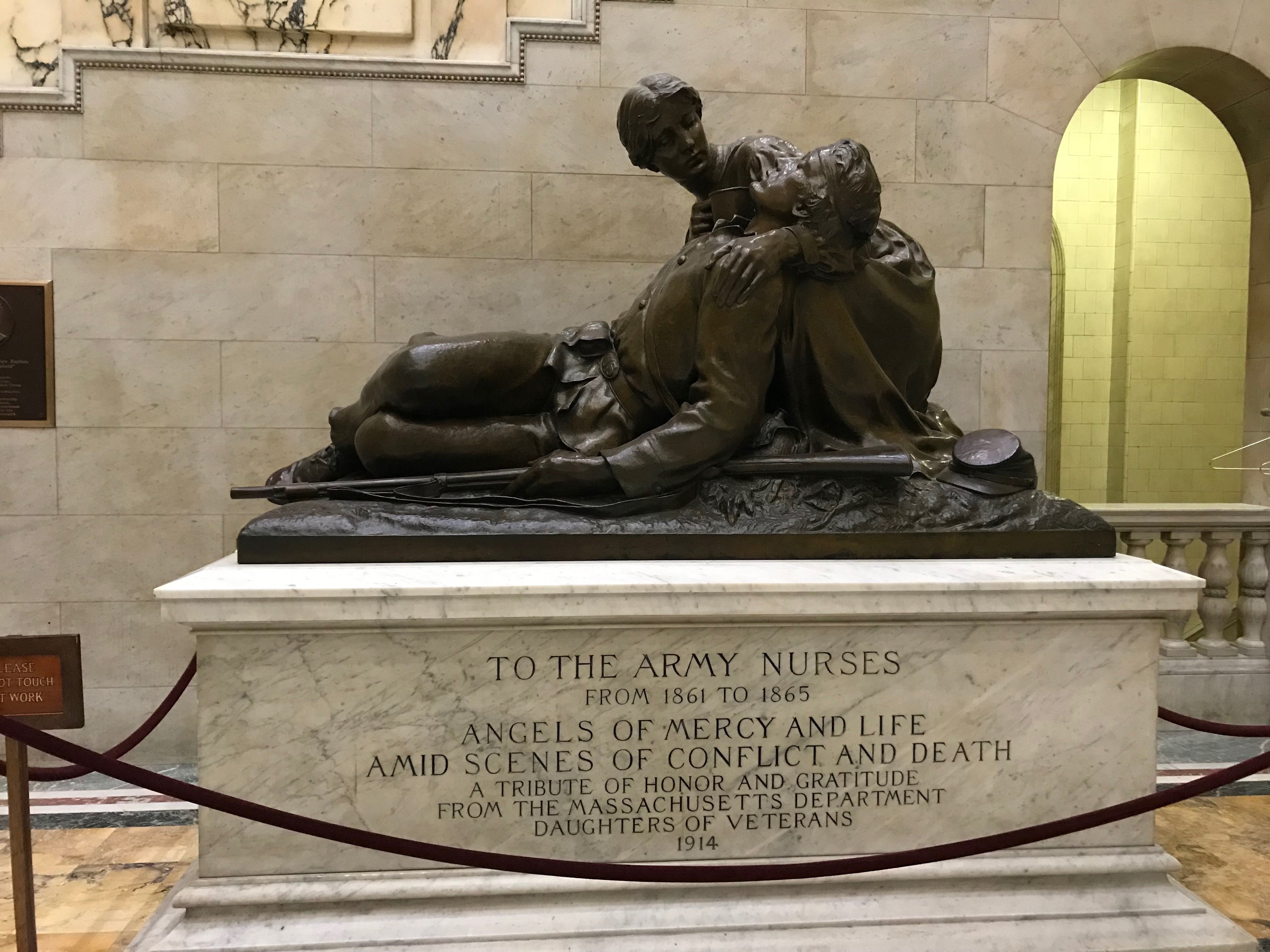 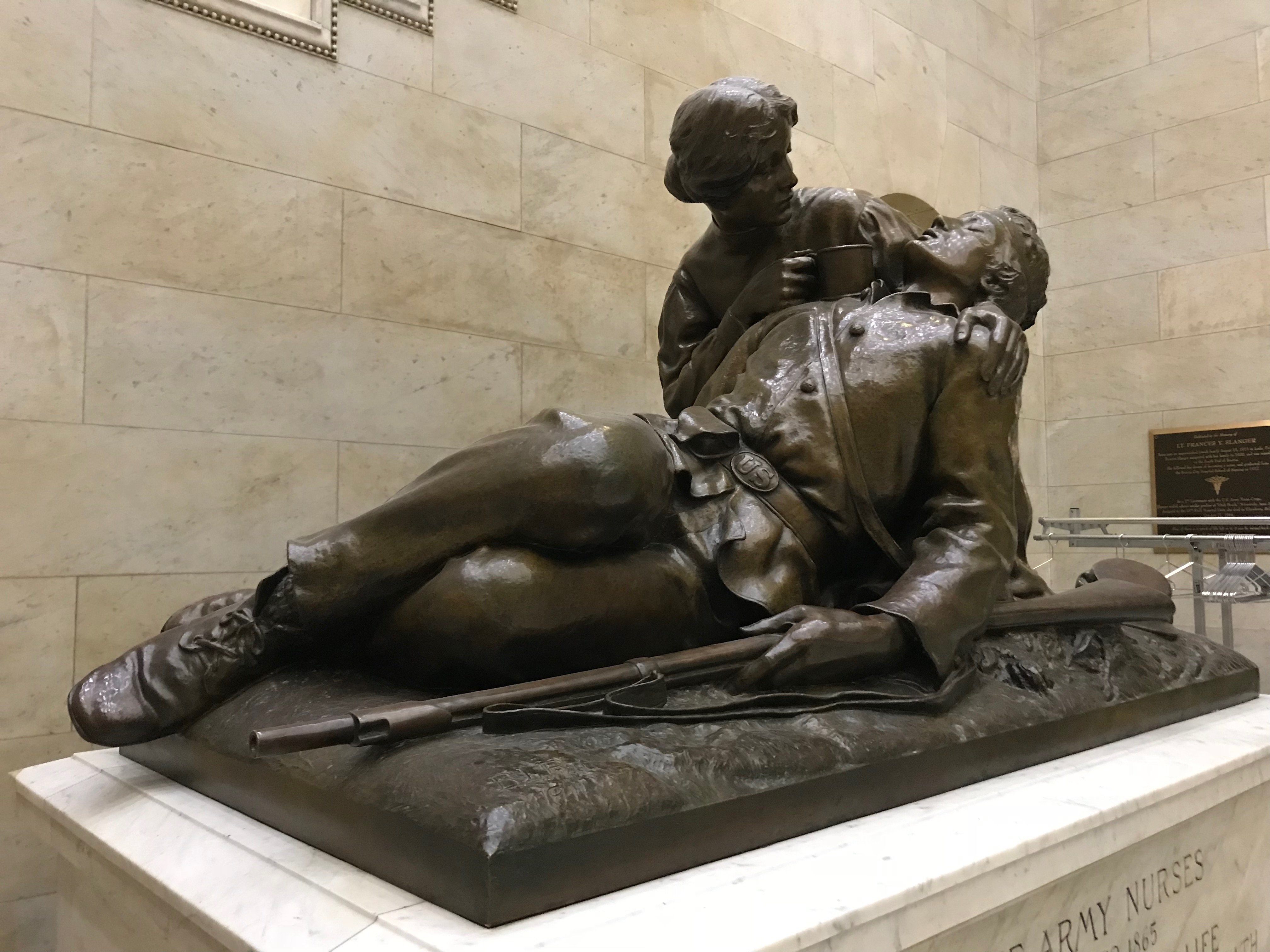 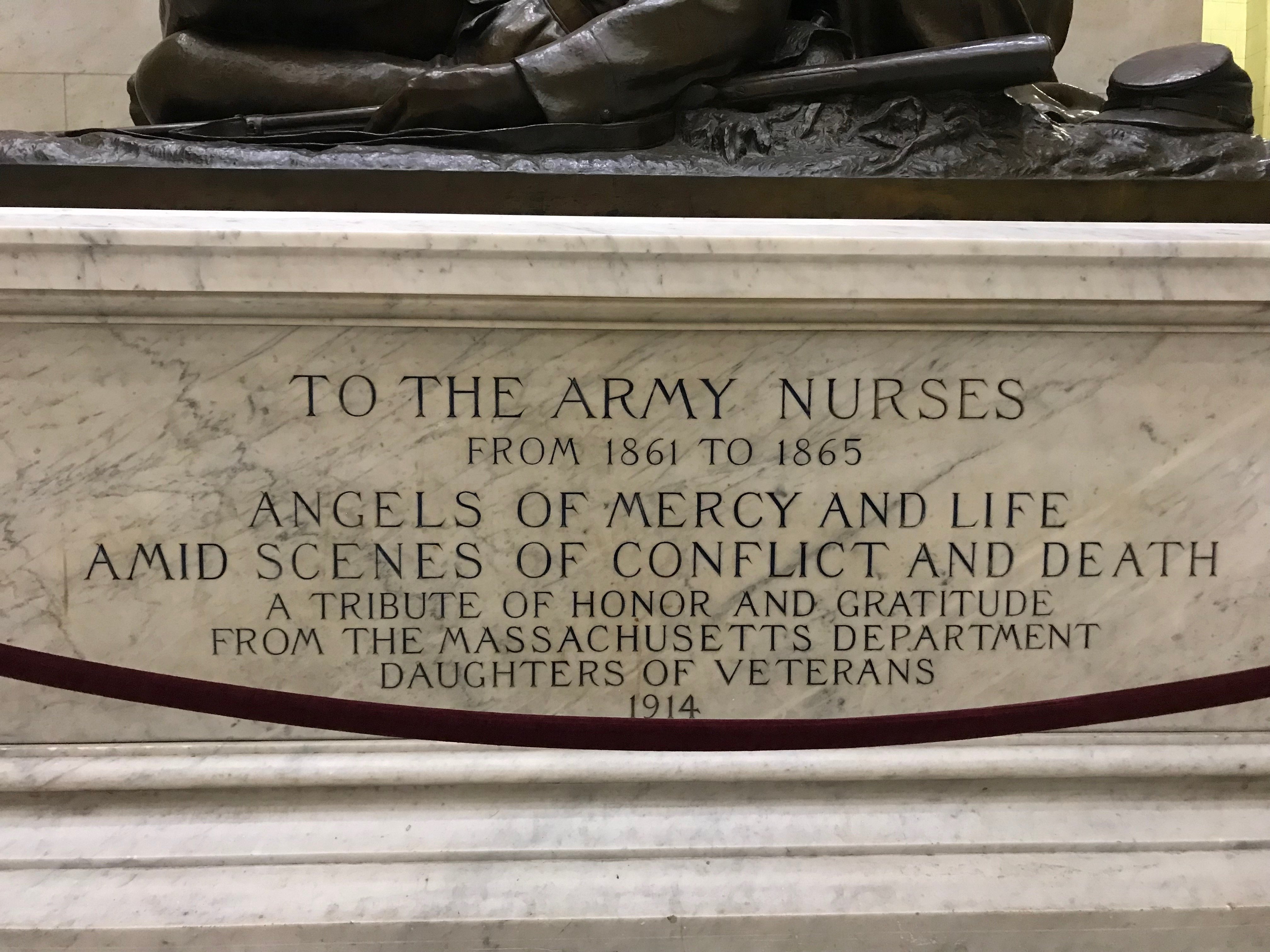 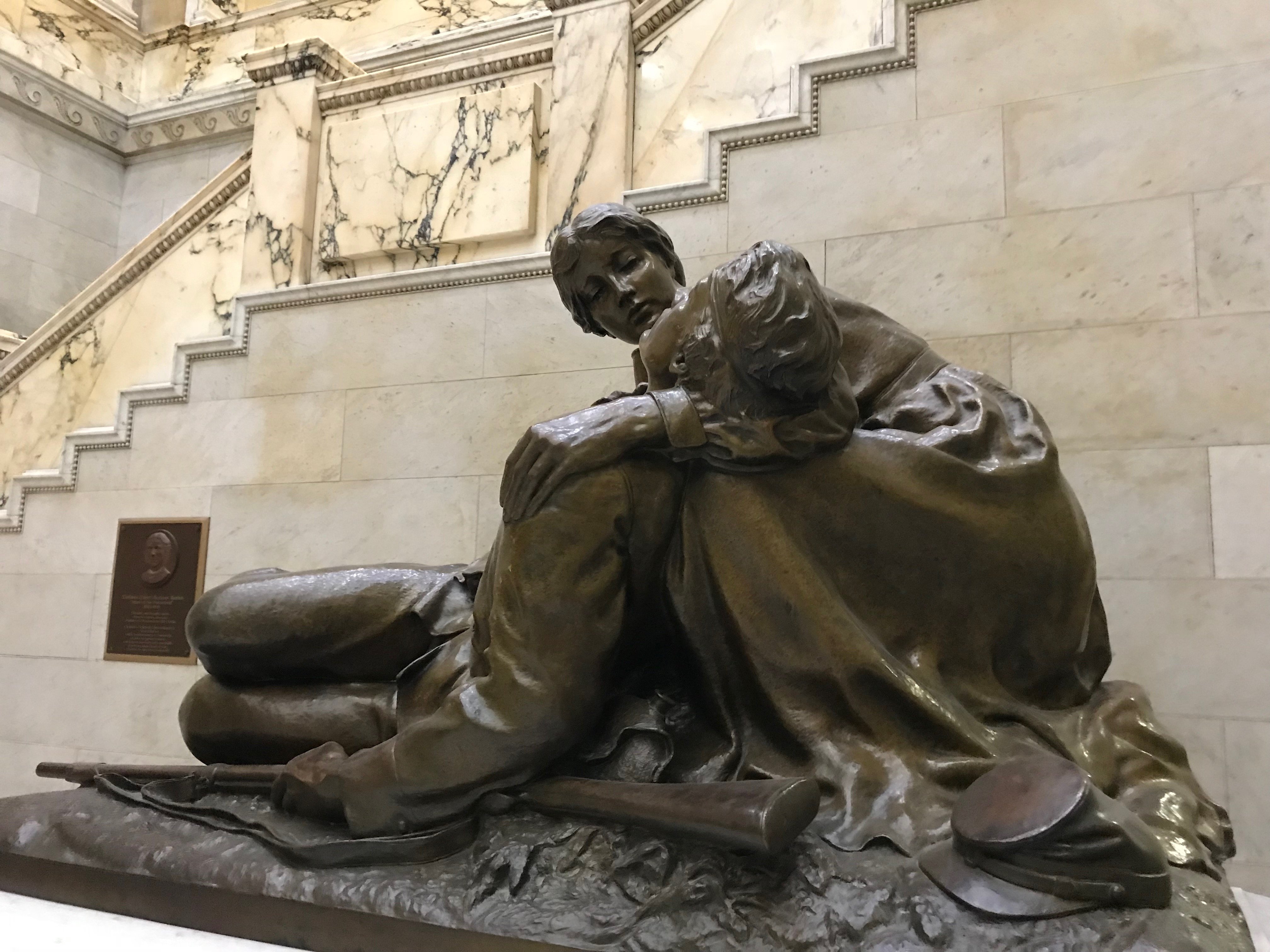 This memorial is dedicated to the nurses who served in the Civil War and helped aid wounded soldiers in the midst of battles. The bronze memorial was sculpted by Bela Lyon Pratt and depicts a nurse on her knees, supporting a wounded soldier in the battlefield. She is supporting his body and holding the man up as if she were his only source of life. The plaque beneath the sculpture reads: “Angels of Mercy and Life Amid Scenes of Conflict and Death.”

During the unveiling of this statue in 1914, the surviving Massachusetts Army Nurses were invited as guests of honor along with various members of the Legislature and the Sons and Daughters of Veterans. The memorial itself was officially presented to the Commonwealth by Agnes I. McCoy, Department President of the Army Nurses’ Memorial Association and was unveiled by the granddaughter of an army nurse, Dorothy Standish Lewis.

During the American Civil War women nurses were very uncommon and it was quite hard for women to achieve such a status. However, many of these women who ended up as Civil War nurses had family members take part in the battles. The women at home could not stand to think that their husbands, brothers, and fathers were out on the battlefield risking their lives for their country while they safely remained home, waiting for the war to end. Also, many women were concerned that their family members were not receiving the proper care on the battlefield because of the lack of nurses. Due to their worries for their enlisted loved ones many women looked for opportunities to help in any way they could. Many women began to be recruited through the Army Medical or the U.S. Sanitary Commission. Although even in these institutions women were banned from the battlefield, they were given responsibilities to monitor camp and hospital conditions near the battlefields and to distribute supplies and food to wounded soldiers. As in this time it was rare for a woman to become a nurse and those who managed to achieve this status were greatly praised for their service to the wounded.

This memorial was created to commemorate all of the female nurses who also risked their lives while caring for the thousands of wounded soldiers during the Civil War. This memorial was placed on the eastern side of the Senate staircase in a room which used to be named Staircase Hall.  However, in 1984 an act of the Massachusetts Legislature officially changed the name of Staircase Hall to Nurses Hall in order to properly commemorate the memorial in the room and define as a landmark.

Burrill, Ellen Mudge. The State House, Boston, Massachusetts. Printed under the direction of the Sergeant-at-Arms by order of the General Court, 1933.