The "Haunted" Pillar of the Lower Market

This place marks the location of what was once The Haunted Pillar of the Lower Market; a marker placed near the site explains the pillar’s history. The Lower Market closed in 1891, but the pillar remained a popular tourist destination until December 2016, when it was unfortunately hit by a car. There are plans to begin reconstruction in the near future.

This is a photo of Augusta's famous "Haunted" Pillar, prior to its destruction in 2016. It is said that a local Citizen took a sledgehammer to the pillar, but was arrested by the local police after striking at it only a few times. 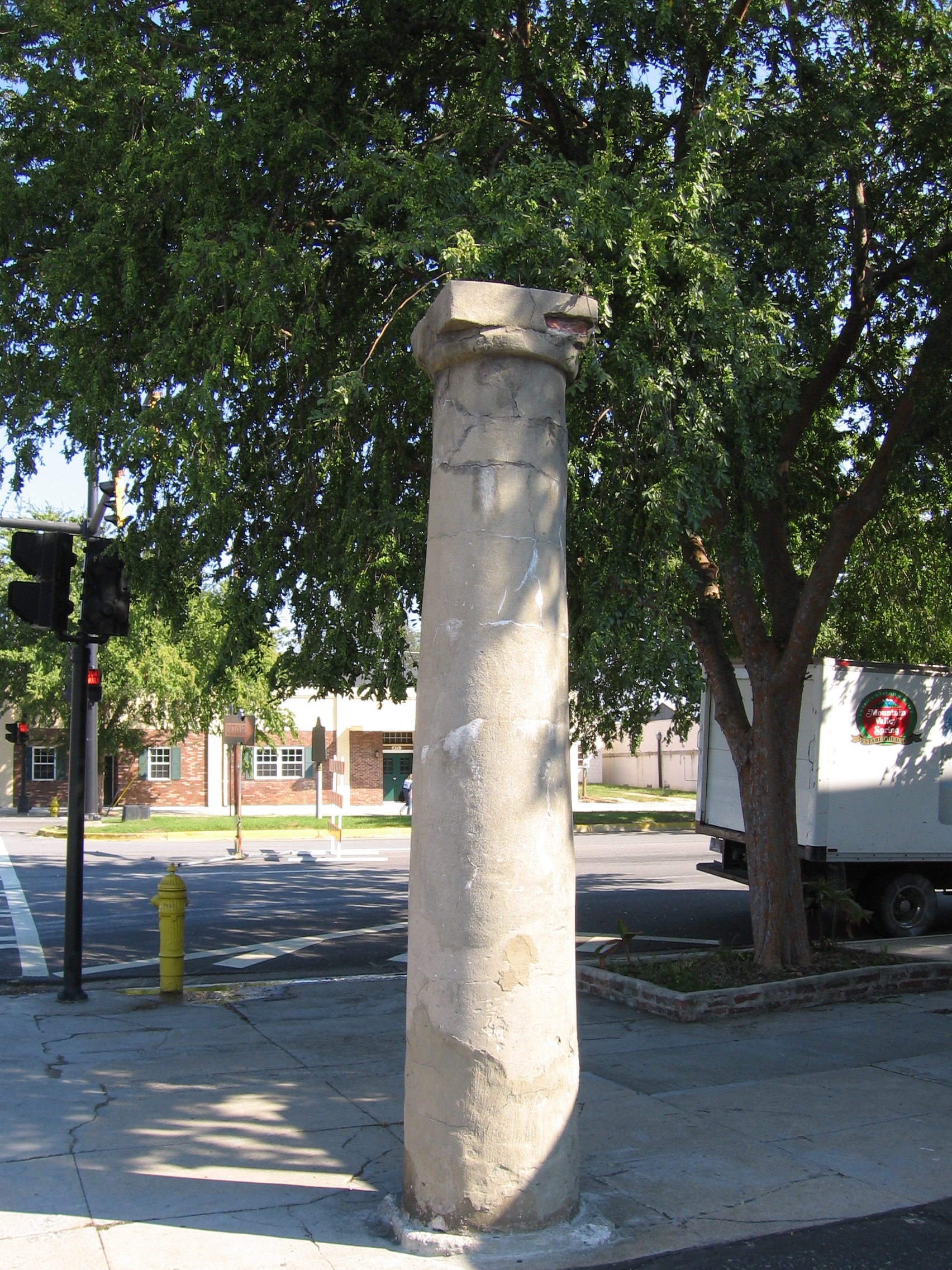 The pillar was destroyed in a car accident in December 2016, but local residents hope to rebuild the pillar from the remains. 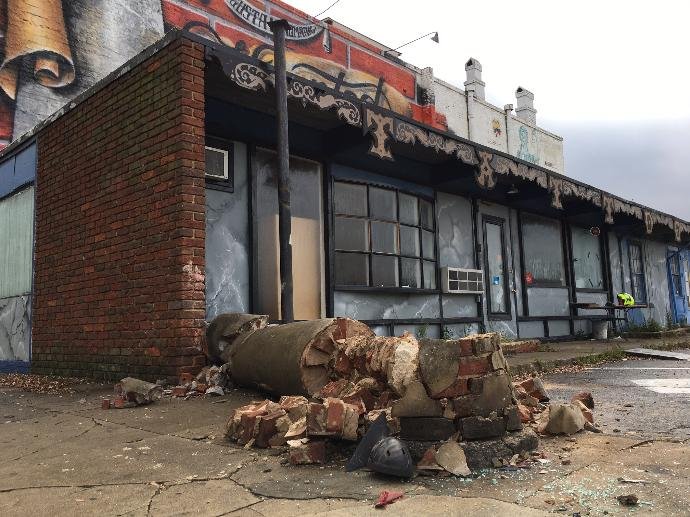 This historical marker designating the location of the former market and the "Haunted Pillar" was dedicated in 1996. 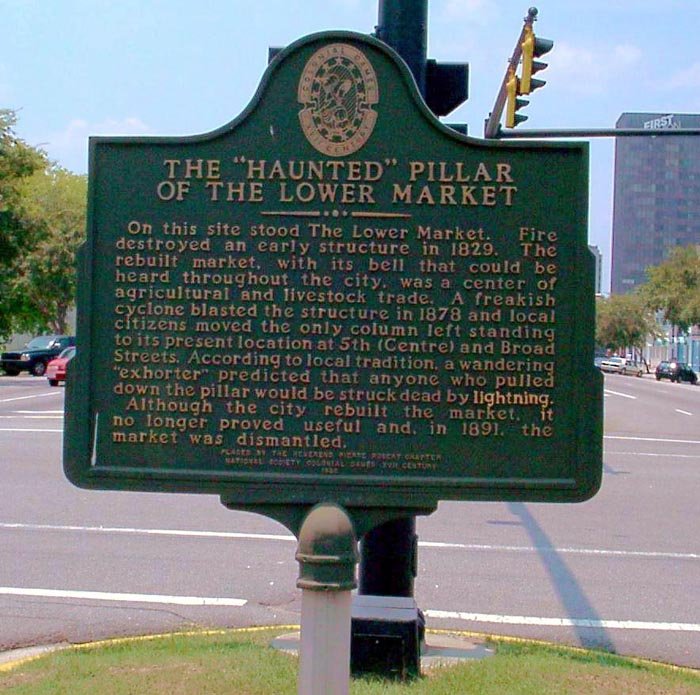 In 1829, a fire destroyed the Lower Market in downtown Augusta, Georgia. When the market was rebuilt, it included a fire bell that could be heard throughout the city, with hopes to prevent a similar incident from happening again. The market became the center of the region's agricultural and livestock trade, but in 1878, misfortune again struck when a cyclone destroyed the structure. Local citizens moved the only column that remained to the present location of 5th (Centre) and Broad Streets.

A local legend states that an evangelist, known by the locals as an "exhorter," was planning on preaching beside the pillar, but was denied the ability to do so because of the local authorities. Because of this, the evangelist predicted that anyone would be struck dead by lightning if they pulled down the pillar. Not too long later, a tornado blew through, signifying truth to what the preacher claimed.

In 1931, the Augusta mayor, Will Jennings, hired a press agent to spread the story that if anyone tried to move the pillar, they would die immediately or, at the very least, very soon. In the late 1950s, legend says that Augusta highway workers tried to move the pillar but were soon either struck by lightning or injured by their machinery

When looking at the pillar, some say that it seems like it could be cursed just from appearance alone. It is made of cement-covered brick that is stained with age, cracked, and chipped. The pillar also stands alone and in an inconspicuous place on a busy street corner. A nearby plaque is situated near to the highway median and, amusingly, people refer the plaque as a "less-terrifying haunted pillar.”

This very short tour of downtown Augusta includes several historic landmarks and concludes at the Morris Museum of Art. The tour includes the Augusta Museum of History and Woodrow Wilson's boyhood home.