Listed on the National Register of Historic Places, Sacred Heart Cathedral is one of the more striking buildings in Dodge City. Built in 1916, it was designed by Ralph Adams Cram (of Cram and Ferguson, one of the leading architecture firms at the time) in the Mission Revival style, resembling the architecture of the missions that the Spanish established throughout the Southwest. The interior features murals painted by artist George Melville Stone depicting the crucifixion of Jesus Christ, the Good Samaritan, the Good Sheppard, and the Angles at the Tomb. All of the murals include southwestern desert motifs, flora, and Native American figures. The church is now used as part of the Sacred Heart School; the parish merged with Our Lady of Guadalupe in 2001 to form the Cathedral of Our Lady of Guadalupe.

Sacred Heart Cathedral was built in 1916 and is an excellent example of Mission Revival architecture. 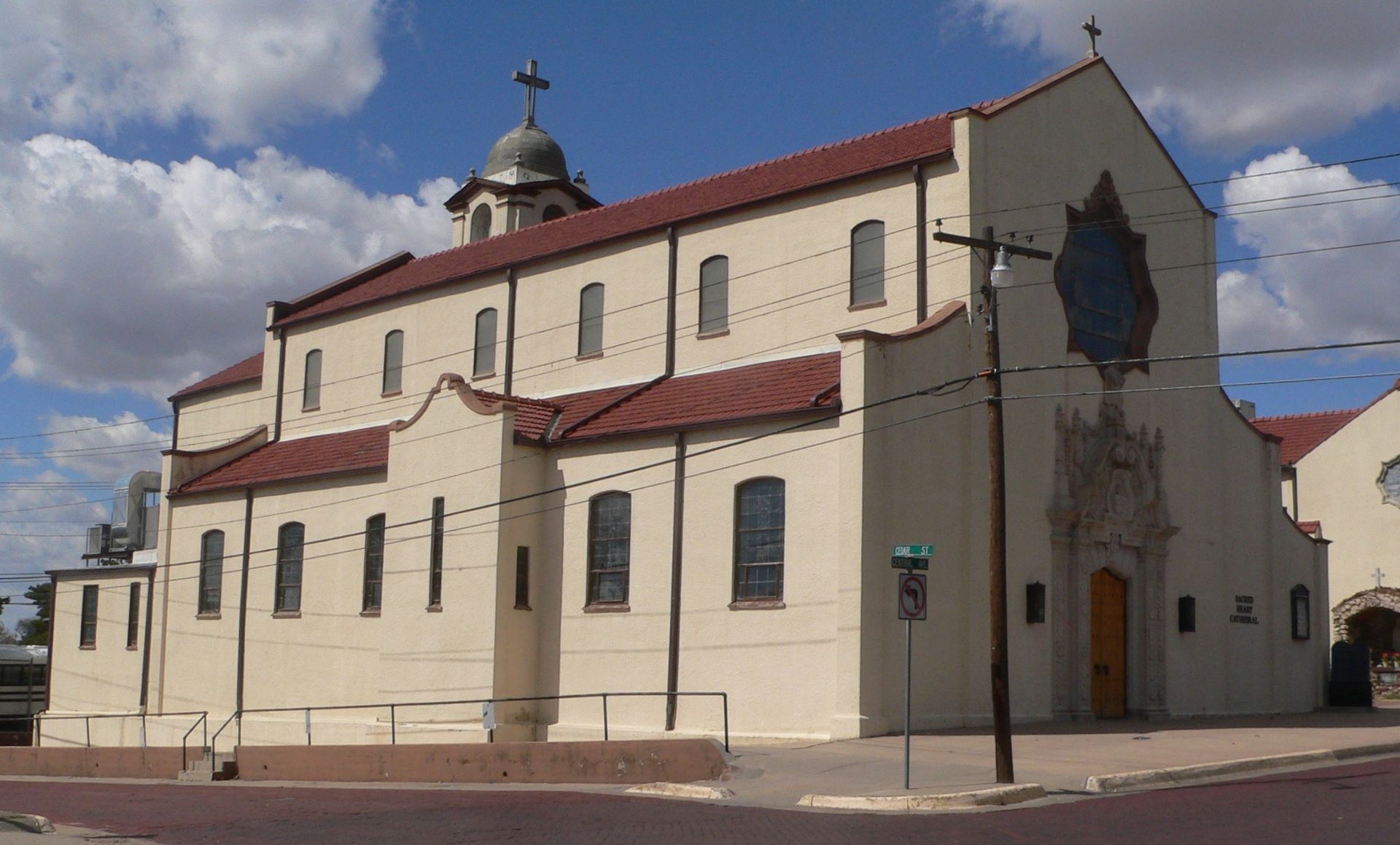