State of the art Major League Soccer stadium, home of the Philadelphia Union. Built in the city of Chester, on the banks of the Delaware River. 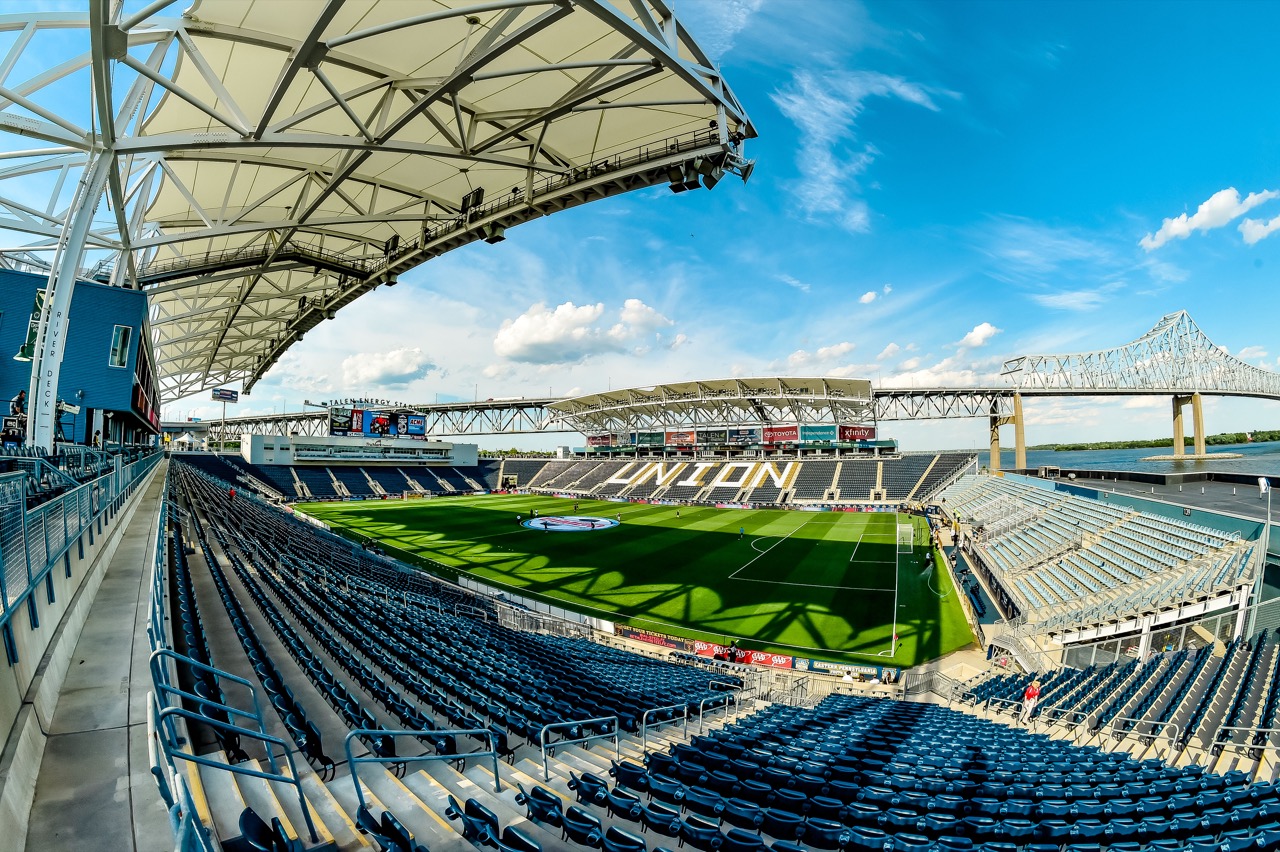 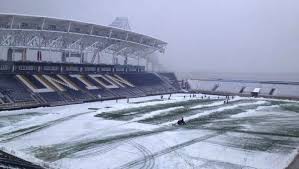 Talon Energy Stadium is a state of the art Major League Soccer arena located just south of Philadelphia in the city of Chester PA. The Stadium was built in 2010 and It sits on the banks of the Delaware River, in a prime location for easy access from two railway platforms and from also I-95, I-476, US-322, and PA-291. This makes getting to the stadium very simple. Talon Energy Stadium is the home of the Major-League Soccer Club, the Philadelphia Union. Although the Stadium was built as a professional soccer specific pitch, it has also been used for other events, including collegiate soccer games, collegiate football, collegiate rugby, collegiate lacrosse, and has also used as a concert venue. The stadium has a built-in concert stage and an expansive grass and promenade area which is great for tailgating and outdoor festivals. “Talon Energy Stadium was also built with a sideline roof to protect fans from the elements without obstructing the scenic view of the Commodore Barry Bridge and the Delaware river from their seats.”(MLS)

The Talon Energy Stadium was built in the City of Chester in order to change the community and change the lives of those in the city, according to Dave Debusschere, the Executive Vice President and Chief Financial Officer of the Philadelphia Union.

The Stadium property is owned by the Delaware County Chester Waterfront Industrial Development Authority, which is a government body. This means the sixty-million-dollar stadium does not pay property taxes to the City of Chester. However, the Union in 2010 signed up for a PILOT program which would have them pay five hundred thousand dollars to the city annually for four years, and one hundred and fifty thousand then after. Even though this payment plan matches the total owed to the county, the Director of Accounts, Finance and Human Resources at Chester City Hall, Nafis Nichols, declared that the bond payment of the stadium is more than what the PILOT is worth. To pay for the construction costs of the stadium, Delaware County sold thirty million in bonds. “The state offered forty-seven million, plus ten million from the Delaware River Port Authority, with the rest coming from various private investors.”  This thirty year bond required that Chester pay an annual payment of four hundred and forty-four thousand back to Delaware County.

Another problem the city is facing is that the conveniently placed ramps provide easy access to the stadium. The city was hoping this would entice fans to have fun in the city after the event, but many people just go to the game and then go straight home. Nichols is hoping to begin projects in the future for the waterfront area to help keep people interested in the area after games.

To give back to the community, the Union also does charitable donations through the Philadelphia Union Foundation. They built mini soccer pitches at the elementary schools, where players of the Union coach at the dedication. The team has also have done various initiatives through Widener University with the Soccer for Success Program as well as Chester City United.

The Chief Business Officer of the Union is also looking to grow the fan base and attract more fans and people alike to the stadium by inviting non-Union events to the site, including Rock Allegiance Festival. He also wants to create a new experience for fans and offer new attractions that will entice more visitors.

As of end of 2017, the building of Talon Energy Stadium has not payed off for the City of Chester, but the Union are doing their best to be good neighbors to the city and do what they can to help. By working with the members of the city council they are looking forward to creating more attractions to the area to increase visitors and bring in more money for Chester. Hopefully once taxes can go down and people could start moving into the area in a more stable way the city of Chester will start booming and more people and companies will start coming into the area.