Holocaust Memorial for the Commonwealth of Pennsylvania

Designed by Israeli-American artist, David Ascalon, Pennsylvania’s Holocaust Memorial is located within Harrisburg’s Riverfront Park along the Susquehanna River. The 15-foot, 4-foot diameter sculpture, which contains three distinct elements, was planned in 1992 and dedicated in 1994. Serving as both a memorial and reminder, it was commissioned by the Jewish Federation of Greater Harrisburg, it was restored in 2006 and rededicated in 2007. However, the 2006 restoration brought a lawsuit, filed by the artist, that was settled in 2011. Today, the memorial has been restored to its original design and stands as a stark reminder to both the inhumanity and resilience of man.

The Holocaust Memorial stands along the banks of the Susquehanna River in Harrisburg. 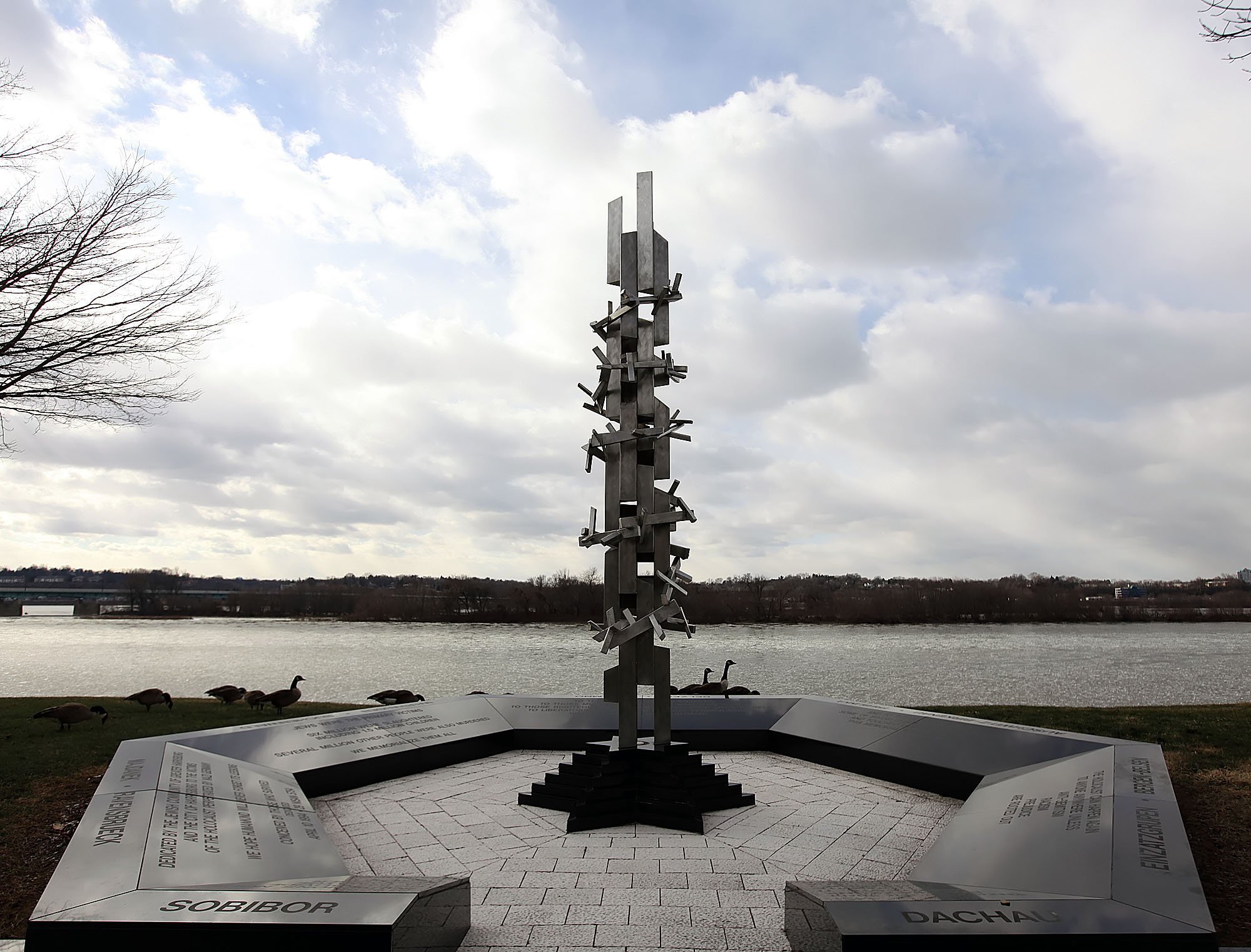 A close-up of the low granite wall that surrounds the memorial's central pillar. 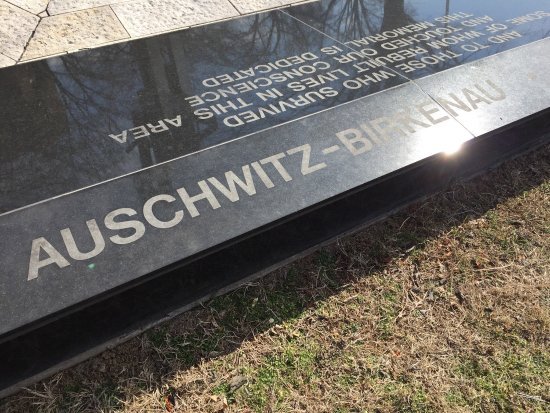 The memorial's pillar after being restored in 2006 and the rusted "barbed wire" had been removed and replaced. 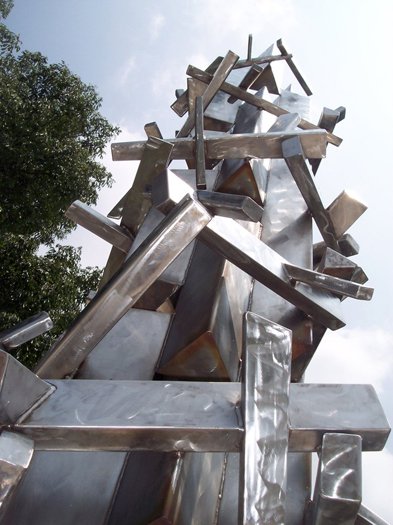 And the memorial after the artist's vision had been restored. 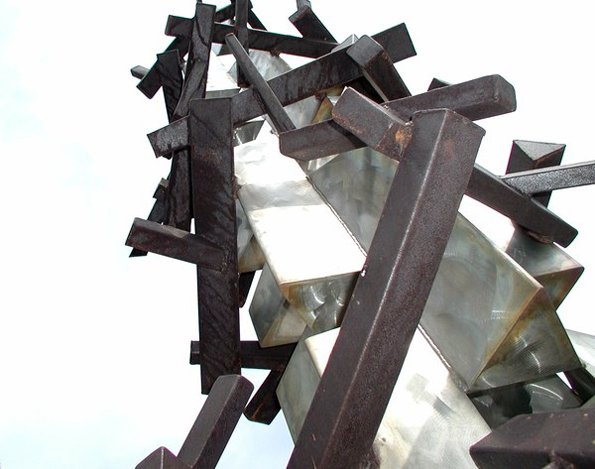 In 1992, a group of Holocaust survivors from the Jewish Community Center created the Committee of Holocaust Survivors in 1992 and it is this group that first conceived of a Holocaust memorial for Pennsylvania’s capital city.  They reviewed over 40 proposed memorials and selected the design put forth by architect turned sculptor, David Ascalon.  Born in Tel Aviv in 1945, Ascalon lost both sets of grandparents to the Nazi death camps.  He eventually immigrated to the United States and earned an art degree from the Pratt Institute of New York and created Ascalon Studios in 1977.  He has designed numerous Holocaust memorials located throughout the country.

Ascalon designed a memorial that features three central elements.  First, it is set upon a base of six Black granite Stars of David which represent the six million Jews who perished during the Holocaust.  Next, Ascalon designed a central three-part, stainless steel pillar which represents the vitality and longevity of the Jewish people.  The notion of three pillars comes from a verse of the Pirkai Avat, “The world stands on three pillars, Torah, divine service, and acts of kindness” which is considered a blueprint for Jewish life.  Finally, coils of cor-ten steel wrap around most of the length of the stainless steel pillar and represents the barbed wire that kept millions of Jews enclosed within the Nazi death camps.  However, the top of the pillar breaks free from the barbed wire, representing how the Jewish people survived the Nazi’s attempt to exterminate them and how they thrived after World War II.  Additionally, the central sculpture is surrounded by a low, polished dark granite wall.  On this wall are etched the names of various Nazi death camps and the word “remember” in 14 different languages.

In 2006, the Jewish Federation of Harrisburg refurbished the memorial and, during that process, the rusted steel that represented the barbed wire was removed and replaced with a new stainless steel version.  Also, David Ascalon’s name was removed from the memorial and replaced with the names of the restoration advisors.  As a result, Ascalon sued the Federation and the Harrisburg Parks and Recreation Department under the provisions of the 1990 Visual Artists’ Rights Act, which provides artists with protections similar to copyright laws afforded to writers.

In the lawsuit Ascalon stated, “The alteration is abhorrent and runs completely contrary to the core vision of the memorial, which was based on the notion of creating a striking and stark visual contrast between the Jewish people and their Nazi oppressors.”  Eventually, the lawsuit was settled out of court in 2011.  The memorial was restored to its original design and Ascalon’s name was replaced.  Today, it still provides visitors with a thought provoking visual reminder of the Holocaust.

Daily from dawn until dusk