This beautiful church was built in 1911 to serve the growing Catholic community in Hutchinson. It was designed in the Romanesque Revival style by architect Emmanuel L. Masqueray. A native of St. Paul, Minnesota, Masqueray earned a reputation for designing churches throughout the Midwest during the first couple decades of the 20th century. The building features two asymmetrical towers; the taller one stands at 115 feet high, making the church the tallest structure in the immediate area. It was added to the National Register of Historic Places in 1994. 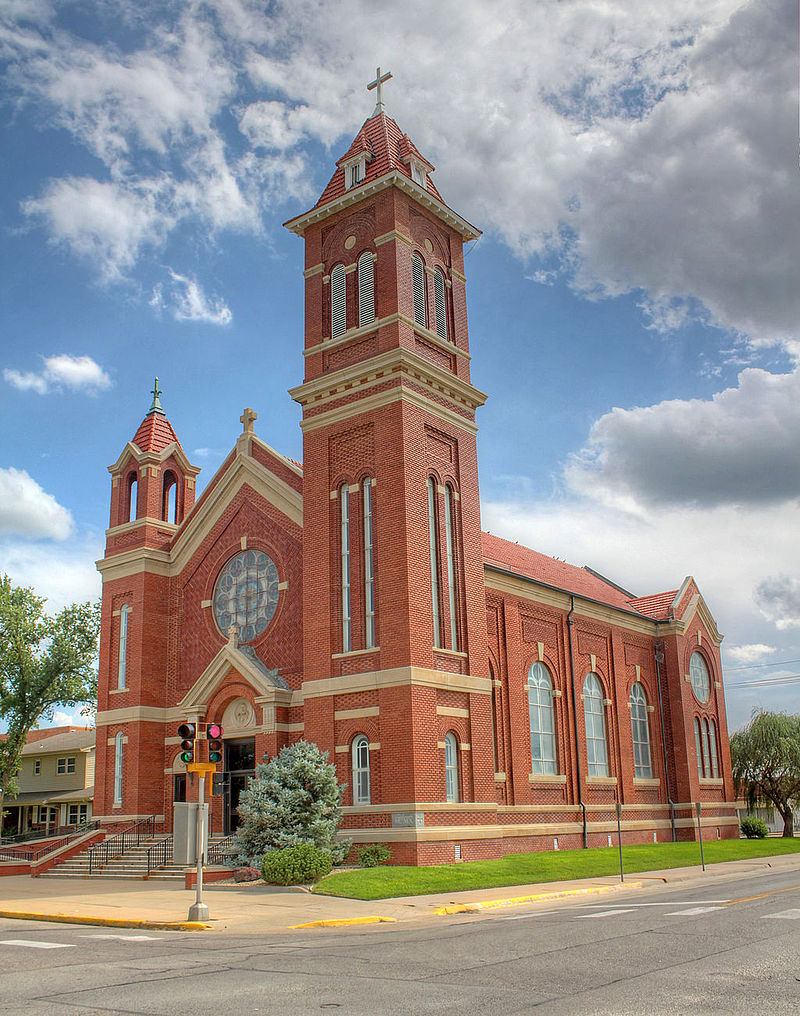 As Wichita and the surrounding region grew in the late 19th century, so did the Catholic population. St. Teresa's first church building was constructed in 1879 and was a simple wooden structure. The church purchased the present property in 1896 and moved the first building there. By 1920, 52 churches were built, serving a population of over 37,800 Catholics in the Wichita Diocese.