In the 1840s, the Spiritualist movement began in upstate New York and soon spread across the United States and into Europe. The movement, which rested on the belief that the living and the dead can communicate, began with the Fox sisters of Hydesville, who were teenagers when they claimed to hear the spirit of a man tapping in their home. Their accounts soon made them known throughout the country and helped to launch the modern fascination with mediums, seances, and psychics. Their home is no longer standing, but the base of the home is preserved inside a modern structure. 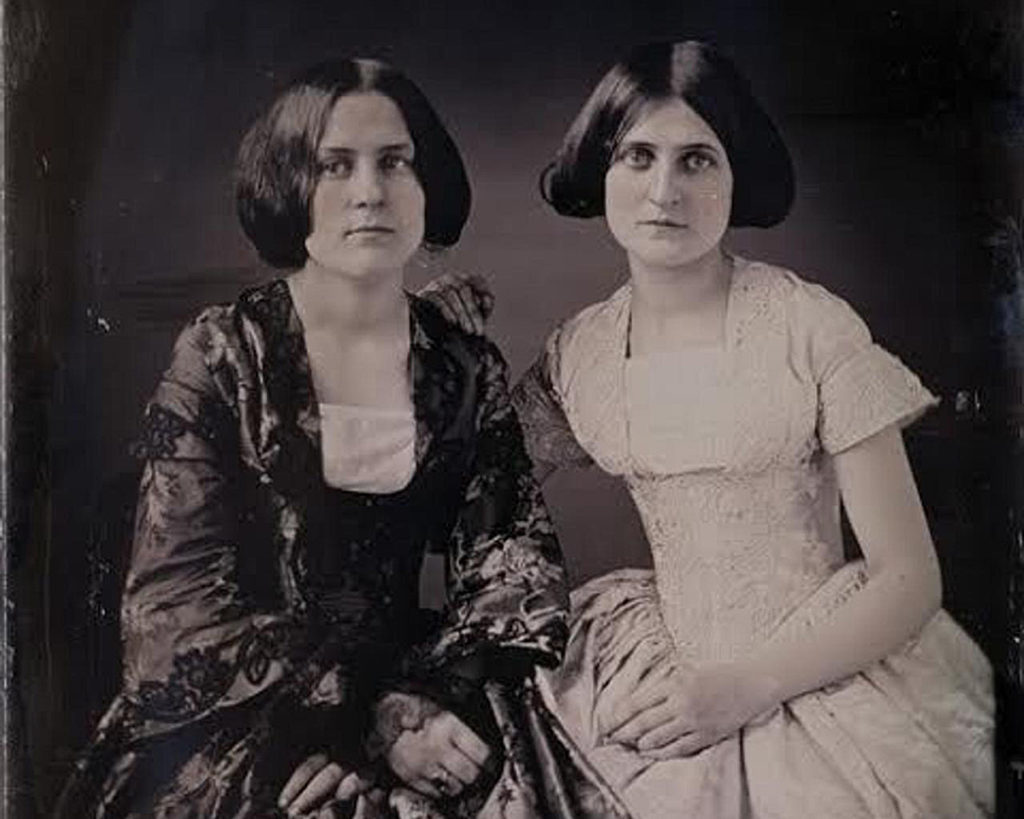 The foundation of the Fox house

A historic marker at the site 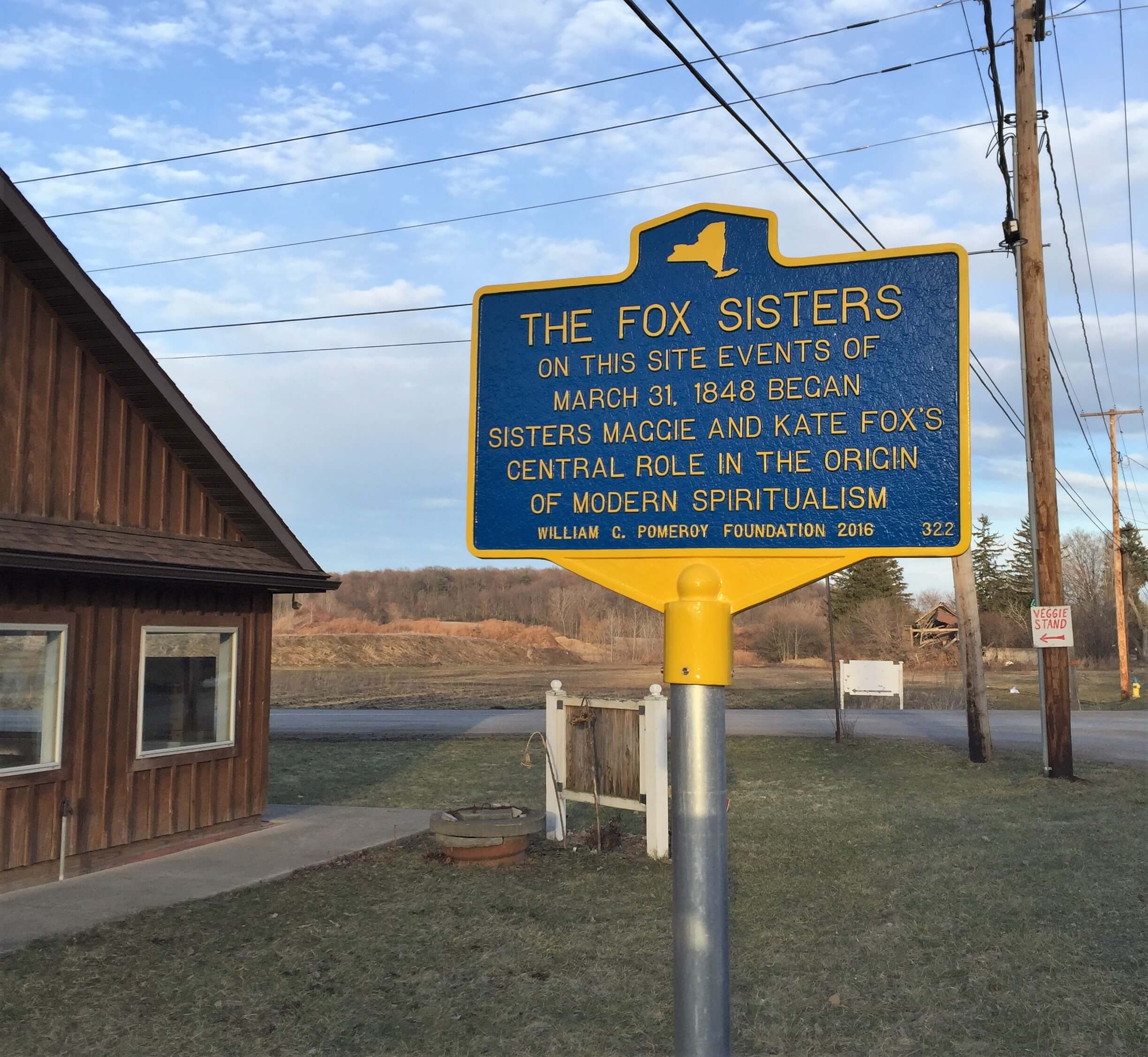 In the 1840s, upstate New York was the birthplace of numerous religious sects, reform movements, and experiments with different lifestyles. Among the longest lasting of these was the Spiritualist movement, which is based on the belief that physical death is not an end and that the departed can communicate with the living.

The movement can be traced to Kate and Maggie Fox of Hydesville, who were teenagers in 1848 when they claimed to hear strange noises in the home. After several nights of odd rapping noises, the girls commanded “Do as I do,” and snapped their fingers three times. Three rapping noises followed. The sisters became convinced that the spirit of a murdered man was communicating with them and could answer their questions. Neighbors soon became drawn to the Fox residence, eager to hear the rapping for themselves, and as word spread, the Fox sisters became famous throughout the United States.

There was also an older Fox sister, Leah, who apparently suspected her younger sisters were perhaps less than truthful about the noises in their home. The sisters reportedly admitted to her that they made the noises themselves by cracking their toes without any perceptible movement. When their toes were cracked against a wooden surface, the sound was amplified. Leah, however, realized that the girls’ performances had the potential to dramatically improve the family’s finances. Soon, Leah moved all three into a home in Rochester and began charging visitors a fee to attend a séance with them.

The girls’ abilities—whether real or imagined—triggered a nationwide fascination with spiritualism, attracting thousands of followers, including Mary Todd Lincoln and Horace Greeley. For a time in the mid- to late 1800s, spiritualism was not merely a fringe movement with prominent adherents, including a number of people with scientific backgrounds. Their performances drew increasingly large crowds, even as evidence mounted that the “rappings” were likely a hoax. When the girls appeared at a performance in Buffalo, a cushion was placed between their feet and the floor, and the audience was greeted with utter silence.

Eventually, even as the spiritualism craze spread to Europe, both Maggie and Kate Fox developed drinking problems. Maggie, heartbroken over the death of her fiancé, became increasingly embittered and in 1888, announced before an audience that the phenomenon began with fraud—an adolescent prank by the two sisters. Defenders of spiritualism maintain that because Maggie was paid $1,500—a princely sum at the time—for her revelation, her admission must be viewed with skepticism.

The Fox family eventually moved from Hydesville and their home was abandoned for years. The home was later purchased by a resident of the spiritualist community at Lily Dale and moved there, but eventually burned down. The only remaining trace of the home today is the base, which is located in Hydesville and is now part of the Hydesville Memorial Park. Years after the Fox family left the area, the home was purchased and human remains were discovered buried in its basement.