The Battle of New Hope Church 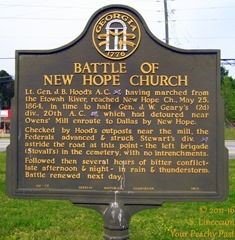 This is a map of Georgia specifically focused around Allatoona and the New Hope Church area. 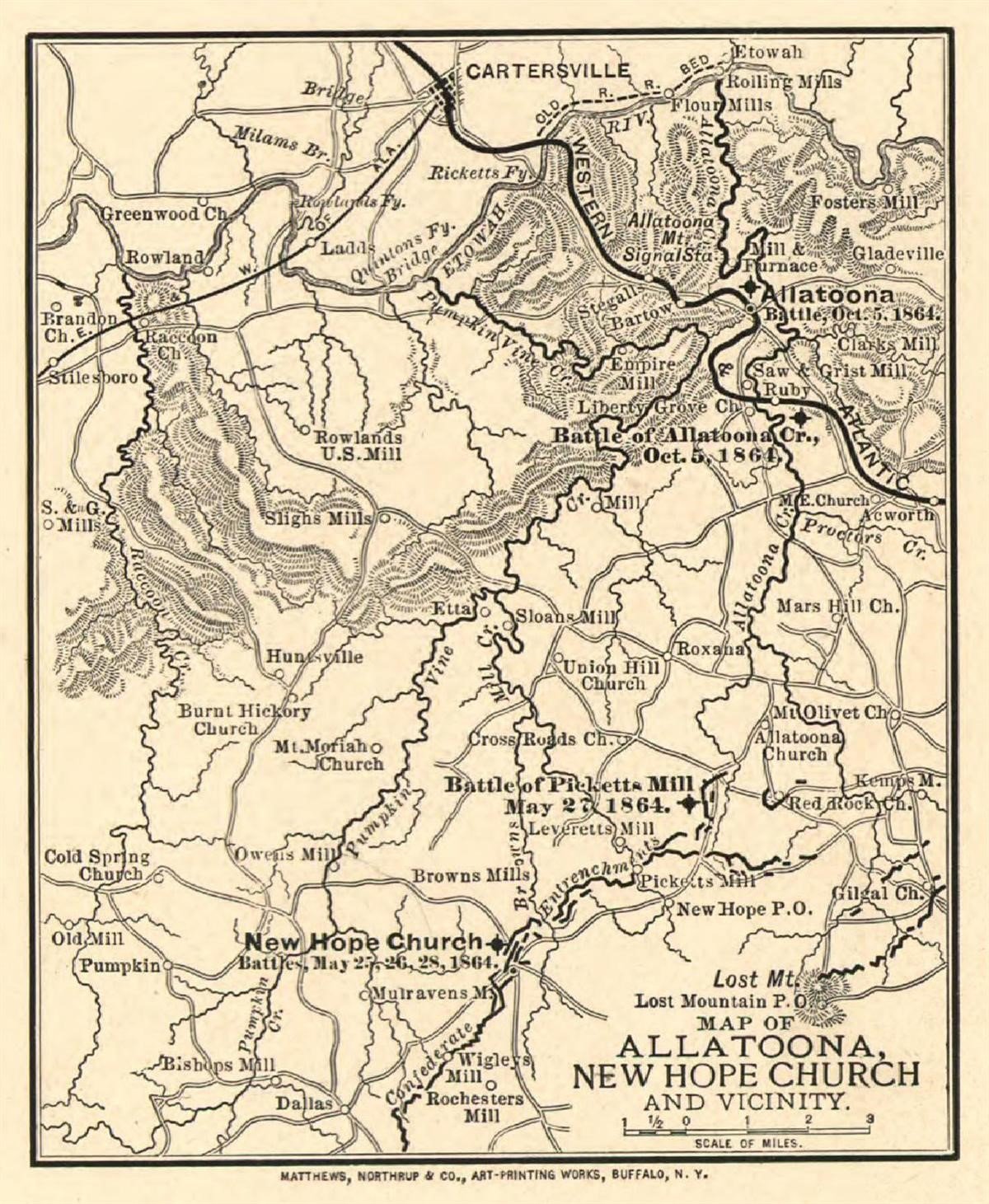 This photo is part of the aftermath during The Battle of New Hope Church. 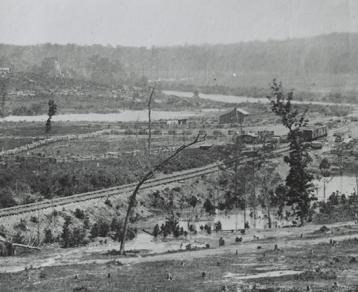 In May 1864, General Joseph Hooker along with the rest of the Union troops marched to Georgia.  Waiting for them was Confederate General Joseph E. Johnston and his troops.  Sherman knew that his attack on Atlanta meant taking down the base of the Confederate army.  As Hooker and his men arrived in Atlanta, Johnston out maneuvered every attack Hooker shot towards them.  Johnston and Lieutenant General John Bell Hood had directed the Union to New Hope Church.  Johnston purposefully directed the Union there so the Confederate troops could attack. Hooker and Sherman had both believed there would be no real resistance until their forces got further south past Dallas.  Hooker learned from captured Confederate soldiers that Hood's whole corps was at New Hope Church and that Hood could potential destroy their forces.

As the Confederate forces attacked the Union troops, Hooker and his men had nowhere else to go.  As the battle continued, it was said that there was a huge storm that raged throughout the town.  The storm was very severe and it was said that the cries of the Union soldiers could be heard over the sounds of thunder and lightning.  At this point the Union troops struggled to find shelter and other open spaces to avoid gun fire.   Sherman then declared his troops were to withdrawal.  This was a major victory for the Confederates.

New Hope Church is now considered to be haunted.  Historians say that New Hope is known for being an eerie and unnerving place.  Many people say they have felt breezes while visiting the historical site and have also found images that look to be ghosts within pictures they have taken.

Davids, Clifford. “The Ghost Sentry and the Secret Tunnel Under New Hope Church.” Confessions of An Oral History. May 1, 2013. Accessed November 29, 2017. https://ashevilleoralhistoryproject.com/2013/05/01/new-hope-tunnel/