For nearly 200 years, the lands of the Carter Caves State Resort Park were privately owned, but in 1946, area citizens, with the encouragement of then-Governor William Fields, donated 945 acres. With this land and $600,000 from the state, the Kentucky State Park system created Carter Caves, State Park. The state legislature provided an additional $900,000 during the 1960s, building lodges, caverns, and other amenities. The park includes twenty separate caverns, four of which are open for guided tours. Bat Cave is the largest in the park, home to as many as 40,000 bats that are protected by the state of Kentucky.

A family enjoys a guided tour of X-Cave 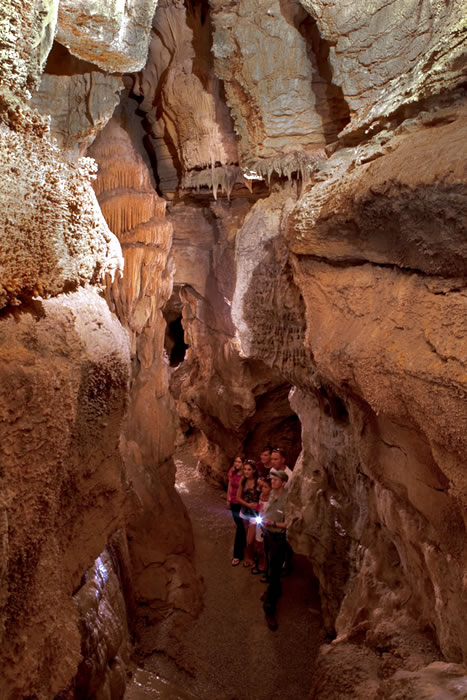 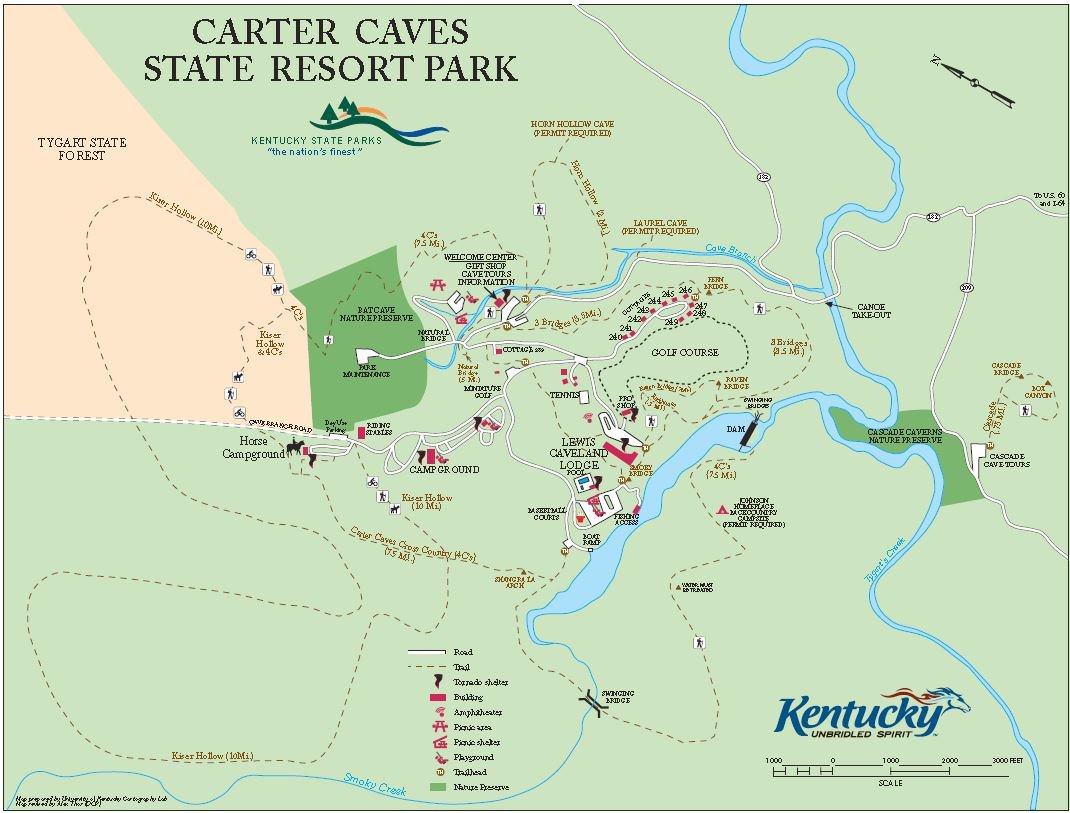 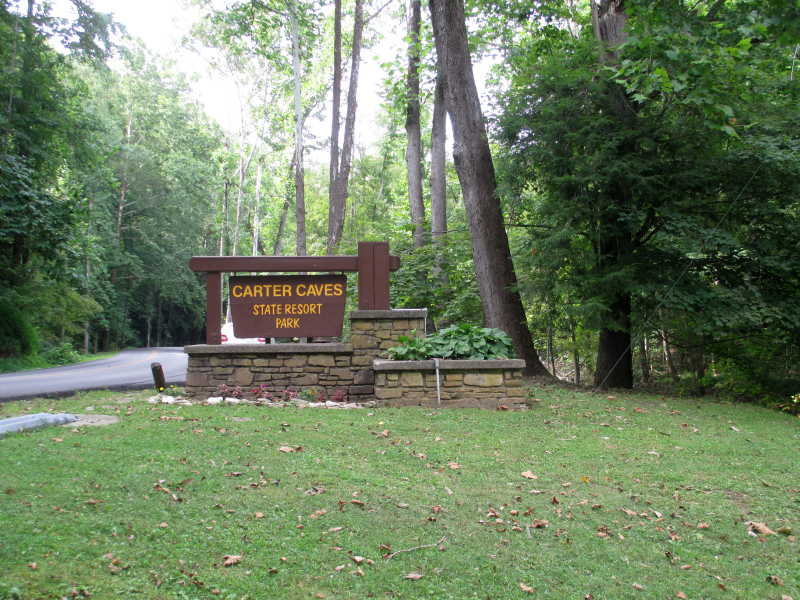 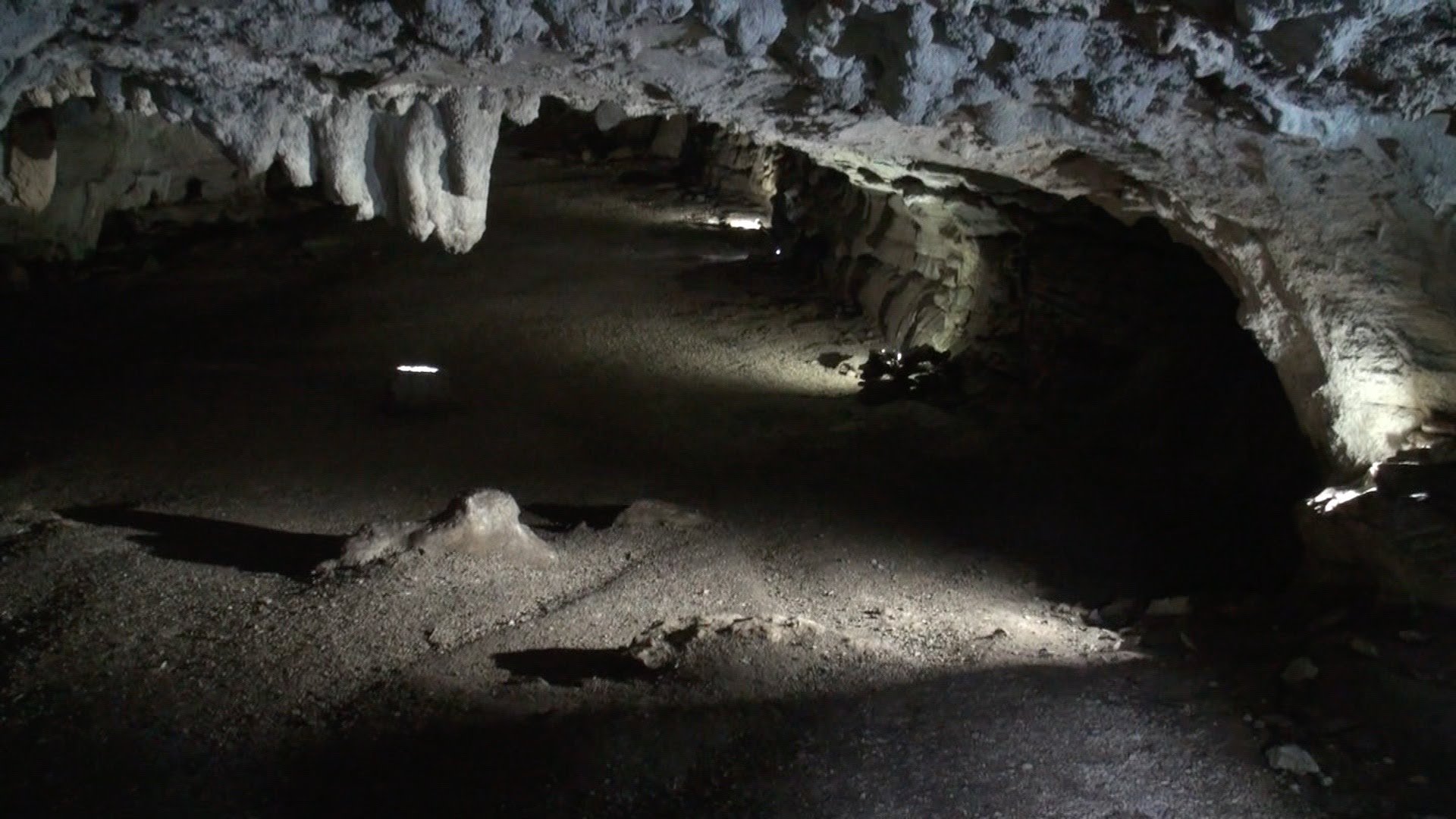 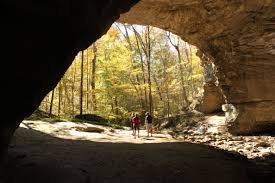 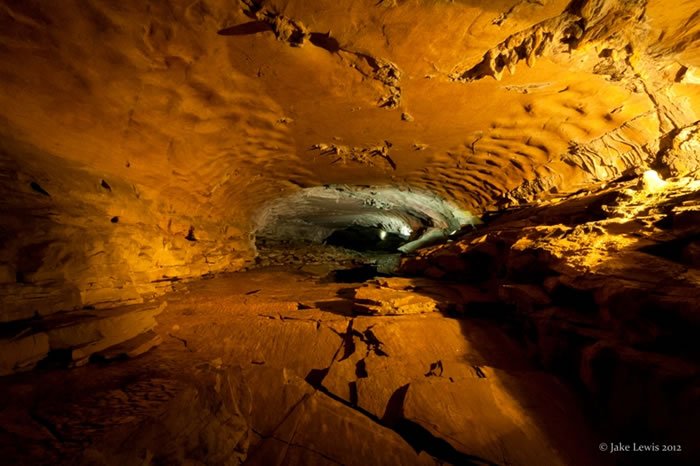 On July 31, 1946, the citizens of Carter and surrounding counties donated 945 acres to the Commonwealth of Kentucky for a state park. Contained in this track are some of the most impressive caves in the state. Additional land has been obtained, making a total of some 2,000 acres. Carter and Cascade Caves are the best-known caverns in eastern Kentucky. Located in north-central Carter County, the Carter and Cascade Cave system is comprised of more than 20 caverns. Four of these caves are open for tours. Others are undeveloped, or access is limited. Each cave has distinctive features reflecting geological forces.

Bat Cave is the largest cave in the park. It is open only in the summer and is the home of an estimated 40,000 Indiana bats called Myotis that hibernate there in the winter. These bats are protected by the Kentucky Parks System. The cave’s main passageway is a half-mile long and follows the course of Cave Branch. The ceiling of the passageway varies in height from about 35 feet at the downstream entrance to a claustrophobic four feet. Known as “Backache Avenue,” the low ceiling of the passageway extends 700 feet. This passage is wet and there are small pools of water throughout its length. During heavy rains, the passage can be flooded by torrents of water.

Saltpetre Cave is a dry cave. No streams flow through these passages today. Evidence suggests that water did flow through the cave many years ago. The cave has long, broad, low-ceilings and dirt floors. The name of the cave comes from the old saltpeter works near the entrance that helped produce gunpowder during the War of 1812. Kentucky caverns had several saltpeter mines during the war. Nitrates for making gunpowder could be extracted from the earth in the caves. On the wall near the entrance is the legend, “Simon Kenton 1783.” Kenton, an early Kentucky pioneer, explored the area in the late eighteenth century. Saltpetre Cave is shown to visitors by guided tour.

The most popular cave for visitors in the Carter Cave system is X Cave, so-called for the two intersecting caverns that from the letter X. Narrow and tall passageways permeate the X Cave. The walls of the cavern have been carved by water. X Cave is filled with beautiful and strange forms. Stalactites and stalagmites are found along the right passage of the cave. Columns, draperies, and flowstone created by centuries of water percolating through earth and stone decorate portions of the cavern. “Giant Stalactite” is the largest dripstone formation in the cave. This formation of several stalactites is seven feet in diameter and about thirty feet high. Another curiosity is “Pipe Organ.” This formation is unique in that several stalactites and draperies, when struck with a piece of wood, sound different tones, thus giving it its musical instrument name.

In 1959, Cascade Cave, once privately owned and operated, became a part of the Carter Cave State Park System. Shown to visitors since 1925, the cavern is made up a series of parallel passages. They are filled with dripstone formations of different types. The entrance to Cascade Cave is located on the side of one of the many sinkholes in the area. Highlights of the cavern include “Counterfeiter’s Room” named for the supposed use of the cave by counterfeiters. The “Lake Room” is so-called for the large pool of water located there. Other interesting points in and around Cascade Cave are: “Cathedral Room”, “The Hanging Gardens of King Solomon”, “Cardross Castle”, “Ice-capped Mountains”, and “Temple Bells.” Cascade Cave also has a beautiful thirty-foot underground waterfall.

Although established as a state park in 1946, funding for Carter Caves did not occur until 1948. Between 1948 and 1955, the state spent $600,000 to create one of the most beautiful parks in the commonwealth. The construction of 45-acre Smokey Lake for fishing and boating added to the attractions of the park. Between 1960 and 1968, the state spent $900,000 to make Carter Caves one of the best resort parks in the system. Improvements at the park included the construction of Caveland Lodge, a nine-hole regulation golf course, miniature golf, picnic areas, and a number of other improvements.