Hotel Bothwell was built in 1927 to serve the city of Sedalia and visitors to the state fairgrounds. At the time of its construction, the building dominated the Sedalia skyline and signaled the city's growth and ambition as it was modeled after larger hotels like the Waldorf-Astoria in New York. As a luxury hotel in the early 20th century, guests could expect service that beckoned the upper class to move in. The hotel survived the Depression and rise of motor inns and chain hotels. Today, it serves as one of the few remaining downtown hotels in smaller cities and is listed on the National Register of Historic Places.

Hotel Bothwell is listed on the National Register of Historic Places 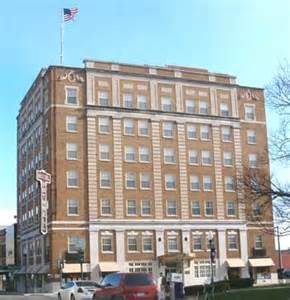 Hotel Bothwell was built in 1927 by the H.L. Stevens Company, in the middle of a nationwide expansion of hotel businesses. Sedalia still benefited economically from its location and Railroad, as well as the advent of state highways which brought more visitors to the city. One main reason for the need of lodging was the State Fairgrounds being located nearby. John Bothwell who was the main benefactor in the hotel project also was the one who lobbied for and succeeded in getting the State Fairgrounds located in Sedalia.