In February of 2017, West Virginia Wesleyan College announced plans to erect a statue of mathematician Katherine Johnson next to the campus science building. Johnson was a West Virginia born recipient of the Presidential Medal of Freedom for her work as a NASA mathematician. After the release of the popular film “Hidden Figures,” which documented Johnson’s story, West Virginia artists and institutions have taken greater interest in the work of this important West Virginia native. The film captures the important role that Johnson played in John Glenn's Friendship 7 mission. 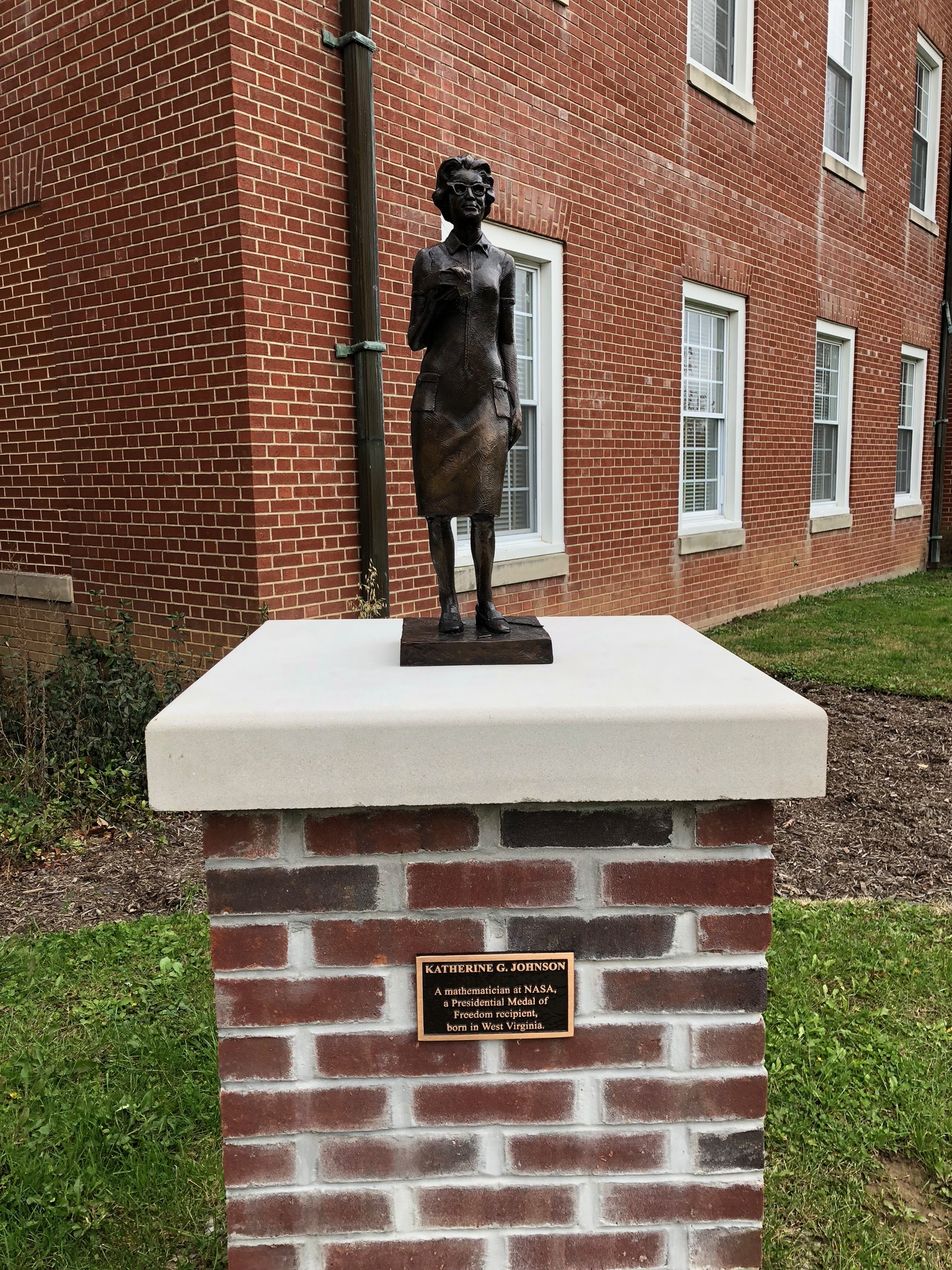 Katherine G. Johnson was the recipient of the Presidential Medal of Freedom and a statue of her will be dedicated on the campus thanks to the support of donors. 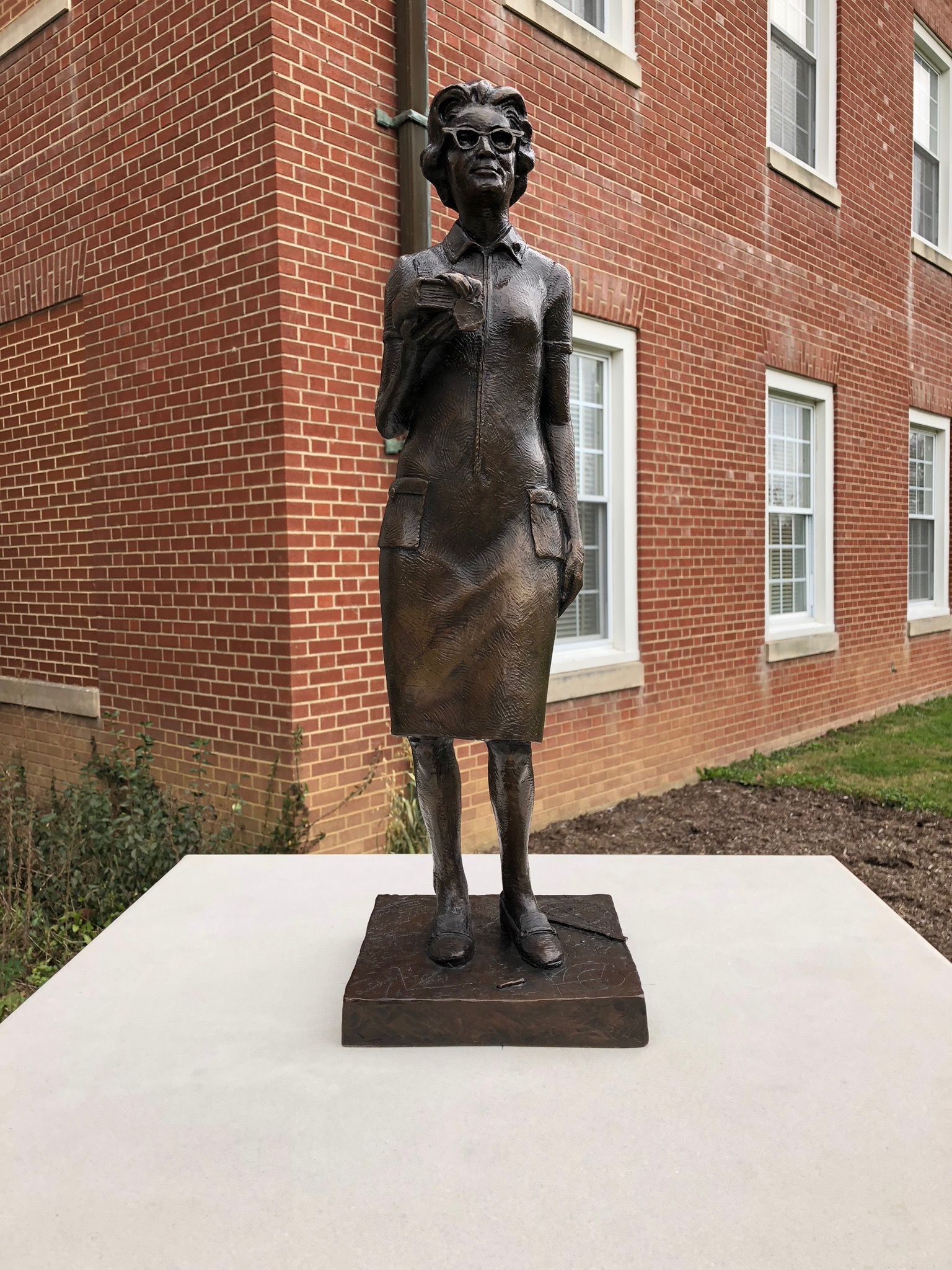 Originally from White Sulphur Springs, Katherine Johnson earned a B.S. in Mathematics and French from West Virginia State College.  She worked for NASA from 1953 through her retirement in 1986.

The Katherine G. Johnson statue stands outside between the mathematics and science buildings at West Virginia Wesleyan College.  Wesleyan art professor Ellen Mueller was instrumental in the creation of the Johnson statue.  Mueller told the Exponent-Telegram:

I saw an article about the movie ‘Hidden Figures,’ and they said this woman, who the whole film was about, was from West Virginia...I thought that was amazing because she is an incredible NASA mathematician, and I had never heard of her before. I thought, ‘Why don’t we showcase this amazing human who comes from our place?’ So that was the driving force behind it.”(Reneau, 2017)

Mueller partnered with local sculptor Andrew Thorne who first designed a 12 inch clay model of Katherine Johnson.  Mueller and Thorne began a fundraising campaign to support the statue, which they estimated would cost roughly $2,200-3,200. The fundraising effort was ultimately successful, and the statue stands roughly five feet tall.  Mueller hopes that the statue will inspire young people to follow their dreams:  “(Katherine Johnson’s) done incredible things, and I think anytime we can lift up someone like that, who’s from our own, it shows all West Virginians what they can do and what we can shoot for.”