Metawampe Monument is a nearly life-sized bronze statue and lawn dedicated to the legendary local Nonotuck Indian chief who sold land north of Mt. Toby to settlers in 1674, which the University eventually acquired. The sculpture was a gift from the class of 1950, was sculpted by retired Art Professor John F. Townsend, and dedicated on February 11, 1951. Prior to this the legendary Metawampe had appeared on campus around 1907 when the Massachusetts Agricultural College's faculty outing club, the Mountain Club, was later organized as “the Metawampe Club.” In 1948 undergraduates to the newly reorganized University of Massachusetts campaigned to adopt a University appropriate mascot, and "The Redman" was chosen. Interest in Metawampe subsequently grew and he was often referred to as “the legendary spirit of the University.” By the 1970s new demands of consciousness regarding race and ethnicity sparked change on the campus, and in 1972 the campus mascot was switched to "The Minuteman." Originally the Metawampe statue was placed atop a stone on the lawn in front of Memorial Hall and was later moved near the southeast corner of the Student Union, where it was placed on a granite pedestal provided by the class of 1956. On Aug. 27, 2014, after being displaced by the construction of the new Integrative Learning Center, the Metawampe statue was moved once again to its new permanent home outside that building. 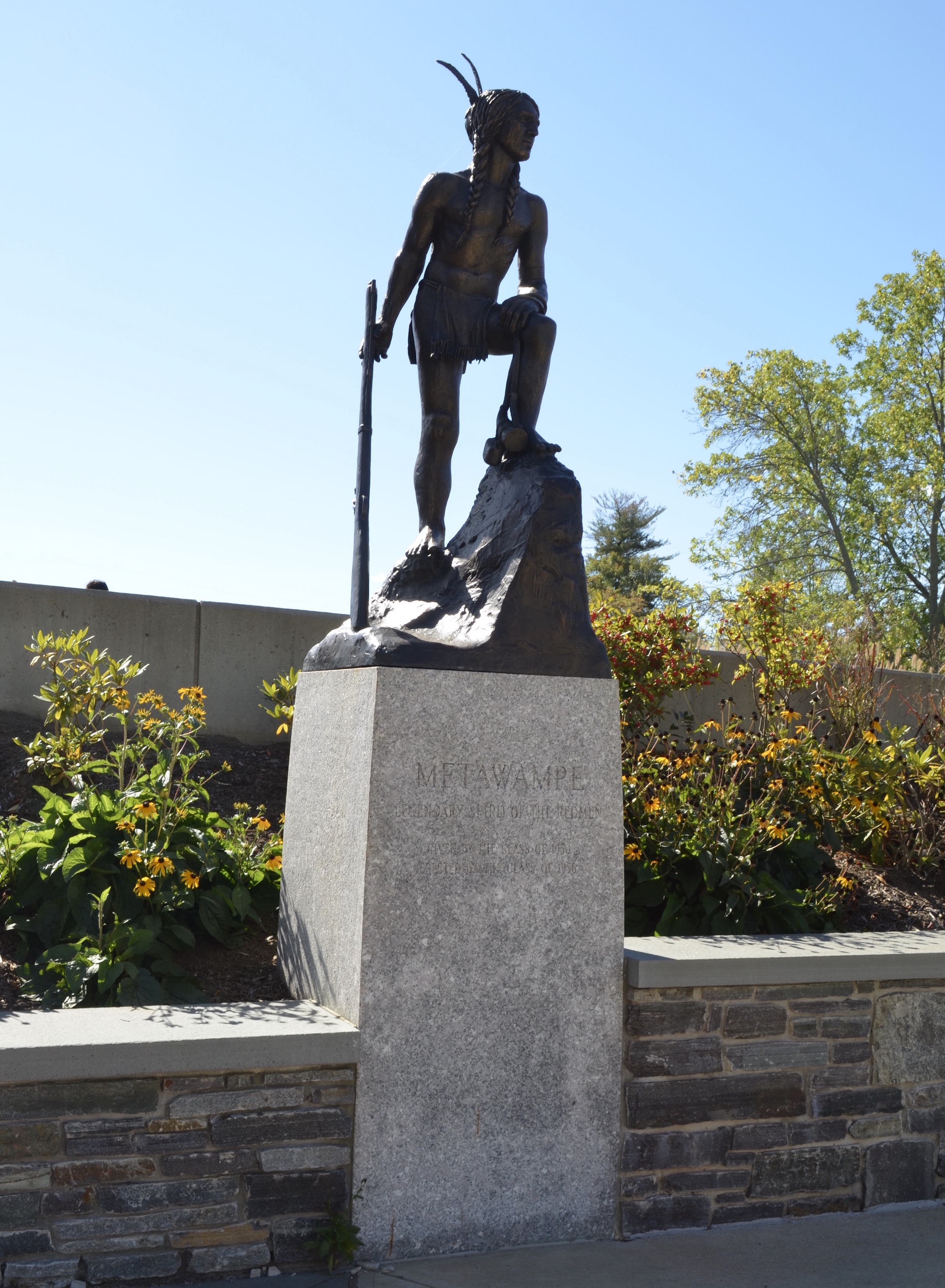 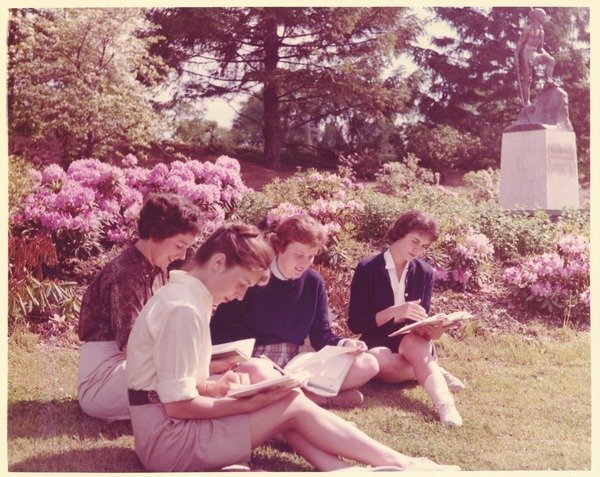 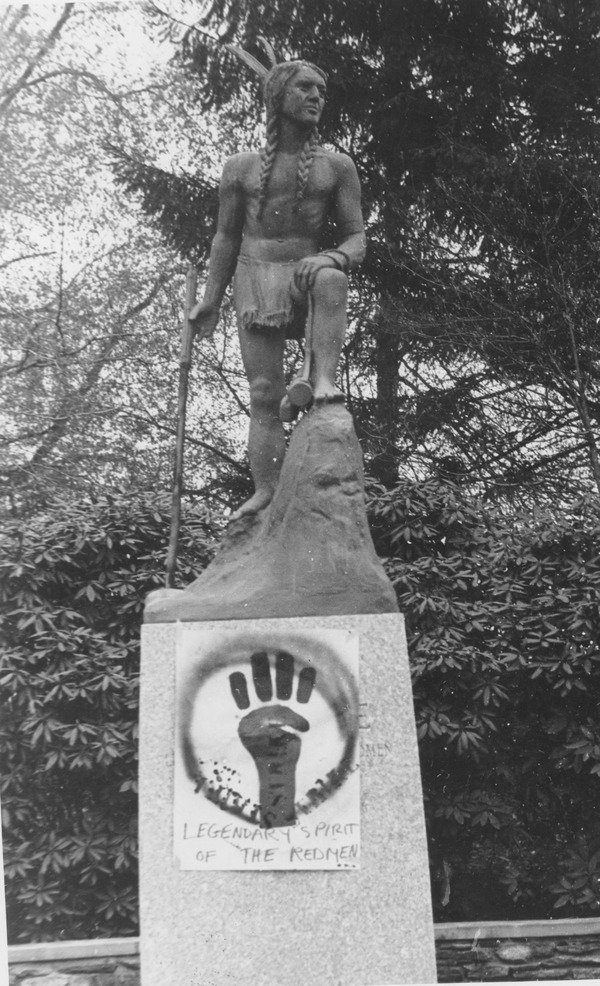 Ceremony on Metawampe lawn, ca. 1950. Faculty members in academic gowns walk past the podium during ceremonies on the lawn in front of the statue of Metawampe, a gift from the Class of 1950. 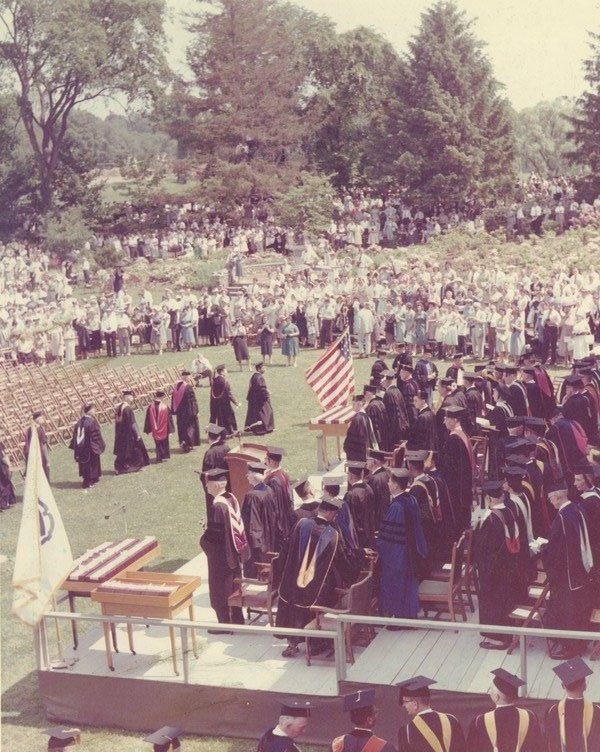 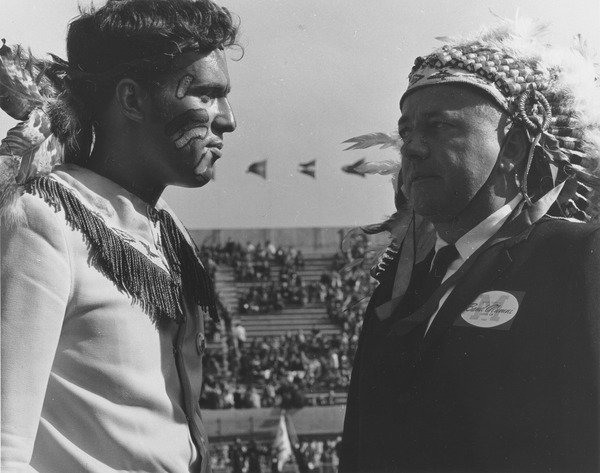 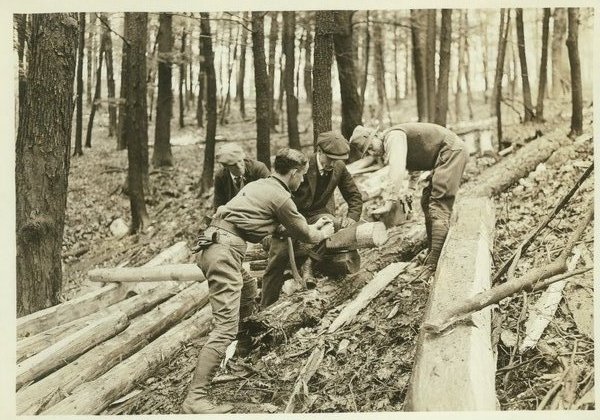 A number of nicknames and mascots have been associated over the years with the athletic teams of UMass Amherst and its predecessors Massachusetts Agricultural College and Massachusetts State College. As early as 1886, the football team at MAC was called the Statesmen, and although that name was never enthusiastically embraced – “Aggies” was sometimes substituted – it remained the most common name for teams use until 1948, being adopted as well by the College's all-male student quartet.

As the University grew in the years immediately following World War II, however, students began to agitate for what they saw as a more appropriate name for their teams. Spurred by the University's change in name from Massachusetts State College (for whom Statesmen seemed singularly appropriate) to the University of Massachusetts, George Burgess (Class of 1949) led a drive for a new nickname “as a first step in the rejuvenation of school spirit.” With varying degrees of sincerity, students proposed a range of alternative nicknames, from Aardvarks to Gnus, Tomahawks, Scarecrows, Pioneers, Yankees, Bulls, Pilgrims, Derelicts, Yo-yos, Petunias, and Bloody Red Raiders. The most popular names that emerged from the student body were apparently Minutemen, Redmen, Statesmen, Indians, and Mohawks, and at an all-campus referendum on Jan. 14, 1948, the matter was settled by a vote of 620 to 459. Proponents cited three reasons for the change from Statesmen to Redmen:

By 1966, however, the term Redmen began to come in for criticism as “not a fitting or proper name for the athletic teams of the University of Massachusetts.” A University Trustee, Gen. John J. Maginnis, argued that at UMass, the term Redmen was associated with the seventeenth century sachem Metawampe, about whom little was known, and had little specific emotional resonance for students: the name was an “unexciting, commonplace, lack-luster title with no eye or ear appeal,” he wrote. “It sounds no call.” Although Maginnis' proposal to change the name to Minutemen did not gain immediate traction, it would feed into a rising consciousness about the racist and sexist implications of Redmen.

On April 26, 1972, the Student Senate was presented with a resolution (S230) citing a “growing American consciousness deploring the perpetration of racist, sexist, and ethnic discrimination,” and arguing that it was imperative for the University to shed the Redman symbol for a “new school design.” Singled out for particular concern were the bathrooms in the Hatch (part of the Student Union), which were labeled “Braves” and “Squaws.” At Senate's final meeting of the year on May 3, the motion was amended with an additional proposal to change the teams' names to the W.A.S.P.s, with a logo of a wasp as mascot. “The amendment is not meant to be dilatory,” according to an explanation appended to the amendment, “nor is it an attempt to be fatuous; [the] move would spark publicity for the move and to call attention to discrimination and ethnic distortion on campus and elsewhere.” The Senate rejected the amendment on the grounds that students themselves should decide the logo, but approved the main motion.

While the Student Senate was considering the issues, the UMass Trustees forged ahead and voted to change the name of the mascot to the Minuteman, eliciting scarcely any response from the student body or alumni. According to the newly appointed Chancellor, Randolph W. Bromery, there was no outcry among the students or alumni one way or another, distracted, perhaps, by the end of the school year, the war in Vietnam, the impending Presidential elections, the fizzling of a two-day student strike, the Trustees' decision to suspend ROTC recruitment on campus, the antiwar occupation of Dickinson Hall, the string of protests at the Westover Air Force Base, and seemingly almost every other issue.

Despite the ready acceptance of the Minuteman, it too became the focus of controversy because of its symbolic associations. During the spring 1984, a referendum to change the name of the mascot was defeated by a margin of three to one, with Minuteman winning out over Artichokes and Statesmen. In the early 1990s, students revived the campaign opposing the Minuteman, citing it as a “symbol of oppression” and a reflection of racism, sexism, and militarism, or more simply, as a depiction of a white man with a gun. Chancellor David K. Scott announced that he was open to discussing the change, but a vocal backlash from supporters of the Minuteman in 1993-1994 and a change in opinion by some key opponents, who argued that they had come to accept the Minuteman as symbolic of liberation movements, eventually quelled the controversy.