Phi Sigma Kappa Memorial honors the third secret society on the Massachusetts Agricultural College campus. On March 15th, 1873 Phi Sigma Kappa was founded by Jabez William Clay, Joseph Francis Barrett, Henry Hague, Xenos Young Clark, Frederick George Campbell, and William Penn Brooks in North College. After some hesitation the fraternity was expanded to a nationwide organization, and chapters at Cornell University, University of Maryland, George Washington University, and University of Pennsylvania were created and still remain active to this day. The original Phi Sigma Kappa Memorial was dedicated in 1923 for the Society's 50th anniversary, and included a granite fragment of "Big Chief" Barrett's birthplace in Barre, Massachusetts. While North College was demolished circa 1960 the Phi Sigma Kappa Memorial was later adhered to the exterior of Machmer Hall. Given the August 8, 1973 dedication marker honoring the founding members that sits beside the original memorial, it is assumed that both markers were installed onto Machmer at this time. 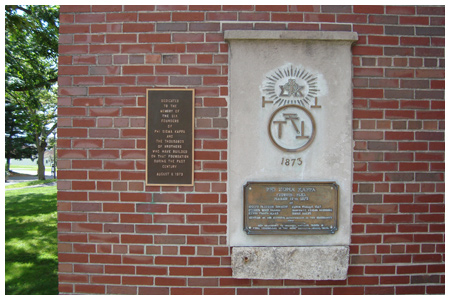 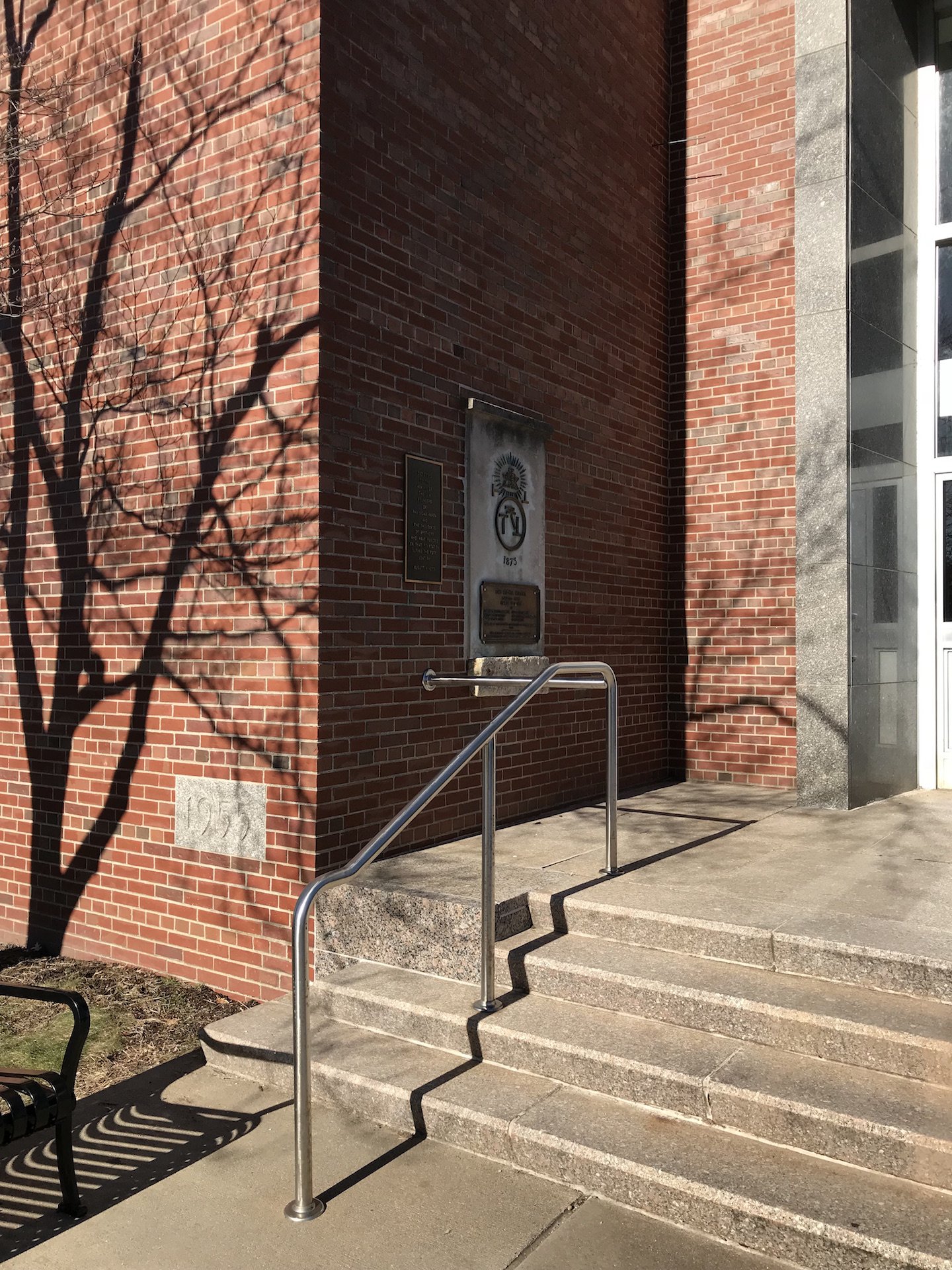 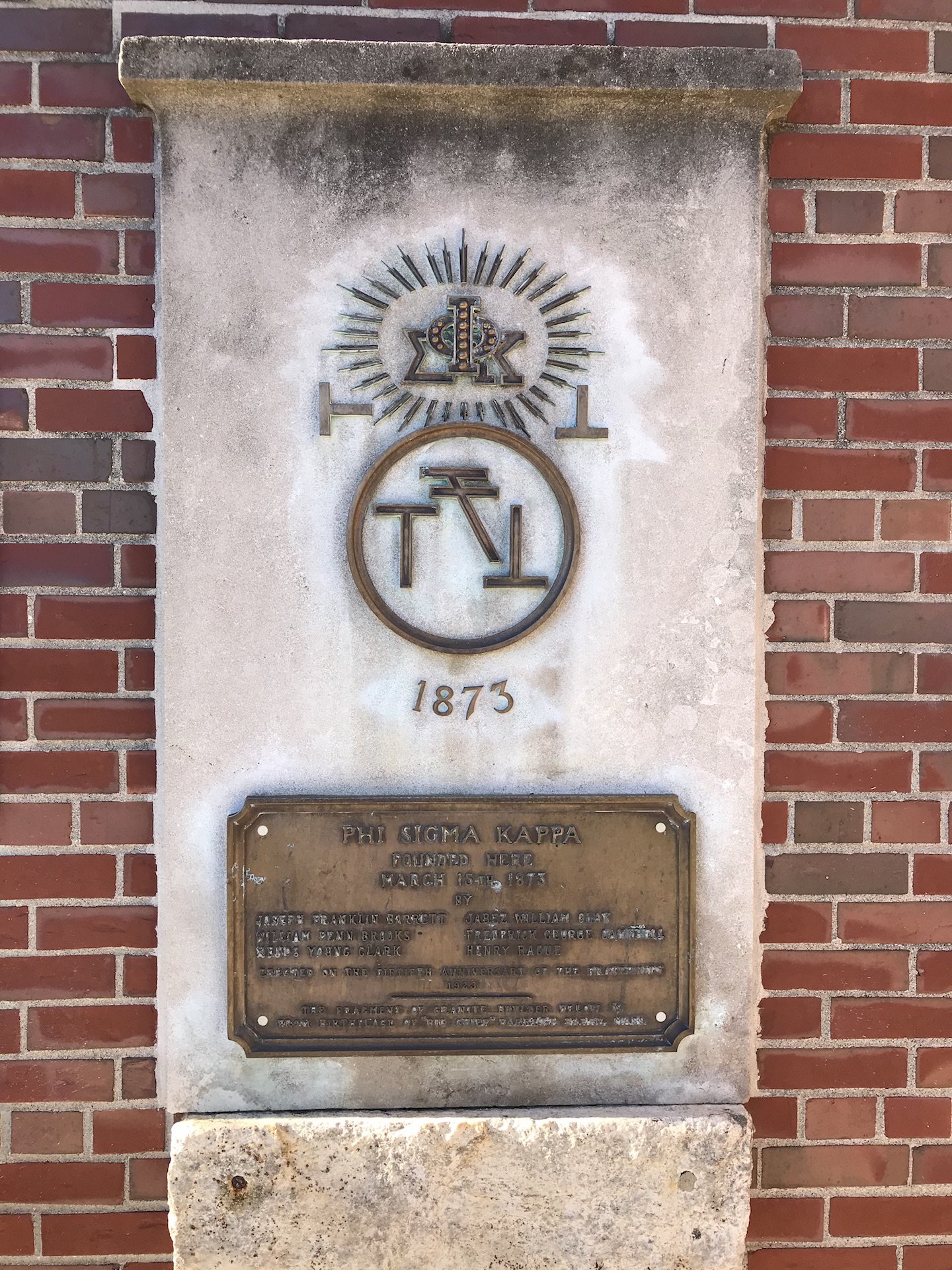 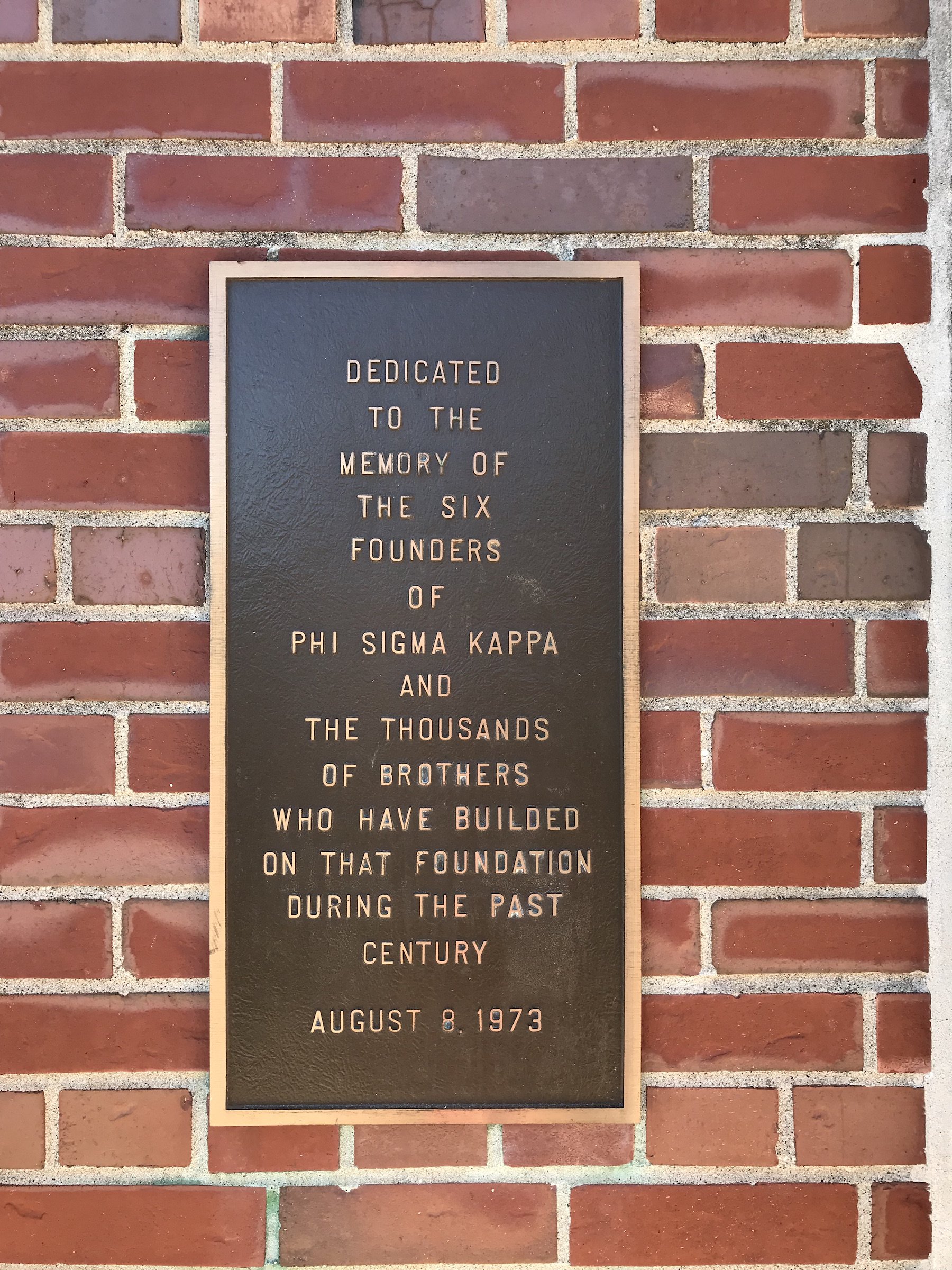 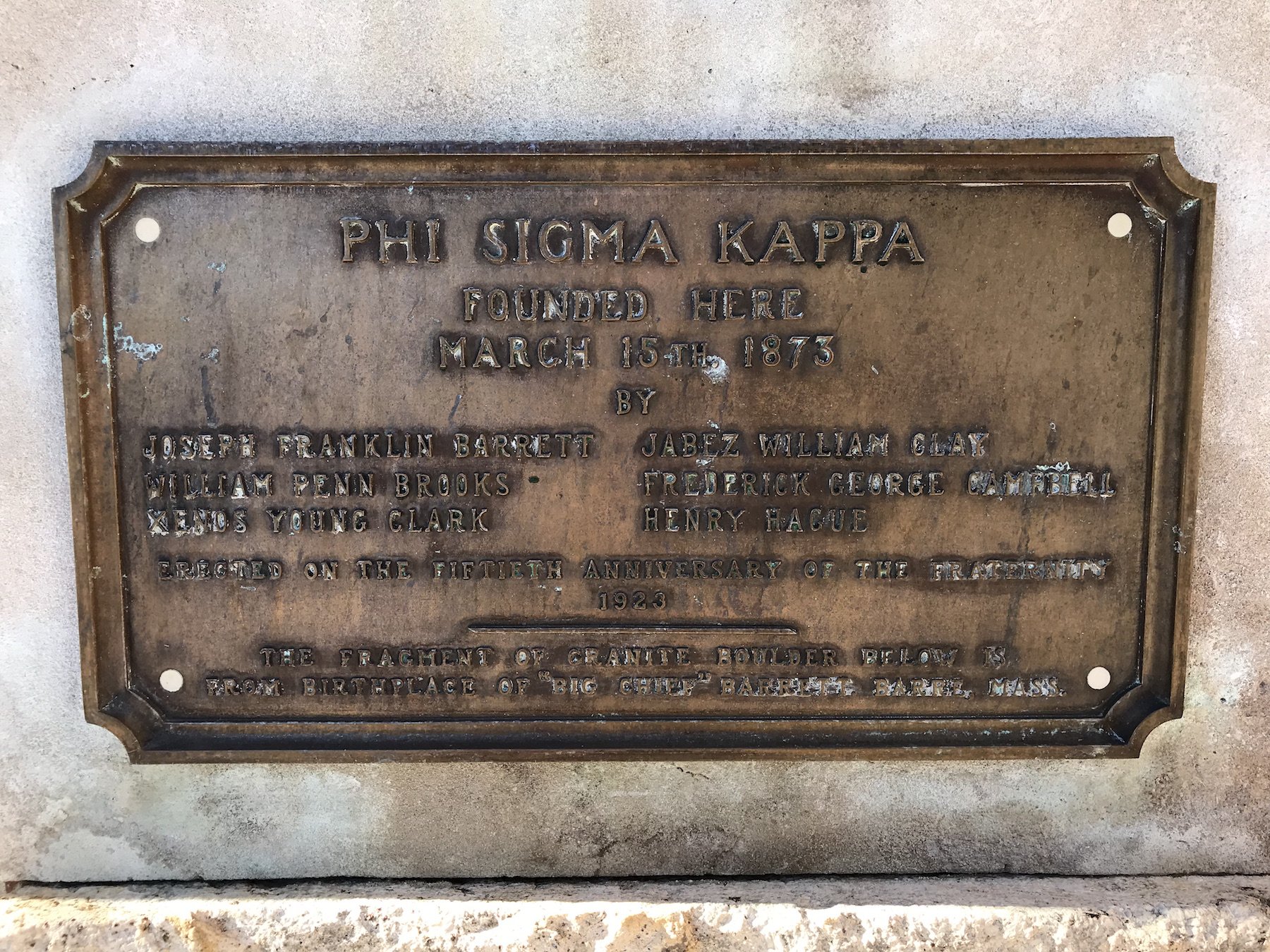 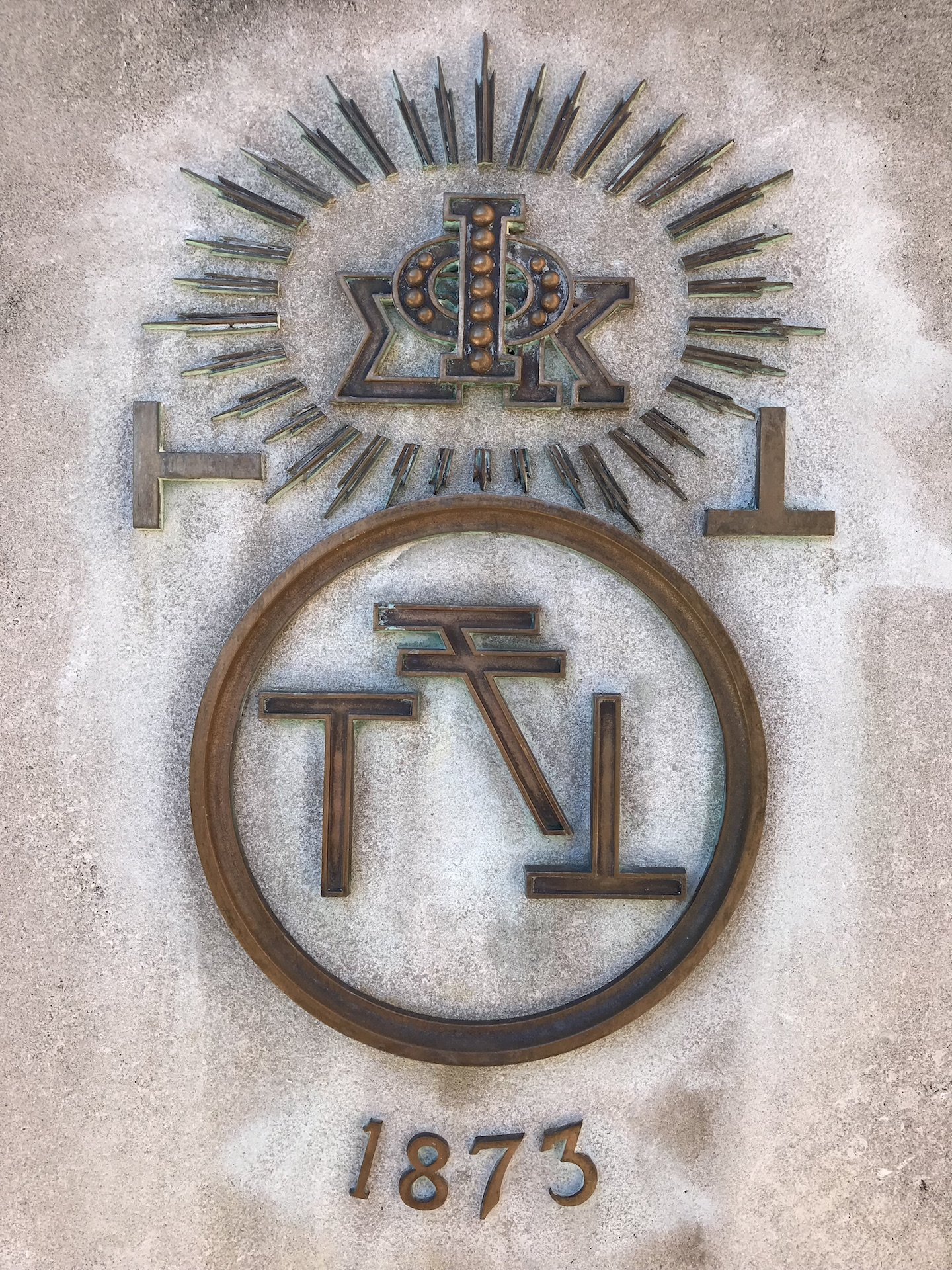 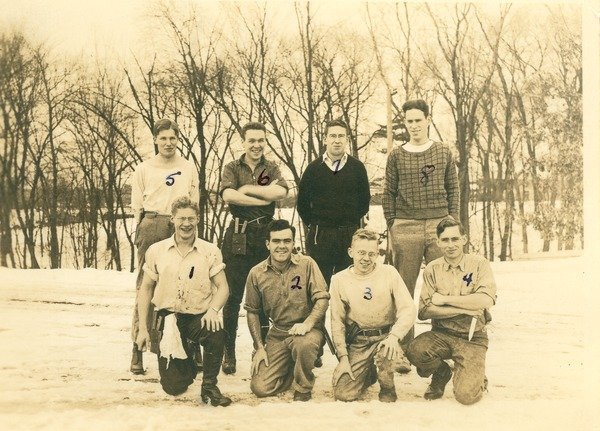 Henry Hague, class of 1875. Hague was one of the founding members of Phi Sigma Kappa. 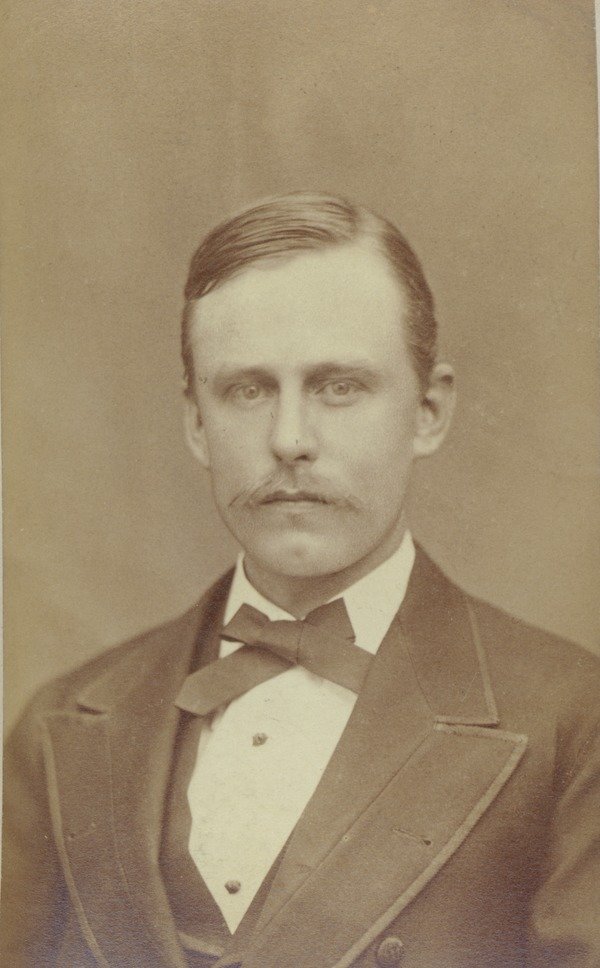 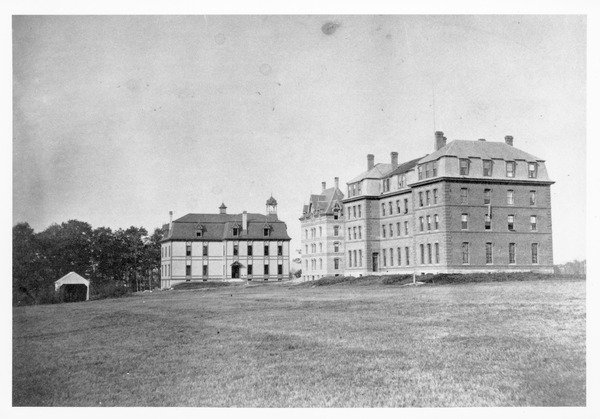 A publication of the Aleph Chapter of DGK fraternity at Massachusetts Agricultural College.