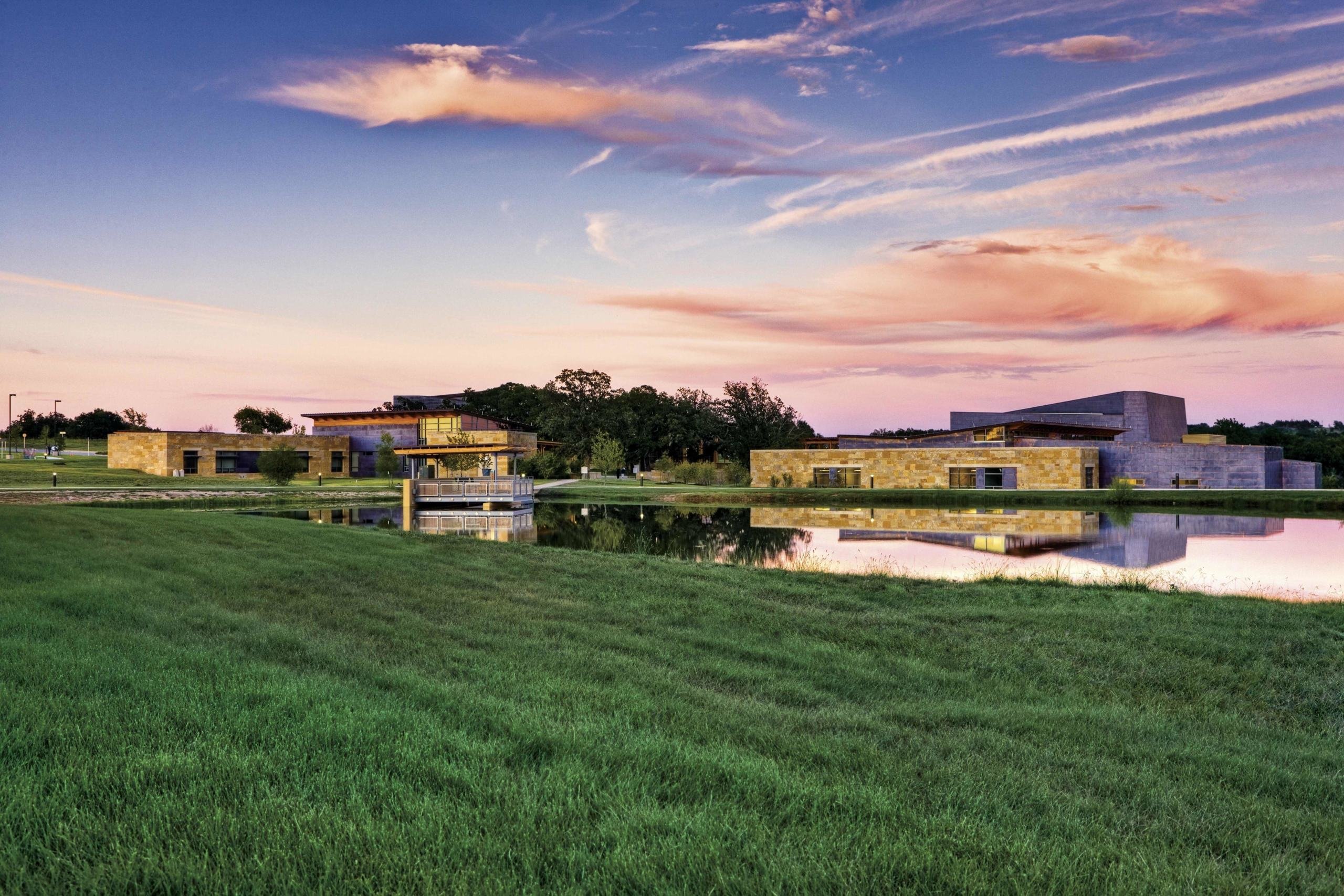 Map of the CCC campus (image from Chickasaw Cultural Center) 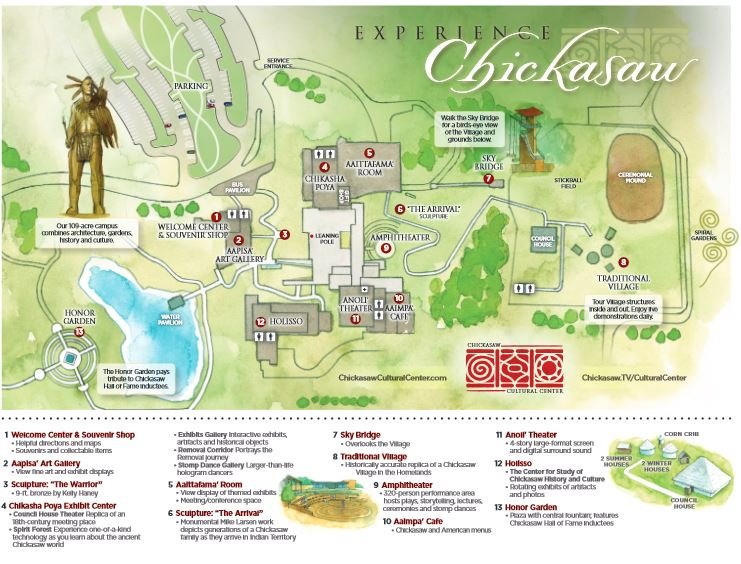 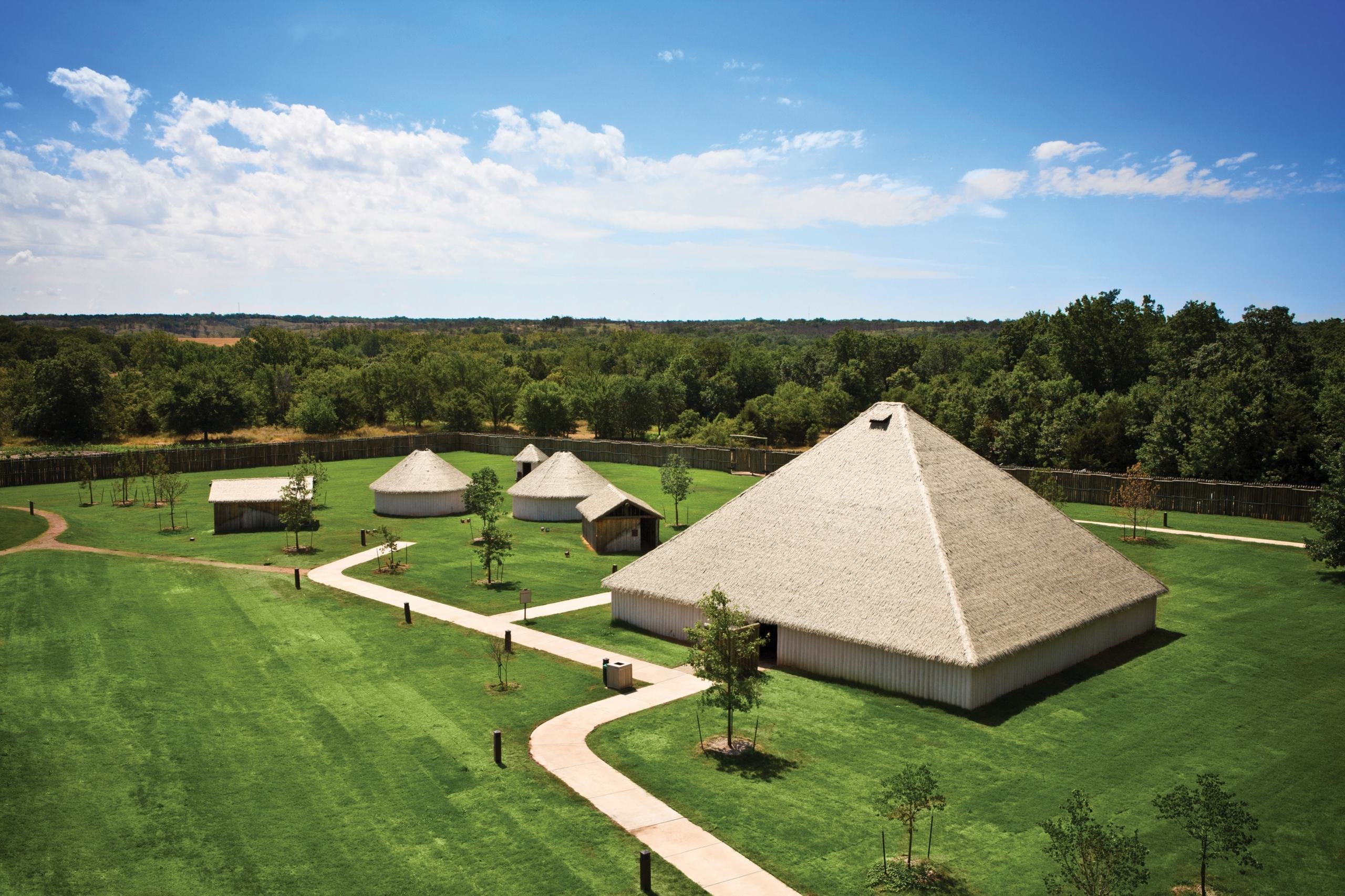 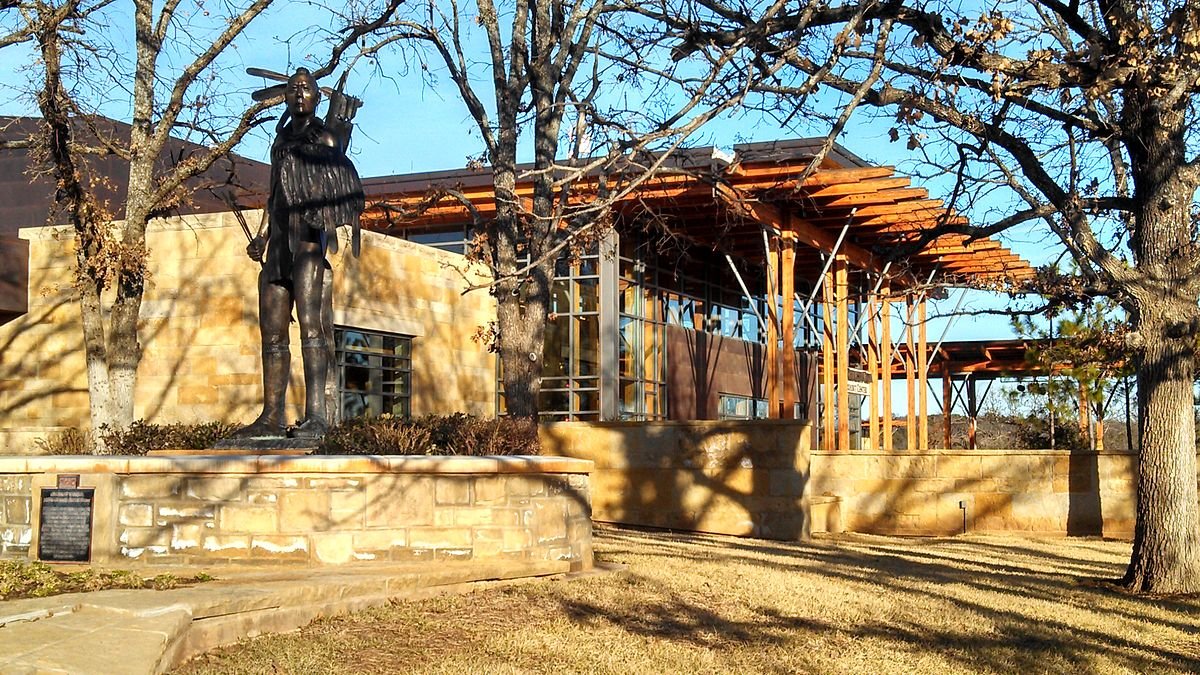 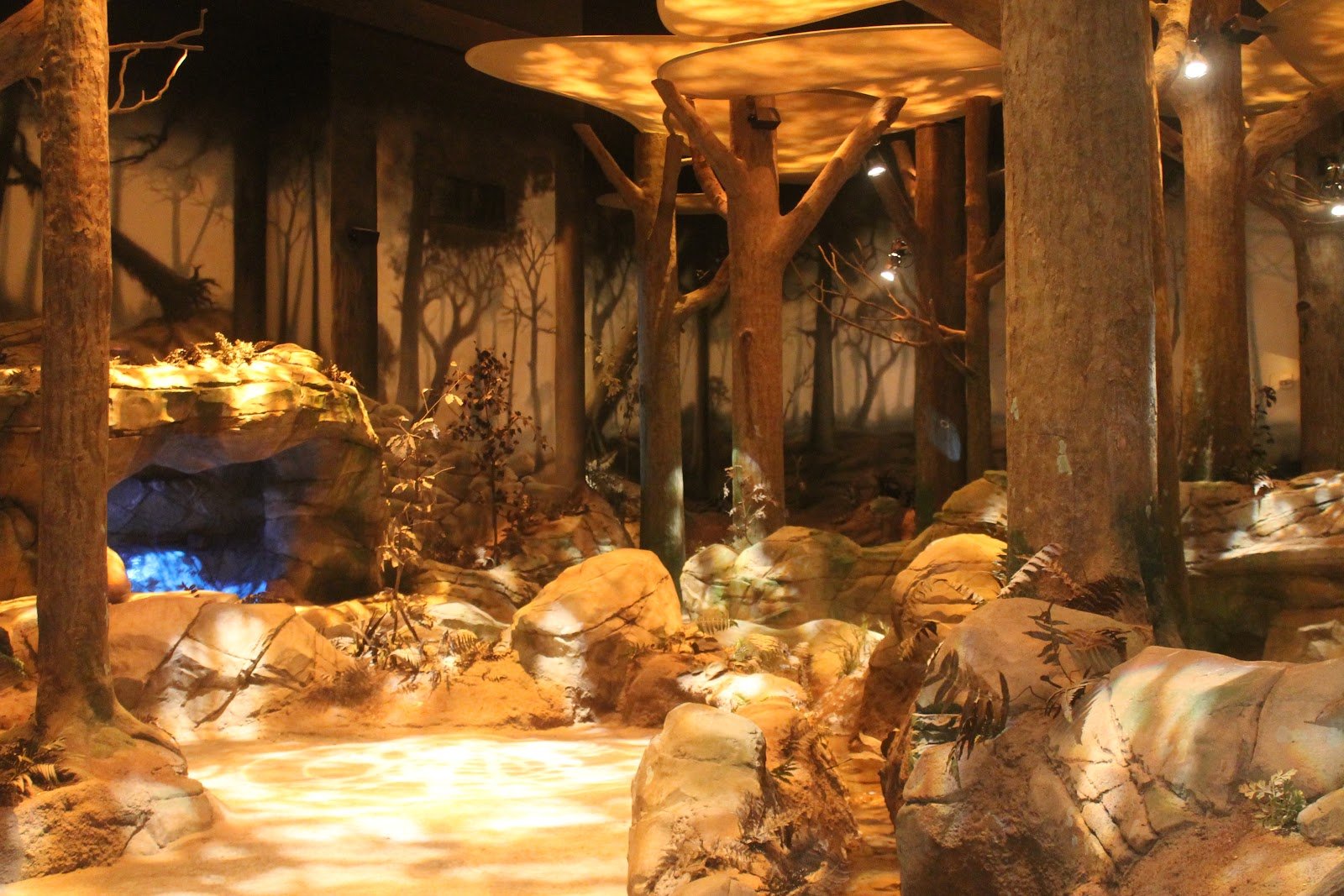 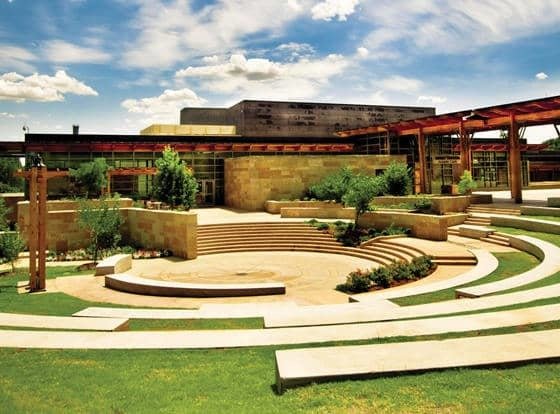 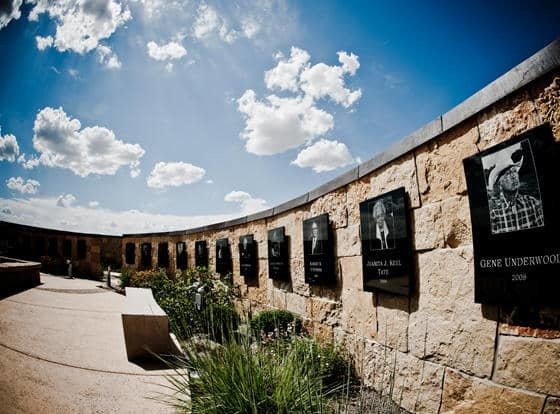 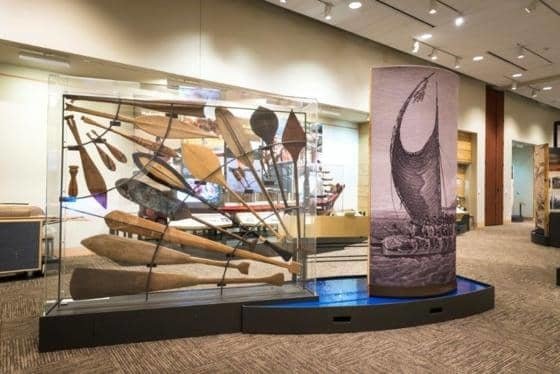 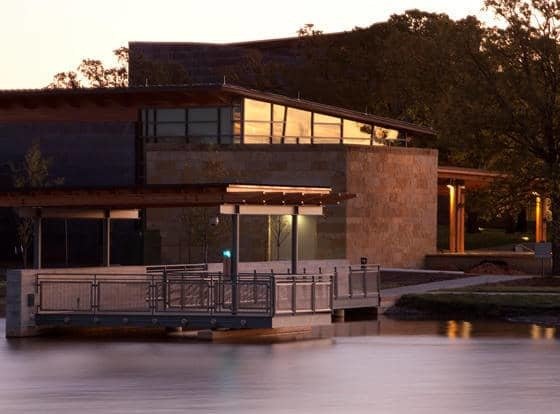 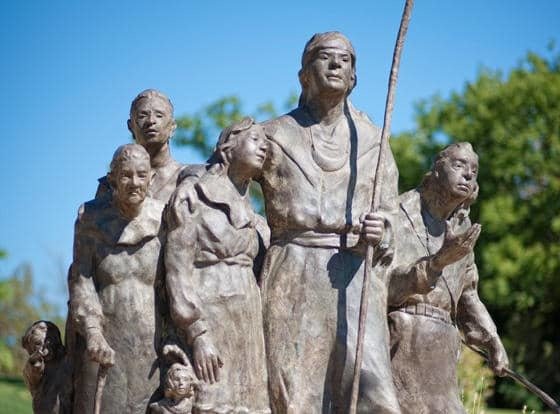 Brief History of the Chickasaw People
The homeland of the Chickasaw people before Europeans arrived was in the lower Mississippi Valley, on lands which are today parts of Kentucky, Tennessee, Mississippi, and Alabama. Traditionally a matrilineal culture (in which a person belonged to his or her mother's clan), the Chickasaw were agrarian people who built towns on bluffs or hills above flood zones, with palisade forts for protection from invaders. A town would consist of summer and winter homes, corn cribs for food storage, a ball field for games, and a council house. Councils were made up of respected elders, both male and female. The Chickasaw language is part of the Muskogean language family, related to Choctaw, Creek, Seminole, and others. The Chickasaw supreme being and creator was referred to as Aba' Binni'li' (Sitting/Dwelling Above), later known as Inki Abu (Father Above) after Christianity was introduced. Storytelling preserved tribal and family histories, a central part of Chickasaw culture. Rivers and traces (pathways) were important as routes for transportation, trade, and fishing and hunting; the Natchez Trace Parkway today follows a route the Chickasaw people once used as part of their trade network with other Southeastern tribes [2].

After Europeans arrived, Chickasaw began trade with the French and English and came to be known as the "Spartans of the Lower Mississippi Valley". When the French and Indian War broke out in the 1730s, the Chickasaw allied themselves with the British, defeating the French in the battle for the lower Mississippi. But in 1830, Congress passed the Indian Removal Act. Along with the Cherokee, Choctaw, Muscogee (Creek) and Seminole, the Chickasaw were forced to move from their homelands to Indian Territory (in today's Oklahoma). Some of the first schools, banks, churches, and businesses in Indian Territory were established by the Chickasaw. Despite the Chickasaw Nation's progress in their new land, U.S. policies hampered their efforts and sought to eliminate their culture and language. To make matters worse, when Oklahoma became a state in 1907, tribal elections were suspended [2]. During the Civil Rights movements of the 1960s, the Chickasaw and a number of other tribes worked toward reestablishing their own governments, and the first tribal election since 1904 was held in 1971. The Chickasaw Nation established a Constitution in 1983, and a three-branch system of government similar to that of the United States. Priorities of the Nation since that time have been support for infrastructure, economic diversification, and providing programs and services to improve quality of life [1; 2].

The Chickasaw Cultural Center
The Cultural Center complex features a number of buildings, gardens, galleries, and exhibits. Native plants are showcased alongside a photo gallery of notable Chickasaws in the Aaholiitobli' Honor Garden, which sits adjacent to the Oka' Aabiniili' Water Pavilion. At the center of the complex is the Kochcha' Aabiniili' Amphitheater, where stomp dances, living history performances, concerts, and cultural presentations are held. The Chikasha Inchokka' (“Chickasaw house”) Traditional Village is a historical recreation which includes a Council House, summer and winter houses, a corn crib, a stickball field, and a replica mound, all surrounded by a stockade fence. Here, interactive activities, lessons, and events are held, such as tours, storytelling, traditional games, food festivals, language lessons, and demonstrations of stomp dancing, cooking, archery, hide scraping, and other cultural activities. Nearby is the Spiral Garden, which grows the "Three Sister" staples of the Chickasaw traditional diet: squash, corn, and beans. The produce is used for the Cultural Center's restaurant, the Aaimpa' Café [1].

Indoor facilities include the Holisso Center for Study of Chickasaw History and Culture, an extensive research library; and the Exhibit Center. The Exhibit Center entrance, The Aaishtaya' Room, features a mosaic wall and an etched glass replica of a 1723 deerskin map. A short film plays in the Council House room, while the Anoli' Theater screens longer features (including the Film Forward initiative of the Sundance Institute), as well as hosting demonstrations, fashion shows, cultural presentations, lectures, and workshops. The Center also holds two fine art galleries with rotating exhibits, a history gallery with interactive stations as well as music and artwork, a dance demonstration area, and the Spirit Forest exhibit [1].