The Altamonte Springs Chapel is an old-fashioned wooden chapel that is located in central Florida. It is north side of 463 and east of the Maitland Avenue, back in the days a sandy road which is now known as Altamonte Drive. This is a church that believes in the living of faith, god, and the eternal spirit. 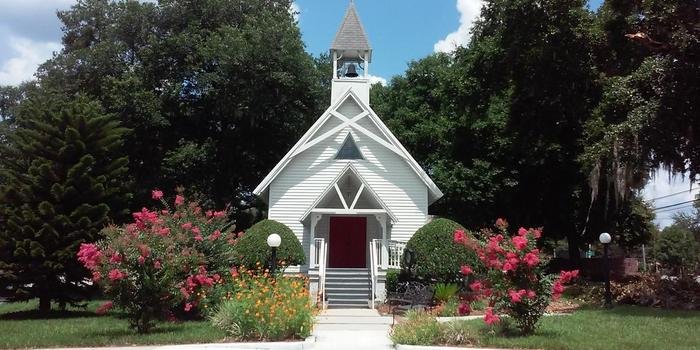 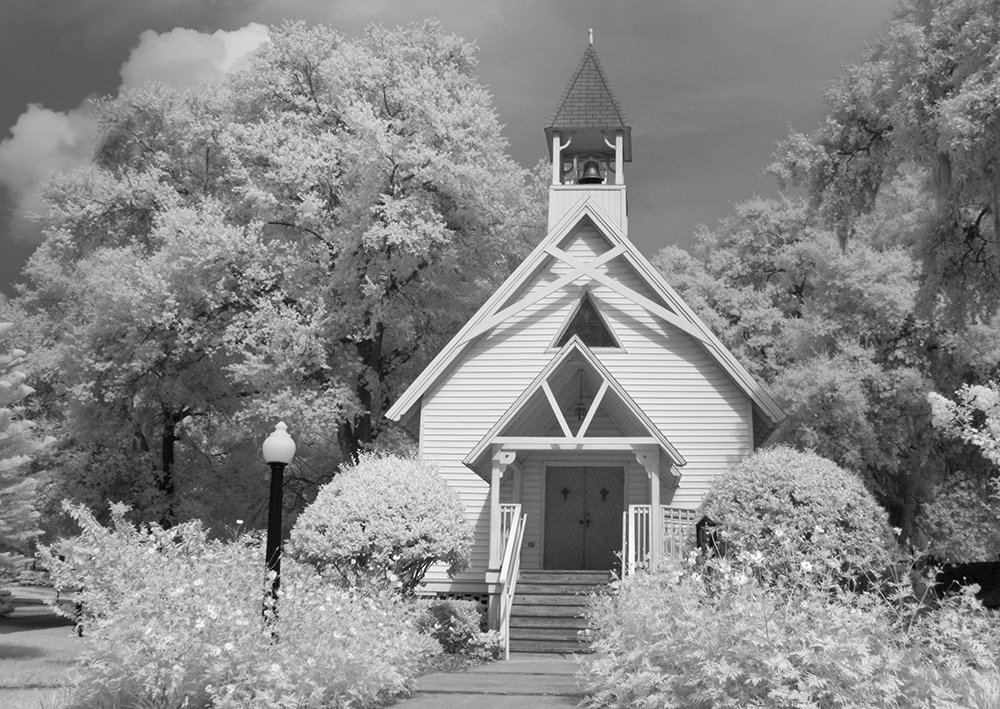 The 1800s
According to the Seminole County Historical Society and the research done by Jim Robison, in 1882 just like many other New Englanders a couple by the name Carl and Ella Cushing would come to Florida, specifically Altamonte Springs from Boston every year. Ella Cushing gave the idea to build a church, so when they would come down she would be able to attend. With the help of many different donations in March 23,1885 the Chapel was built and completed by an architect who was also from Boston named Josiah Clouser. Josiah Clouser not only built the Chapel but as well as many of Central Florida's landmarks. With the help of table and chair donations from J.S Paine of Paine Furniture located in Boston the Chapel held their first service in the winter of 1886. Even though it was the Cushing's idea they built it on 3 acres of land on Lake Brantley that was donated by the Lewton Family. When it was first built it was under the name “Lake Brantley Union Church” and later on became the "Altamonte Springs Chapel". It was first attended by a group of settlers from New England. Unfortunately the orange groves the settlers relied on for survival froze during the winter time of December 1894 and February 1895.  Eventually they ended up having to move away in order to find food for survival. The chapel was left isolated and was reverted back to the Lewton's. Around 1897 the Lewton family fell on hard economic times and moved away to Winter Park because of the orange groves. They were able to persuade Rollins College to exchange the chapel plus two acres of land, in order to pay for their daughters college tuition.

The 1900s
Contrary to popular belief, the chapel was not "abandoned". The Fullers were married there in 1890s and in 1903 Arthur Fuller took a picture of his wife and their kids standing in front of the Chapel 2 years before it was relocated in front of their home. Maxwell McIntyre a wealthy New Englander paid Rollins College $600 for only the Chapel, not the acre it was on. Because of this the Chapel had to be moved piece by piece to land McIntyre owned. The specific address is still unknown as of today but all that is known is that it was facing the Altamonte Avenue. Since it was moved they were able to fix up the chapel. Around this time there were about 73 families living in Altamonte Springs and the first worship was held in 1908. Services were only held October or November, closed during the winter time and reopened after Easter. A letter that was written by Irene Fuller that was found by the Seminole County Historical Society stated that the minister at the time was named George Gibb from Apopka which was a close friend from the McIntyres. Mr. McIntyre died but Mrs. McIntyre chaired the trust until 1942 according to the Seminole County Historical Society and the Museum of Seminole County History. In 1943 the Altamonte Springs Chapel became a congregation church, becoming a United church of Christ church.  In 1955 more families started attending the services and eventually it was opened all year round.In 1958 Mrs. McIntyre passed over the full title and the land to the chapel's board. After many years, they decided to move it again in 1969. Even though they moved and rebuilt it they still wanted to keep the same concept of The Chapel being an “old-fashioned wooden chapel”. The inside is more moderate but they decided to keep the outside look like that to shows the history of how long it’s been around and the significance to many families in town.

Today
The Chapel is today located on 825 E. Altamonte Drive Altamonte Springs, FL 3270 between 4 ½ -7 miles from where it was originally built.  The Altamonte Springs Chapel is also a church that helps the community by helping those in need for example: the homeless and many different charities. Every Sunday at 9:30 AM and 10:30 AM the services are held by Rev. Dr. Robert Melhorn who is the church’s pastor. They offer Sunday church school for kids while the parents are in service.  After service, you are always welcomed to stay for snacks, some coffee and socializing time! Not only do they hold services but as well as bible study which is held every Wednesday at 7:30 PM, youth ministries activities, bingo in the social hall, boyscouts meetings, jazz jam, and of course wedding for which they are very known for!