Bedstemor’s House was built in 1908 by Jens Otto Christiansen, a Danish immigrant and Elk Horn businessman. According to local stories, he built the house as an engagement gift for a young woman who sadly turned down his marriage proposal. The building was added to the National Register of Historic Places on January 16, 1997. It has been a historic house museum since the early 1980s, first by the Elk Horn-Kimballton Arts and Recreation Council, and starting in 1990, by the Museum of Danish America. 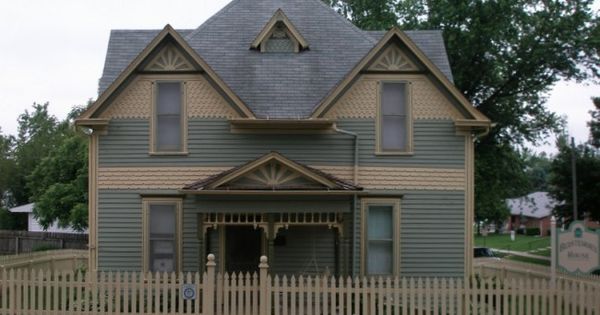 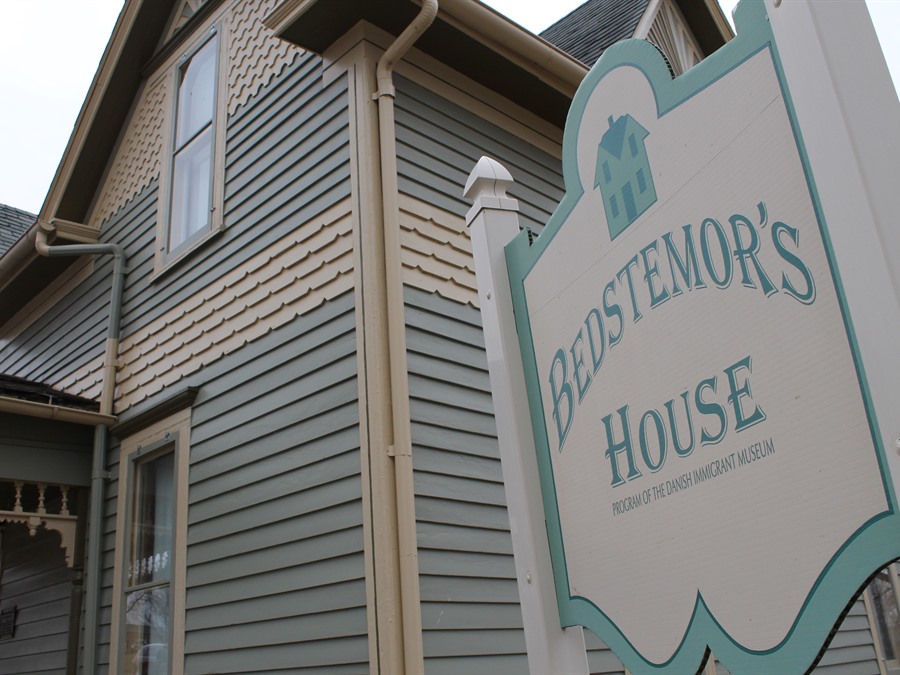 The Jens Otto Christiansen House is located in the town of Elk Horn in Shelby County, Iowa. The one-and-one-half story frame dwelling was built in 1908. The design of the house is a basic four-square plan, with the exterior distinguished by the use of triangular gabled wall dormers and decorative woodwork and shingle siding. The dwelling is distinctive in design and this illustrates building trends and construction trades reflecting of the presence and influence of the Danish immigrants who settled the towns of Elk Horn and nearby Kimballton. This is an area that constitutes the largest Danish rural settlement in the United States. The Christiansen House has been little changed since it was constructed, with almost all of its original design and structural components in place, and therefore conveys quite effectively a typical Danish immigrant's home of the early twentieth century. It presently serves as a house museum known as "Bedstemor's," or Grandmother's, House.

The skills and design selections of carpenter and owner, Jens Otto Christiansen, are evidenced by the overall design and composition of both the interior and exterior of this dwelling. Christiansen was born in Avlum, Jutland, Denmark, in 1864 and immigrated to the United States in 1889 at the age of 25. He worked as a carpenter at various points in his life. He first settles in Minnesota where he lived for two years. Around 1891, Christiansen moved to Orum, Nebraska, where he lived for several years before moving to Omaha. While living there, he worked as a coachman for a wealthy judge. He did not find this occupation to his liking, and moved to Blair, Nebraska. By 1901 he had moved to Iowa settling in the Danish immigrant town of Elk Horn in Shelby County where he attended Elk Horn College. He became a naturalized citizen of the United States on May 14, 1907.

Christiansen purchased two lots in Elk Horn in 1907 for $300, resulting in parcel large enough for two houses. On these lots, Christiansen built two houses. The house in question was likely constructed in 1908, a year which was, in fact, a peak year in housing construction in the Elk Horn-Kimballton area following the arrival of the Atlantic Northern Railroad to these growing communities.

It is unknown if Christiansen ever lived in the home himself, but he rented the home to several families until he sold it to the Salem Old People’s Home in 1933 for “one dollar and other valuable contributions.” In 1946, the house was sold to Meta Mortensen, also of Danish descent. She lived in the home for 36 years, making only a few notable changes. The roses that she planted along all four sides of the house still bloom.

In 1982, Meta sold the house to the Elk Horn-Kimballton Arts and Recreation Council. The Council spent a year restoring the home to reflect the turn of the century. They named it "Bedstemor's House," using the Danish word for "Grandmother," in honor of Meta Mortensen who was herself a Danish-American grandmother. The Council operated the house for seven years until it was deeded to the Museum of Danish America in April of 1990. The building was added to the National Register of Historic Places on January 16, 1997.

The Museum of Danish America continues to operate Bedstemor’s House as an historic house museum, interpreting the home in its first decade. All rooms are open for viewing.

Bedstemor’s House is open to the public between 1 pm and 4 pm from Memorial Day weekend through Labor Day, and by appointment throughout the remainder of the year. The house is located at the corner of College and Union Streets.