The Museum & Library of Confederate History is operated by Camp 36 of the Sons of Confederate Veterans (SCV). While historians begin with questions, seek sources, and form their conclusions based on what they discover, the Sons of Confederate Veterans are quite different as they were formed to defend a single interpretation: the vindication of the antebellum South. While some chapters of the SCV have made efforts to promote inquiry, the goal of the leaders of this museum is made clear from their website which attacks Abraham Lincoln and refers to the Civil War as the "War for Southern Independence." As of August 2019, the museum website also equates Reconstruction--a period after the war when the political rights of African Americans were enforced by the military--with European Communism. While the goal of the organization is clearly stated and needs to be understood before visiting this museum, the galleries are home to numerous artifacts and some exhibits that accurately portray the hardships of wartime for soldiers and white Southern civilians. Two rare features you will find in the museum are the Morse Carbine and a piano manufactured in the 1850s. The Morse Carbine was manufactured in Greenville, South Carolina during what this museum labels "the War for Southern Independence." The SCV is similar to and works with members of the United Daughters of the Confederacy (UDC) which was also formed by white Southerners after the war with the goal of "defending" the honor and memory of the antebellum South. UDC members were extremely effective in shaping the popular memory of the Civil War by influencing curriculum and by building monuments that celebrated Confederate leaders. In recent years, more people are turning to the works of scholars and questioning the propriety of these monuments in pubic spaces. While some UDC and SCV chapters are responding by focusing their efforts on cemeteries and battlefields, others have responded with lawsuits and even attempt to block the erection of monuments and historical markers that recognize the experience of white Unionists and African Americans.

In the main gallery, you will find on display an Ellsworth gun on a carriage. 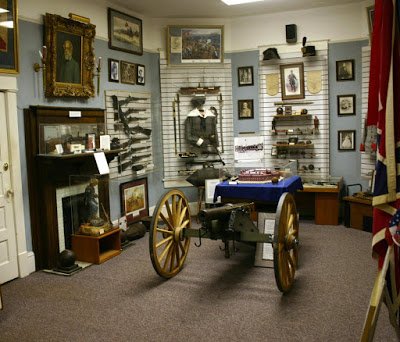 These Morse Carbine manufactured in Greenville, SC during what the museum refers to as the "War for Southern Independence." 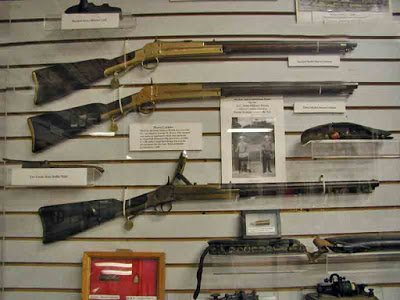 A Union soldier's cavalry shell jacket, Confederate soldiers often wore these during the early months of the war. 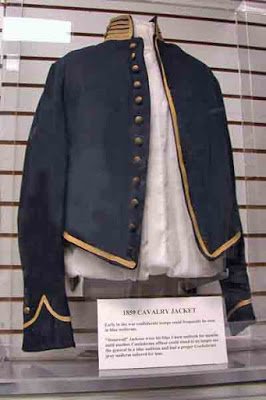 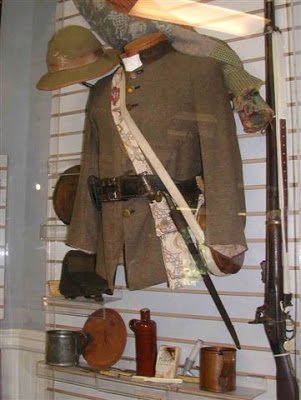 Medical instruments and supplies used during the war. 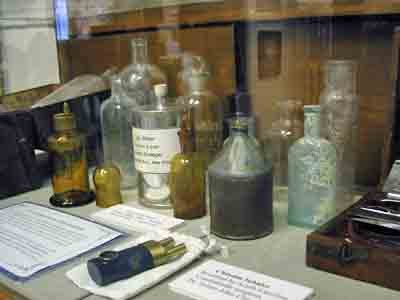 The Museum and Library of Confederate History is operated by the SCV, an organization formed to vindicate the antebellum South. 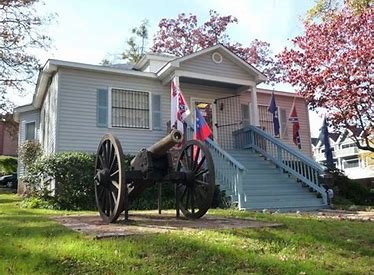 United Daughters of the Confederacy (UDC) was founded in 1894 for the purpose of supporting Confederate veterans and defending the perspectives of white Southerners who supported the Confederacy. The organization raised significant support for hospitals that served men with serious injuries and also dedicated funds for reburials of men who had been hastily buried. The organization is best-known today for its primary activity, a massive campaign to dominate the historical memory of the war by building monuments and determining what books and other materials would be utilized by schools. One of the most influential early leaders of the UDC wrote a book that celebrated the KKK while several national leaders wrote essays defending slavery. The UDC used a variety of methods to convince future generations that slaves were treated kindly as demonstrated by this call-and-response "catechism" that became a required ritual in many Southern schools:

According to scholar Elizabeth Hayes Turner, the "open-mindedness that accompanies intellectual inquiry never presented itself for adoption among members of the UDC. Their goal was propagandistic..." Turner concludes that UDC members were worried that the next generation of white Southerners might entertain views that were "critical of slavery or of the Lost Cause" which posited the South fought for freedom against a hostile Northern invasion of their region.

The SCV and UDC also waged a campaign to erase the history of the millions of Southerners who supported the Union. To learn more about the UDC, please consider the book by Karen L. Cox entitled Dixie’s Daughters: The United Daughters of the Confederacy and The Preservation of Confederate Culture.

One of the new additions to the museum is an 1857 12-pound Napoleon cannon that sits on the front lawn of the museum. However, once inside you will come across the main gallery featuring an Ellsworth gun and much more. The museum also offers artifacts such as an original 1860 Gilbert Square Baby Grand Piano, a rare Le Mat pistol manufactured in Paris, Confederate soldier’s uniforms, and medical instruments and supplies used during the war.

Karen Cox, Dixie’s Daughters: The United Daughters of the Confederacy and The Preservation of Confederate Culture, Second Edition, University Press of Florida.