The Chicago Maritime Museum works to preserve and raise awareness of Chicago's maritime history. The city became the major metropolis it is today because of its location between the Great Lakes and Mississippi River system, enabling it to become one of the most vital ports in the United States. The museum opened in 2016 on the first floor of the Bridgeport Art Center, and posseses a collection of over 10,000 artifacts. Items of note include a large collection of historically significant canoes and an original diving suit from the 1915 Eastland disaster. The museum also hosts a historical maritime lecture series as well as other community programs. 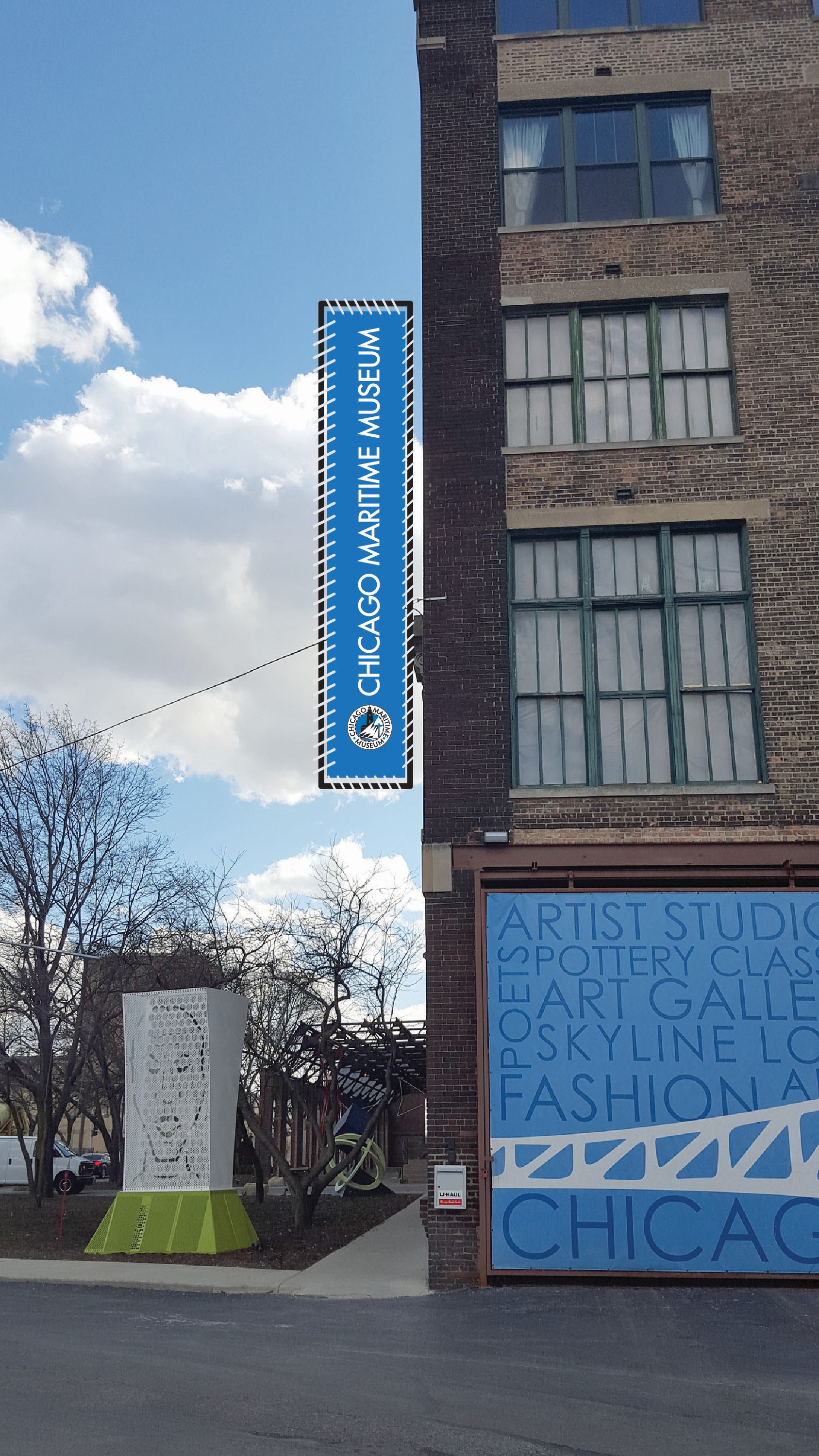 The museum traces the history of Chicago's waterways, from its use by Native Americans and fur traders to today's recreational boaters. Image courtesy of the Chicago Maritime Museum. 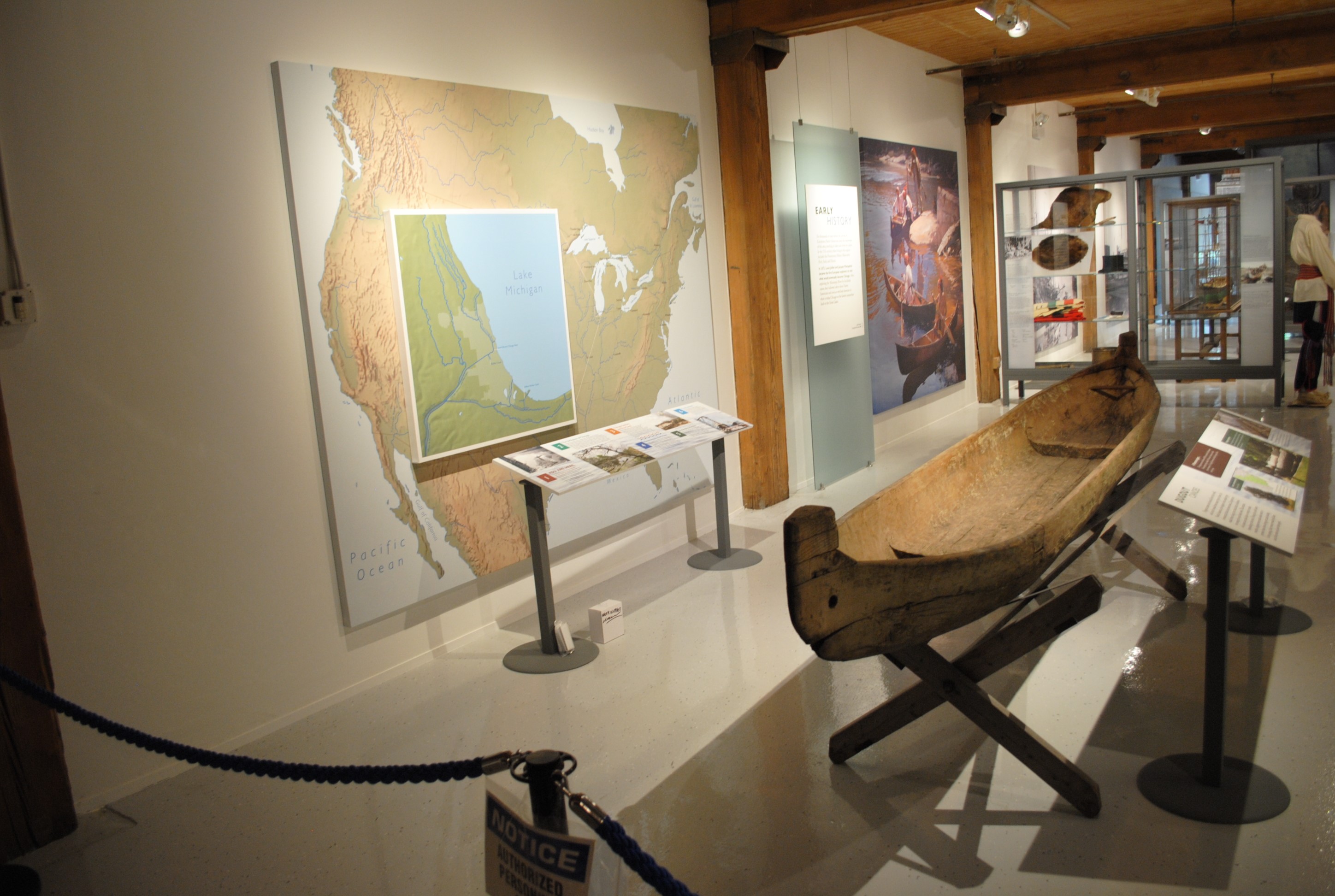 Chicago's strategic location between waterways made it one of the busiest seaports in the world during the nineteenth century. Image obtained from Classic Chicago magazine. 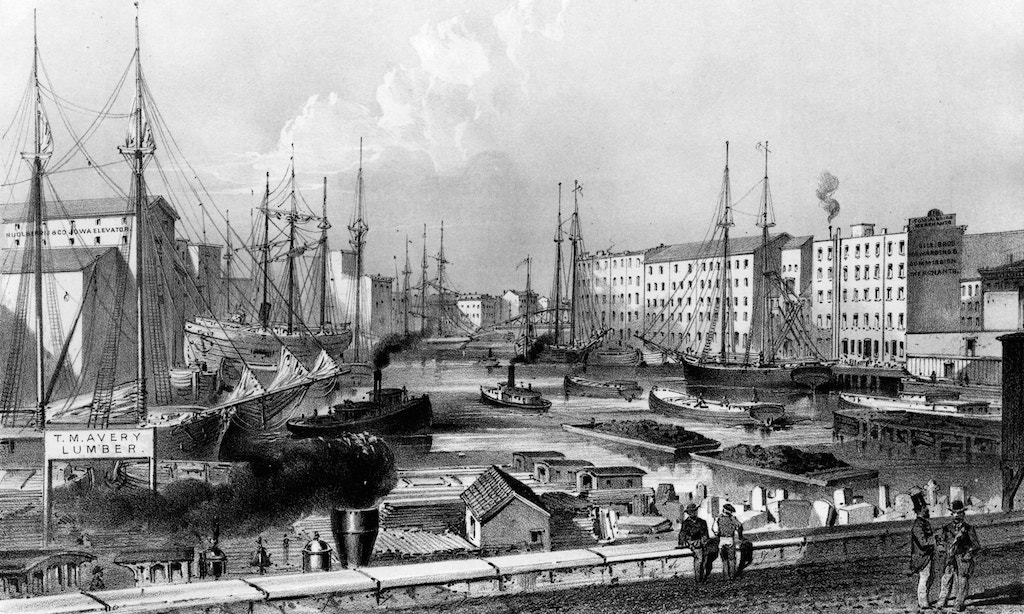 One of the museum's most popular items is this original dive suit used during recovery efforts following the U.S.S. Eastland disaster in 1915. The ship capsized at port, killing over 800 people. Image courtesy of the Chicago Maritime Museum. 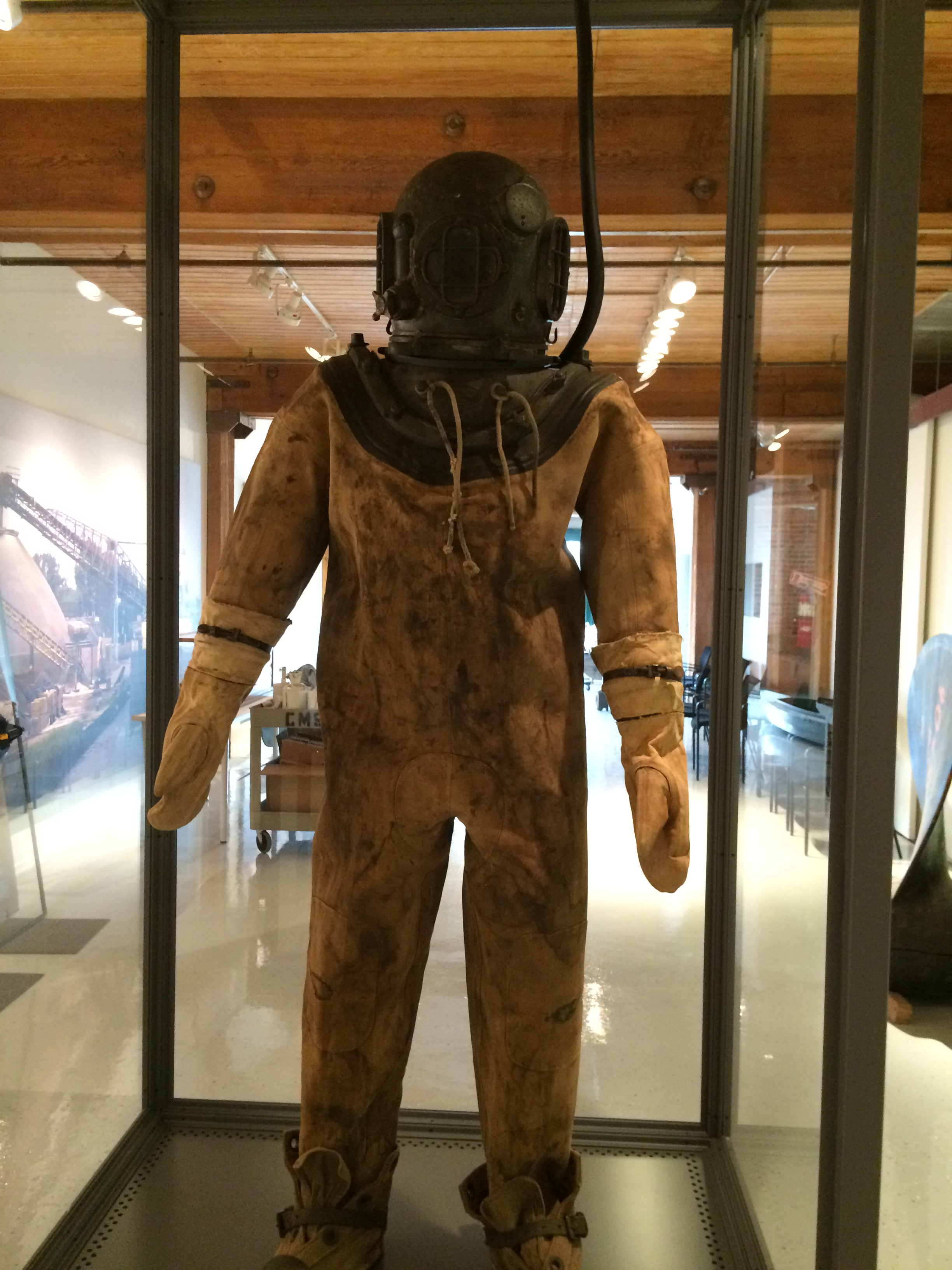 The growth and success of Chicago is directly attributable to the city’s strategic location between the Great Lakes and the Mississippi River system. The area’s potential was first revealed to Europeans in 1673 when French explorers Louis Jolliet and Father Jacques Marquette were led by Native Americans to a small portage connecting the Des Plaines River (a tributary of the Mississippi River) and Chicago River (a tributary of Lake Michigan). The portage, a piece of land suitable for transporting cargo and small boats from one body of water to another, made it possible to travel from the Great Lakes to the Mississippi River and down through to the Gulf of Mexico. A thriving fur trade soon started developing in the region between the Native Americans and the French; later the French would be replaced by the British, and then the Americans. Many towns and settlements grew around the area to capitalize on the trade.

The City of Chicago was not officially founded until 1830. In 1848 the Illinois & Michigan Canal was completed, which replaced the portage and allowed for complete waterway access from the Great Lakes to the Gulf of Mexico and beyond. The city grew rapidly as it was flooded by a new wave of commerce. Wharves, warehouses, and factories crowded the shores as hundreds of ships filled the waters, carrying goods destined to be transported all over the world. Despite being far inland, Chicago became the busiest port in America by the late 1800s; at one point it was frequented by more ships than at San Francisco, New York, Philadelphia, Mobile, Charleston, and Baltimore combined. During the early 1900s traffic began declining in Chicago as newer ships were too big for the harbors, and the river shipping industry overall was displaced by the rise of railroads and automobile highways. By the 1920s, all of the wharves had been demolished. Today the commercial port is located in the Calumet River, while the shores of Chicago are primarily dominated now by recreational boating.

With most of the visible remnants of Chicago’s maritime history gone, efforts were made to save what was left. The Chicago Maritime Society was established in 1982 to preserve and tell the story of Chicago’s relationship with the area’s waterways. Over the years the society collected over 10,000 artifacts of maritime history, but lacked a place to permanently display them. Finally in June 2016 the society, now under the name Chicago Maritime Museum, opened a permanent location on the first floor of the Bridgeport Art Center. The 10,000 square-foot space was designed by architect Dirk Lohan, chairman of the museum and grandson of famous architect Mies Van Der Rohe. The museum is located in Chicago’s Bridgeport community, and sits by the shore of Bubbly Creek, a tributary of the Chicago River; the museum eventually hopes to move to Navy Pier for its stronger connections to the city’s maritime history.

The museum displays a chronological history of Chicago’s waterways from the days of French fur trading to recreational boating in the modern era. Artifacts on display include artwork and images; various model ships; a large collection of historically significant canoes, many belonging to popular canoe maker Ralph Frese; and the only surviving diving suit used in recovery efforts following the U.S.S. Eastland disaster of 1915. The museum also engages with the community through different events, including hosting lectures on historical maritime topics as part of the Bridgeport Art Center’s Third Friday Open House.