The Mine Run Campaign Historical Marker

The marker for this battle is located in Locust Grove Virginia in Orange County. 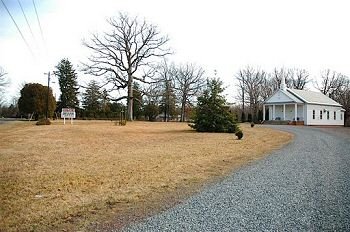 In the winter of 1863, General George Meade and his army came face to face with Robert E. Lee's Confederate Army. Under pressure from Washington after the Bristoe Campaign, Meade crossed the Rapidan to flank General Lee. Meade was wanting to move fast so he limited his troops to an eight-day ration to cut down on the need for heavy wagon loads of supplies. Meade's Army was made up of about 84,000 troops compared to Lee's 49,000 troops but the slow pace of some of Meade's subordinates allowed Lee to acquire a superior defensive position. At the end of the battle, both armies had suffered a great loss without a decided victory. Lee lost 680 while Meade had lost 1,272.